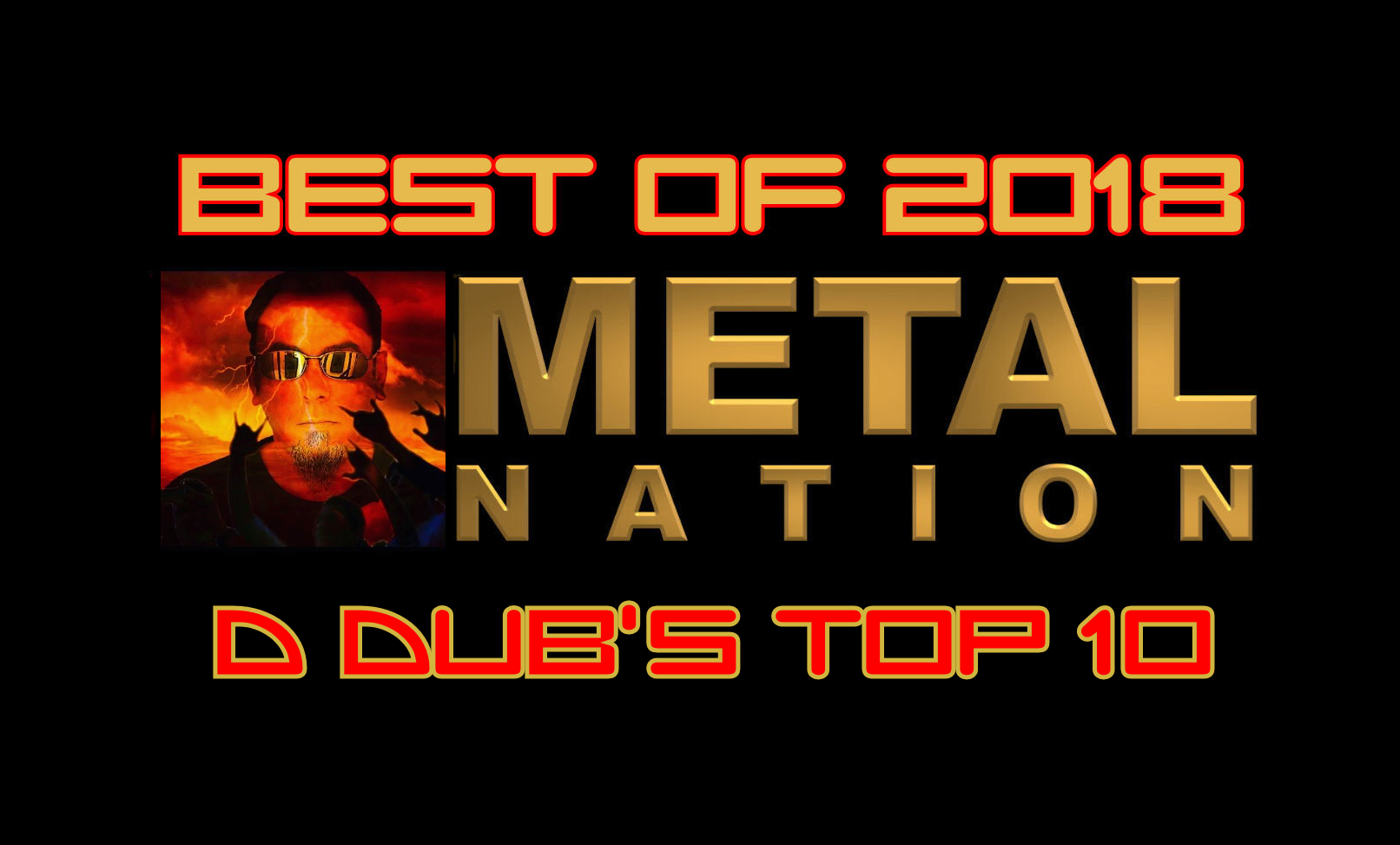 Best of lists have always been a challenge for me.  Call me fickle, but I feel like my interests are constantly fluctuating based on mood, life events, patterns, etc.  It seems an ever changing dynamic playlist sometimes even tailored to the task at hand.  However, being in the business of entertainment writing, this time of year demands one to focus and make a solid choice, a list if you will.  So here’s mine for 2018.

**For those unfamiliar with my articles, I thrive on the independent artists.  Those without major backing who manage to still put together an amazing sonic offering all on their own.  My lists are typically dominated by said bands with the occasional visit from a big name… **

Let us first begin with a few “Honorable Mentions.” The albums that didn’t make the list, but still deserve a shoutout for various reasons. 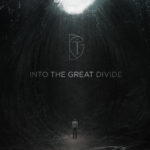 An excellent debut prog offering from Zack Zalon who took a different approach to telling an instrumental story.  This album features 10 songs each with an accompanying narrative intro setting the scene.  Instrumental prog can sometimes loose the laymen listener leaving it strictly to the music solely to tell the story.  Zalon’s creation presents a guide to aid you in the experience.  Add in Mike Mangini delivering the drum/percussion work and you’ve slathered some tasty icing on this prog cake.   Album Review Interview with Zack Zalon 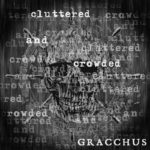 Hailing from Switzerland, Gracchus have their own blend of hard rock bordering on metal, and now even adding in some prog feels.  I have followed this band for a few years now and am consistently excited for their releases.  In September they dropped this 5 track ep featuring 2 brand new tunes plus a cover of Black Sabbath‘s “Into the void”.  Had there been more new material on this release, I’m positive it would have made the list.  The two new tracks, “Carnival” and “Change the Track” show a growing band not afraid to stretch their limits.  I was also impressed with the Sabbath cover considering some covers are mere duplicates of the original.  Gracchus take this old classic and put their Swiss spin on it making it their own. 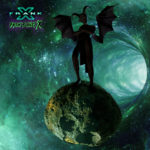 The third installment in the Frank X Lucifer trilogy.  Frank paints a humorous picture of Lucifer’s endless attempts to dominate the universe, ripe with hilarious characters and skits.  This one man creative force has an innovative way to create a sonic landscape that not only rocks, but conveys a story or love and heroism.  From Planet X sees Lucifer humiliated and beaten down with our hero, Buzzter saving the damsel in distress, Lucy, from eternity with the fallen angel.  This was an excellent culmination of a thoroughly entertaining story.  Album Review  Interview with Frank X 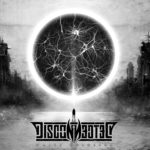 Released in March, White Colossus is the debut release from France’s Disconnected, and what a solid debut it is!  Disconnected blend so many elements of hard rock and metal with seamless effort and precise execution.  There are crushing riffs, infectious melodies along with Ivan Pavlakovic‘s dynamic vocal performance.  This album demonstrates Pavlakovic’s ability to serenade the listener with emotive singing as well as tear your face off with strong growls/yells.   Well written and performed, White Colossus is the debut album that all bands should strive for, one that leaves the listener wanting more and eager to see where the band takes it on the next one. Album Review 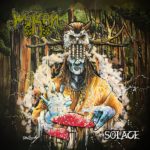 Eohum‘s Jeremy Perkins is at it again; creating interesting and innovative heavy music with a level of depth intriguing to most spelunkers.  Wykan is his latest project that blends stoner rock and black metal with some progressive glue to create a sound that carries the listener to a dark plain of existence.  While Solace is only a 3 song ep, it contains 24 minutes of melodically dark riffs, hammering drums, ethereal solos and an atmosphere set inside the story of the ancient Saami tribe of Northern Europe.  Yes indeed, I want more! Album Review  Interview with Jeremy Perkins 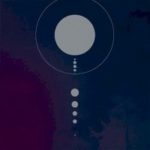 This past year Tesseract released their fourth full length album combining all of their experiences thus far with an engaging tale about humanity’s journey and the liberating, yet staggering, realization that we are but a small piece of the whole.  In true Tesseract fashion, Sonder is ripe with huge riffs and groove delivered flawlessly within strange time signatures and odd meter.  This album has so many peaks and valleys you’d think you were on the most detailed sonic roller-coaster you could imagine; up, down, over and back again. Album Review 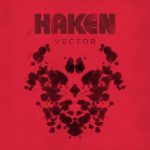 British prog titans Haken released their fifth full length album in 2018. Vector is comprised of 7 epic songs that bring the band to a new level of prog metal. While encompassing their diverse blend of odd time signatures, infectious melodies and innovative structure, Vector also turns up the heavy dial a few notches. The album runs with the broad concept of human psychology and the perils of mental health, bringing thematic influences from historical researchers like B. F. Skinner and classic films such as Stanley Kubrick‘s “A Clockwork Orange.” The depth to this album is both impressive and entertaining.

While Vector is their shortest album to date, it is jam packed with creative and masterfully orchestrated songs topped with intelligent lyricism. It may go without saying the musicianship is nothing short of virtuoso level playing, but I wanted to mention it anyway. If prog metal is your thing, do yourself a favor and have a feast on Vector. Album Review 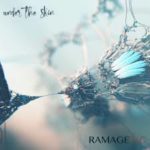 Epic melody on top of massive groovy riffs exacted by consummate professionals describes the best band you’ve possibly never heard before.  Ramage Inc. continue to release engaging heavy melodic prog ripe with emotion and sonic pleasure.  Under the Skin is just over 60 minutes of awesomeness from this quartet from Edinburgh, Scotland, and is a satisfying listen from the first moment to the last ringing note.  My only complaint about this band is the distance between us and the expense it creates to enable the live experience.   I think it’s fair to say I’m a Ramage Inc. fan for life! Album Review 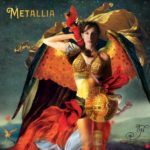 Being a fan of progressive music, it sometimes makes me hard-pressed to find something different, something I don’t feel I’ve heard before.  In walks Oh. and her latest release, Metallia, to shake it all up!  Explained to me as a ‘one-woman’ band, I honestly didn’t have my hopes too high.  Then I heard the music and had my socks blown off.  Metallia is a sonic offering oozing originality and masterful composing.  Olivia Hadjiioannou approaches her writing in an extremely deep and introspective level that it comes out like an expensive counselling appointment that has you feeling healed and rejuvenated.  If you like prog-metal and want a different taste on your palate, have a listen to this album and see how you feel afterwards. Interview with Oh. 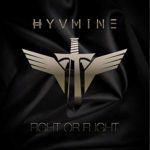 Hyvmine have become my newest favorite band, hands down.  Founded by guitar virtuoso, Al Joseph, this California based band have had an incredibly solid year in 2018.  Fight or Flight is their second release of the year, a three track ep spanning 30 mins in length.  An epic progressive metal tale of struggle and survival that easily rivals the best of bands like Dream Theater or Symphony X.  Each song has numerous parts, heavy killer riffs, beautiful ethereal melodic parts and immensely technical grooves; all this and Al Joseph’s excellent vocal delivery.  Album Review  Fight or Flight Interview with Al Joseph

Rivers of Nihil are a band that keeps hiking the bar for extreme prog metal and, in my opinion, a band that keeps getting better.  Where Owls Know My Name is the third full length installment in the band’s season themed story.  While not bound exclusively to the theme, each release runs with a overarching theme associated to one of the four seasons.  Where Owls Know my Name finds us in fall/autumn where life starts to decay and rot, and is an encompassing package of gigantic riffs, mind-blowing leads and solos, intense vocals as well as a sax!  Yes, a fucking sax in extreme prog metal!!  It’s so juicy.  This album is still in regular rotation in my world and brings fond memories of their performance in a local pub in the summer.  Solid performance of a solid release.  If you haven’t heard it, make the time, please. Album Review  Interview with Brody Uttley 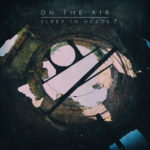 Another debut album on the list, On the Air from Ukraine’s Sleep in Heads hit me and hit me hard.  Not because it’s balls out heavy, because it’s not.  This album has a sound and feel that brings me back to the days when I spent a lot of time listening to various alternative bands, back when alternative was just that, music that did not fit into any other category.  Sleep in Heads still fits within the progressive hard rock/metal genre, but contains this atmospheric and ethereal tone that just warms me from within.  On the Air is full of excellently executed music, hypnotically comforting vocals and violin parts as a special treat.  I’m only now learning that they may be experiencing a switch in vocals, so we’ll see what the future hold.  Regardless, I do believe that this band will be delivering more enticing sonic offerings in the time to come. Album Review 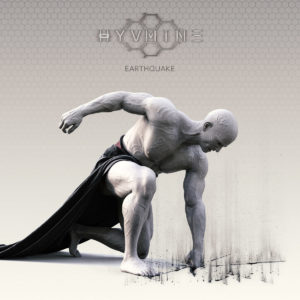 As mentioned earlier, my new favorite band right here.  Earthquake is the debut release from Hyvmine, released in January, and saw the band coming out of the gates in a fury!  Comprised of a few tunes from founder Al Joseph‘s instrumental solo record, Earthquake saw Joseph putting vocals to his tunes to give them a new feel, and new look.  Personally I think it was a smart decision because it opened the door to a lucratively creative project.  This debut album packages clever progressive writing with engaging emotive vocals delivering a playlist of songs that span the listener spectrum.  Prog fans can feast on the time signatures underneath the kickass riffs, lovers of a well written song can enjoy the structure and execution, while the layman listener can sing along to Joseph’s infectious vocal lines. It is an encompassing package that will satisfy music lovers of all types.

Hyvmine had a solid year in 2018 with this debut release followed up by their three track ep, Fight or Flight (released in July), and topped off with the release of another single, “Retaliation”, that came out before the year’s end.   Perhaps one of the hardest working bands this year in terms of product output and quality. Every sonic gift they gave this year remains in heavy, and I mean heavy, rotation in my world, and they remain the band I am most excited to continue following from here on in.  For me, 2018 was the year of the Hyvmine!!  Album Review  Interview with Al Joseph