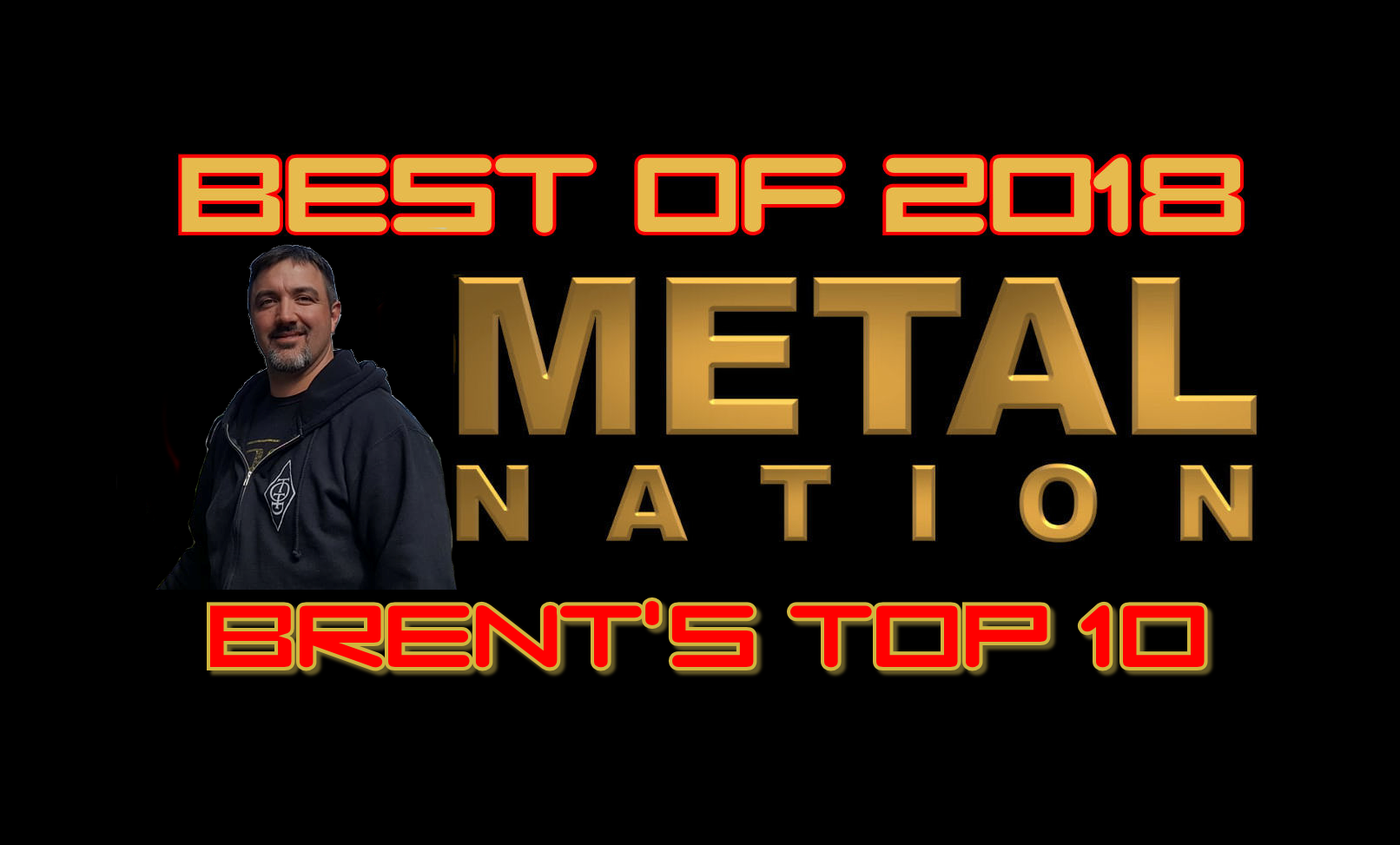 Blessed black wings to you all! Another excellent year of metal music has nearly reached its end. As we grow and change, so does our taste in music. I glanced at my list from last year and can easily say that this year’s version is much, much heavier. As is always the case, these are more of a conversation starter and a way for us to recognize some excellent music from the past year. Horns up! 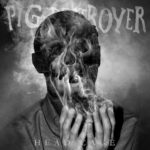 Have to hear: “The Torture Fields”

Told you we were heavier! Virginia’s Pig Destroyer caught my ear due to their sheer brutality and speed. I’ve listened to this album multiple times in a variety of settings and moods. They just flat out get after it from track #1. Six albums and 20 years into its storied career, Pig Destroyer has arguably created its most ambitious and cohesive affair with Head Cage. Grindcore isn’t quite my niche, but with more albums like this, that could change in the near future. 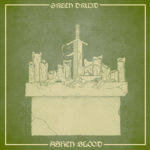 Have to hear: “Agoraphobia”

I have not been able to escape this album all year. Green Druid pulled me into the void this spring and I haven’t been back since. The trio from Denver, CO has created a version of doom metal that finds the darkness within you instead of drowning you in it. It feels like swimming in a pool in the middle of winter, at night, but without feeling cold or being scared shitless. You just float to the next track. Incredible patience and layering makes Ashen Blood a kickass underground find for the year. Green Druid will be a staple of the stoner/doom/psych scene for the foreseeable future. For more on this album, check my review.

8. Uncle Acid and the Deadbeats – Wasteland  (Rise Above) 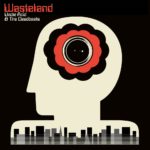 Have to hear: “Shockwave City”

Uncle Acid is straight out of 1968. They have a signature sound that only continues to feed upon itself. I swore the first time I heard “Shockwave City” my stream had switched to a badass Van Halen riff repeater. If you are looking for some straight-up heavy rock n’ roll with a little side slice of horror/doom, Uncle Acid is your ticket. Their previous efforts have produced some instant classic songs, but overall, Wasteland is their most complete effort. Hoping to catch them and Graveyard in 2019! 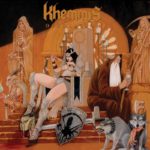 Have to hear: “Bloodletting”

Keeping things on the Front Range of the Rocky Mountains, Khemmis threw down a doom-filled gauntlet in June with their third album, Desolation. Also based in Denver, Khemmis takes the riffage, down-tuning, and harmonies most associated with doom and adds another entire instrumentation component with their vocals. Phil Pendergast soars throughout, arching for the heavens in one verse and wraithing a growl through the next. Khemmis is arguably one of the biggest metal bands to come out of Denver in quite some time. Desolation only improves their chances of securing that mantle. 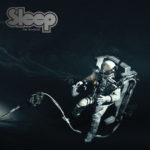 Have to hear: The whole damn thing!

So pissed. So pissed I wasn’t there.

After attending Portland’s metal marathon Stumpfest in 2017, and a planned return most definitely on the list in 2018, I was unable to get back to Mississippi Studios. What made that even worse was as I was reading about the three day show just a few days after it was over, Matt Pike had personally delivered The Sciences to the crowd for a listening party of the ENTIRE album. Still pissed about it today. Sleep are THE stoner band. After being tucked away for about 20 years, they returned with a record that only they could produce, full of 10-minute-plus interludes and fuzz for days. Wouldn’t expect anything less from Pike, Al Cisneros, and Jason Roeder. Just awesome to hear them once again in their infinite glory. 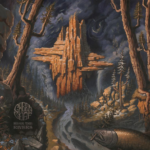 Have to hear: “The Rumble and the Weight”

Those of you who haven’t heard Dozer, you should stop reading now and check them out. Through The Eyes of Heathens or Beyond Colossal will do the trick. Now give that band 10 years more experience, more textured songwriting, and a warmer sound to get Greenleaf. Essentially a Dozer side project for most of the band, Greenleaf has clearly put it all together in Hear the Rivers. “The Rumble and the Weight” will give you everything you need to know from yet another great band out of Sweden. Skol! 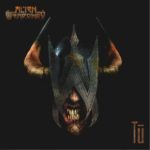 Have to hear: “Kai Tangata”

We have all heard Amon Amarth, Rammstein, and Slipknot, bands that are heavy as hell and represent the geographic area they are from (Believe me, Iowa is its own kind of heavy). It only makes sense that we finally have a contender from the South Pacific. Hailing from New Zealand and representing a legitimate background in Maori language, heritage, education, and culture, Alien Weaponry absolutely exploded in 2018. With an average age of about 18, the men of AW have a sound all their own, mostly because of the aboriginal lyrics and chanting found throughout the album. It is absolutely bad-ass. How this combination has not been put forth before is beyond me, because it makes perfect sense. If there is a new album or band you check out from this list, it has to be Tu. 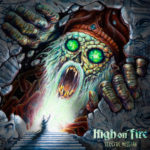 Have to hear: “Sanctioned Annihilation”

My metal journey began in middle school with Pantera and Vulgar… As I grew into adulthood, allegedly, I was able to attend shows and experience different metal styles and artists. One constant in those early 2000’s shows was High on Fire. Bombastic and technical, undertow heavy and shredding lightning-quick solos, the Oakland trio seemed to be on tour every week and opening for every band I saw for four years straight. They have not changed a bit in that time, other than maybe finding a way to stomp through music even heavier than before. Electric Messiah pays tribute to Lemmy Kilmister through lyric and form. It is certainly one of their better recent releases, and one of the best of 2018. 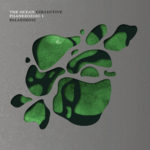 Have to hear: “Permian”, “The Great Dying”

Having been a longtime fan of bands like Isis, when I first heard them, The Ocean became an immediate add to my listening queue. They combine a Porcupine Tree-type sound and vocal style with a little Scott Kelly (Neurosis) added in. Proggy and melodic, Phanerozoic I  is difficult to peg into a specific style. The instrumentation on the band’s eighth studio album varies from song to song, including pieces with piano, others with a cello. The only way I can describe it is that they are aptly named. Exceedingly atmospheric and moody/brooding, The Ocean will gently toss you from side to side, but the water below is certainly dark and murky. The second part of this disc set will come out in early 2019 and it is sure to charm as well. 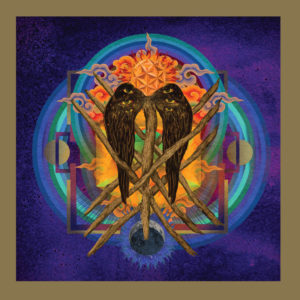 Have to hear: “Beauty in Falling Leaves”

Amongst the many things I enjoy about heavy music, it has to be the genre’s ability to evoke incredible emotions with their music, using lyrics just to add another layer of depth or clarity to what is being heard. Many non-metal music fans just cannot grasp how someone couldn’t care less about the lyrics until the music moves you. When bands can create that level of cathartic connection with sound, then bring in the story of a near death experience and the depths of loneliness with lyrics, you have created a sacred musical bond. Through the honest reflection of willingness to give into the darkness of death, Mike Sheidt and his bandmates in YOB (Aaron Rieseberg and Travis Foster) crossed that threshold throughout their immense effort in creating Our Raw Heart. A biopic of Sheidt’s medical issues and recovery, Our Raw Heart is what metal music can be at it’s finest. Each track showcases the various talents and evolutions of the band, specifically from 2008. Longtime YOB fans would embrace “The Screen” as the iconic sound of the doom lords from Oregon have projected for decades. “Beauty in Falling Leaves” might be my favorite song of the year, and certainly one that will never leave the recents list on my music player. Our Raw Heart captures what it means to actually live, not just be. By producing a career-defining piece of art, YOB takes the helm of the ship as the Best Album of 2018.