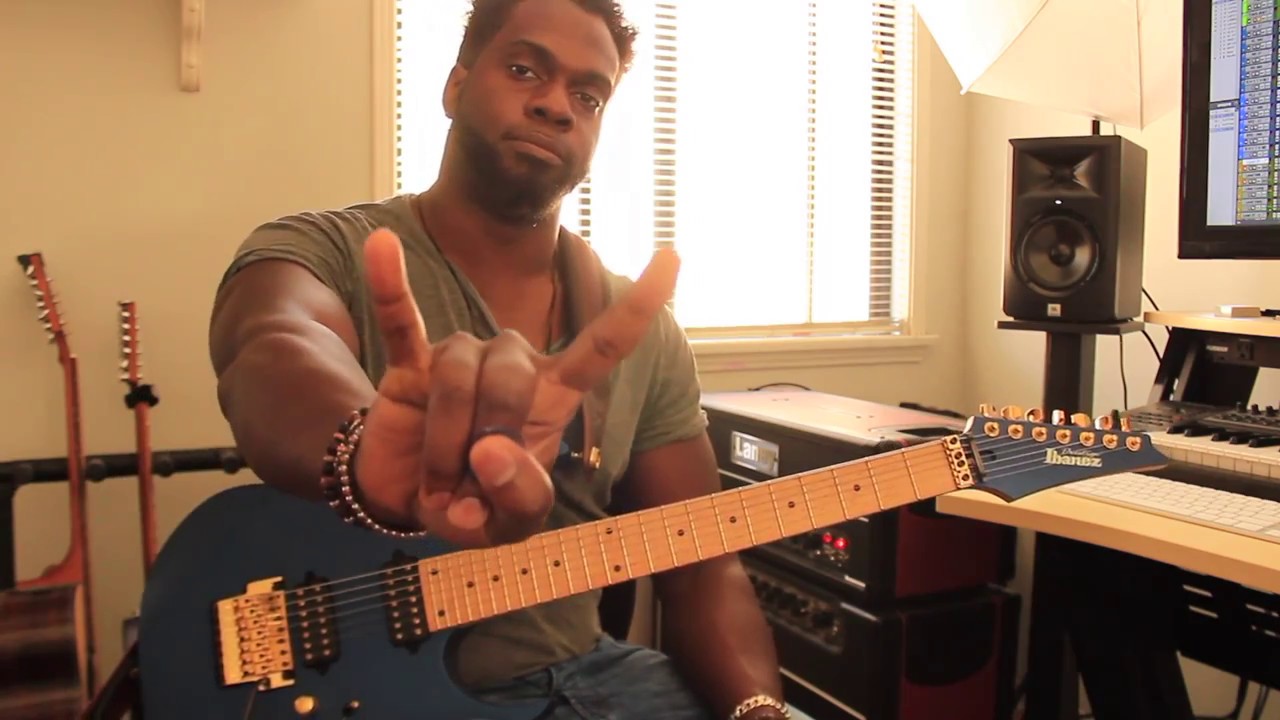 Al Joseph may not yet be a household name, but if you were to make a list of current metal guitarists who exude a level of talent worthy of praise among the biggest names and still maintain precise control over melody and composition, he’d be damn near the top. Only 6 months after releasing their first album, Los Angeles based HYVMINE is wasting no time increasing their musical catalog.  Set to drop on July 13, the new ep Fight or Flight, through their label Seek and Strike,  is a high caliber prog-metal offering.

Coming from the prestigious Berkeley School of Music, Al has spent his time learning and earning his chops.  He also did his diligence with flexing those virtuostic muscles in previous musical releases.  With his most recent project, HYVMINE, Al has taken both the role of guitarist and lead singer.  He rose to the challenge and has conquered the mountain.  I had an opportunity to talk with him about this idea and the new ep, which takes the band’s writing to a new level.

“It’s funny, I don’t consider myself a singer at heart, I am a musician, so whatever serves the project man, whatever the band and the whole operation needs.  That’s why I got back on the saddle and started singing again.”

Fight or Flight is a three track, 30 minutes offering that rivals some of the prog-metal greats.  Al was pretty stoked to see the band flex it’s writing muscles and shift the direction from the first album, Earthquake.

“The original idea came from a conversation with my manager, and he wanted us to take the gloves off and show the people how we can really write in this progressive metal style.  So I was all on board with that because I had been thinking the same thing.  It’s great to come out with Earthquake and show the people that we can be commercial and we can write hooks, and we can write music that cares about the people.  That was the main thing, and now that we’ve done that, it’s a great opportunity to come out with an ep… and to give the prog world more.”

In true prog fashion, Fight or Flight tells a story over the entire release.

“Fight or Flight is about, in a nutshell is about the aliens coming to destroy our planet and Coup de Grace is like they’ve come to lay the final blow, to finally take over, and that’s what that song is about.  then you move into the Epicoustic which is an epic journey to go find the sword of Excalibur or some shit like that, to come back and protect Earth.  The third song is about this ironic depiction of what the epic battlefield will be like, like a feather bed to lay the heads of our fallen heros that serves to protect Earth.  It’s got this whole introspective view of should I stay or should I go… fight or flight”

After the success of Earthquake, which was almost entirely written by Al himself, Fight or Flight provided an opportunity for the band members to contribute their ideas into the new creation.

“It was super fun writing with these guys.  We are definitely finding our groove, and, you know, we have a tour under our belt and now we have this ep that we’ve all written collectively together. It’s great, I’m glad I don’t have to write my own songs anymore, I mean, you get sick of your own sound.  It’s great to not only know that these guys are willing to put in the work to help write the songs, but the songs are actually phenomenal tunes.”

Considering the level of musicianship found within Hyvmine, it was great to see a couple of tutorial videos for songs from Earthquake.  Now that this new ep has raised the bar, fans are going to have access to even more of that.

“We have some tutorial stuff coming out for the new ep.  We should have tablature and all that coming out.  We want to make a load of content out of this thing to carry over to the next project… we’re going to have all member play-through, we’ve already shot guitar play-through’s, and I really hope we can do full-on music videos for at least one or two of these tunes because I just think they’re freakin’ epic, from a visual standpoint.”

Check out their latest music video for the song “Cliffhanger” from Earthquake, as well as the streams for 2/3 of the new ep.  Also you can listen to the full interview with Al below and be sure to keep your ears open for the release of Fight or Flight on July 13 from Seek and Strike Records.