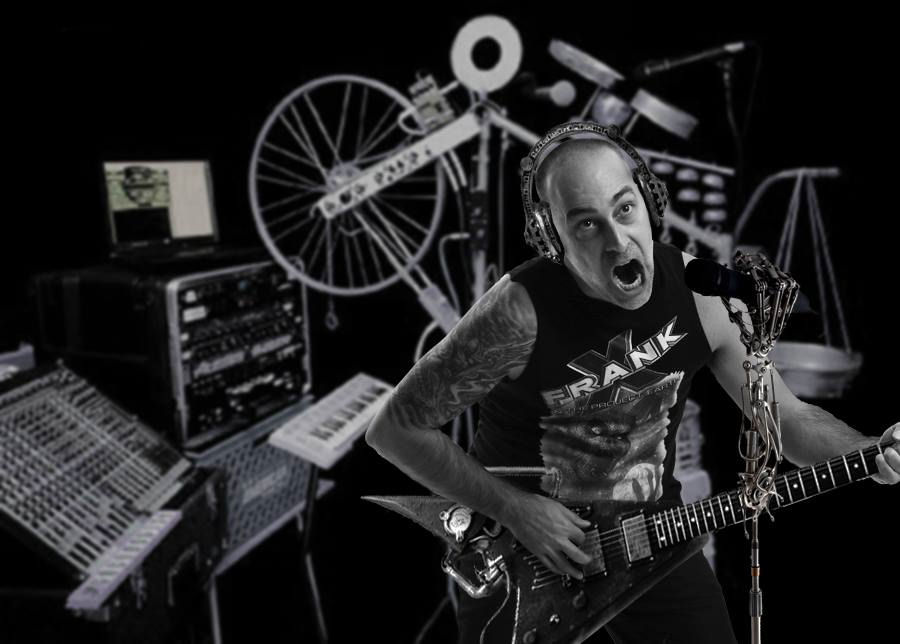 I have always been a fan of concept albums that tell an interesting story while maintaining the integrity of the music.  Add in a quirky sense of humor and the entertainment factor multiplies.  Warwick, Quebec’s Frank X has not only done that once, but three times with his Frank X trilogy: The Project Earth, The Unreality Show, and From Planet X (which just dropped on April 6 – Read the album review).

Francois Dallaire, a.k.a. Frank X has written a hilarious tale involving Lucifer and his many attempts at world domination, duping God and killing all of humanity.  Sounds pretty serious, doesn’t it?  Well, Frank delivers these tales via three albums of killer music along with character driven skits that will have you rolling on the floor in laughter.

I had a chance to speak to Frank shortly after the release of the third and final installment of the trilogy and discussed the stories, the music, and how it is that one man can not only come up with such ideas, but to execute them with exact precision:

“Constructing the story and finding riffs, I mean, I’m doing both in a parallel way. So the story is in my mind, it’s not all written, you know, I know the main lines, and I’m recording riffs.  I have this small app on my phone, it’s like a midi app, it’s a little keyboard. So when I have something going on in my mind, I just open the app and playing the piano, you know, to record the riffs.  So all my riffs sound like an 8 bit video game at first, you need a lot of imagination to figure out if its a guitar, or vocals… and if it stands to be listenable that crappy, then it should be good once its tweaked out and in the mix and everything. And that’s really the first step I go through.”

Story wise, Lucifer seems to really have a hard time in your tales.  And I’m thinking that he almost reflects the concept of karma, because he is not stopping with his evil intentions and they’re just not working out. 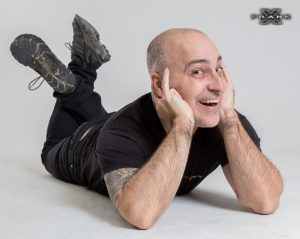 “I’ll recap the three albums right quick: The first album was really the utopia, I mean, he was really much evaded to bring his realm into the universe and on Earth.  Then on the second album its kind of a great party, you know, where he did whatever he wants.  It’s kind of a big circus, and then he got kicked out again. And From Planet X is the revenge.  He’s very angry and he just wants to destroy everything.  So I think he’s lost his actual motivation, and maybe he’s too pissed off to do the proper thing.  So he’s getting in trouble more easily.”

What are your favorite tracks from the three albums? 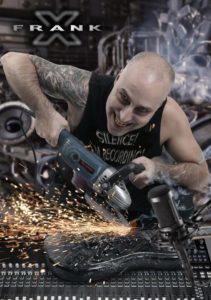 “For me the last album is more mature, it’s really the best of all three, for me. I think the sound is better, everything is on a higher level for me, and even vocally, I really improved myself, vocally since all three albums.  So I think the last one is better for me.  On the last album, it’s very hard, I really enjoy “Apocalyptico Circus” because it’s, yo know it’s a kind of story-telling.  All of the versus are actually story-telling, it’s not sang, you know… for me I was inspired by Johnny Cash. My father is a Johnny Cash lover, so I heard a lot of songs through the years, and he has this kind of story-telling when he’s singing his tracks.  So I thought to make something special on the album, like the verses are someone talking.  So I think this one is special to me and I really enjoy this track.”

Check out this video from the first album, The Project Earth: