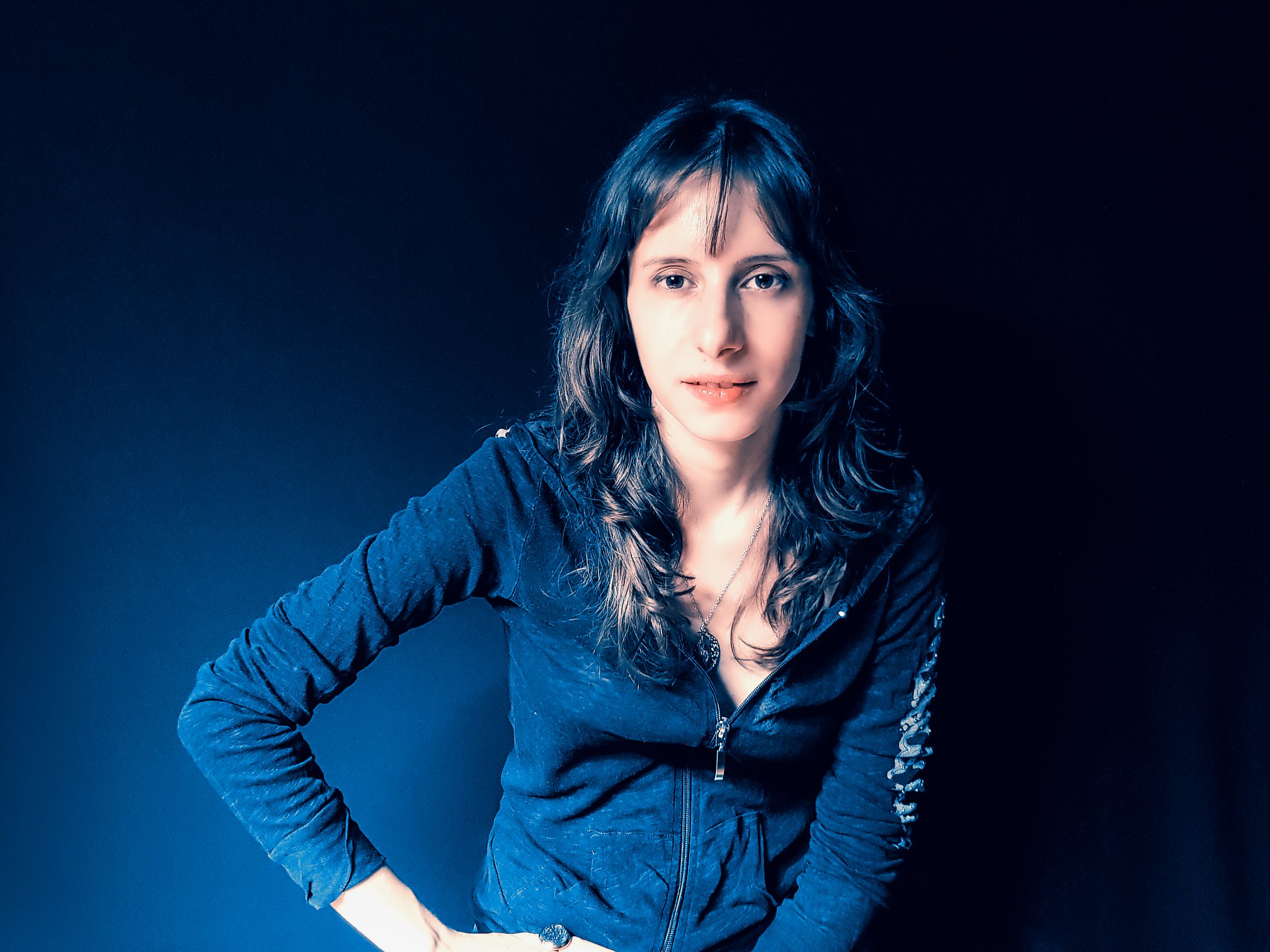 In the world of instrumental prog-metal, it seems that there are few who manage to push out a project with an original feel.  There is no shortage of virtuoso guitarists wanking over rhythm tracks that lack creativity and depth. Olivia Hadjiioannou, the brains behind OH., is not just a difficult name to pronounce, she is a progressive metal composer that you should become familiar with. Back in July she released the second part of concept series she is producing and it contains some of the most original instrumental prog that I’ve come across. Metallia has so many sonic layers you would think you were in a musical maze, and to add to that mystery, Olivia is the sole musician!

I had a chance to chat with this one-woman musical mastermind and got a glimpse of the story behind this incredible prog masterpiece.  The levels of Metallia go much deeper than the sonic assault of Olivia’s instrumentation and embodies some of the depth found in the human experience. When I found out that she plays all of the instruments herself, I asked myself how one person could go about perfecting so many instruments when it seems to take the average mortal nearly a lifetime to master just one:

I grew up in a house where music was playing all the time, day and night, rehearsing for the next gig, or tour, and they were playing all kinds of music.  We had many instruments lying around the house and many of them were Latin percussions which I started playing when I was so very young.  I don’t actually remember listening to recording artists until I was 7 years old… there was plenty of music in my life already.  I didn’t think it was something separate, music was a language to me. If you had something to say, then you had something to play.”

As a child, Olivia was surrounded by the music of her parents and their partners who seemed to usher this young child into the sonic playground.  It seemed that she was destined to become a musician, so this destiny was fostered by formal education:

At some point, I went to a music high school for a short period of time, where I learned to play the tambouras and the toubeleki and Byzantine music.  Later, I went to a conservatory for music where I learned how to play the electric guitar and the violin.  After that I just continued myself, but throughout the years I met some great musicians, drummers, bass players that I learned from watching them and playing together with them.  They were always happy to share part their knowledge with me, and that is not something that has stopped happening til this day.” 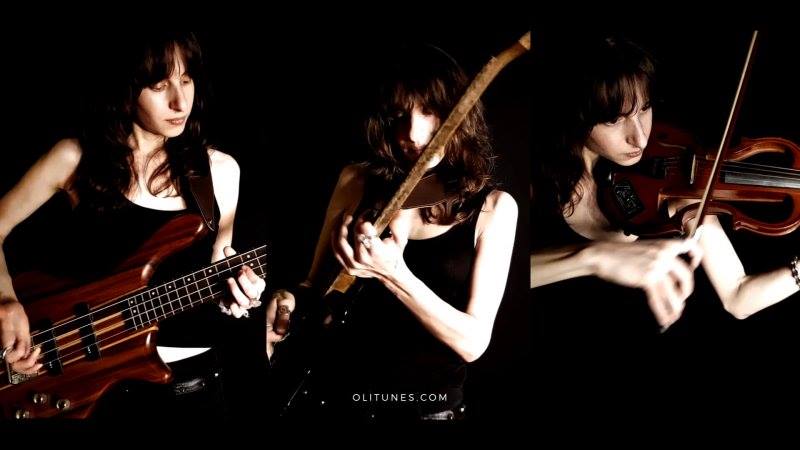 Olivia tried the full band experience and it seemed to be a struggle of schedule, or managing interest leaving it a challenge to keep the musicians together.  She never started out intending to be a one-woman band, but nothing was going to stop her creative expression even if that meant doing it all on her own.

Being a multi-instrumentalist and playing everything myself, that wasn’t my initial goal.  I just wanted to compose music, that’s all I wanted to do.  It just so happened that period of time in my life and the circumstances were such that it just wasn’t happening, meaning to gather musicians and play the parts.  So the decision was made for me to play all the instruments, otherwise I wouldn’t have an album. **insert loud laugh and knee slap**  No but really, there’s beauty in playing all the instruments yourself. I mean, it’s a creation made out of one source, unmixed, all of it is practically you, which can either be something to feel exposed by, or be what it exactly is, a perfect reflection of what you wanted to say in the first place.”

In 2014, we saw the release of Synemotion, the first installment in an epic series that Olivia was plotting in her head.

Synemotion is also a concept album about emotions, and an emotion is energy in motion.  What you suggest upon this energy in motion, that is a thought or an idea, is a feeling you are going to sense in your body.  Think of it as a flowing river, and anything you that you will throw in it will be collected in the sea, the sea of our minds, our factory. And that affects out daily lives, and the purpose was to be aware of this process that is happening within us, emotionally, because if you do know the process, then you do know the way in and out.  You know how to see it as a round experience, as a learning experience, really.” 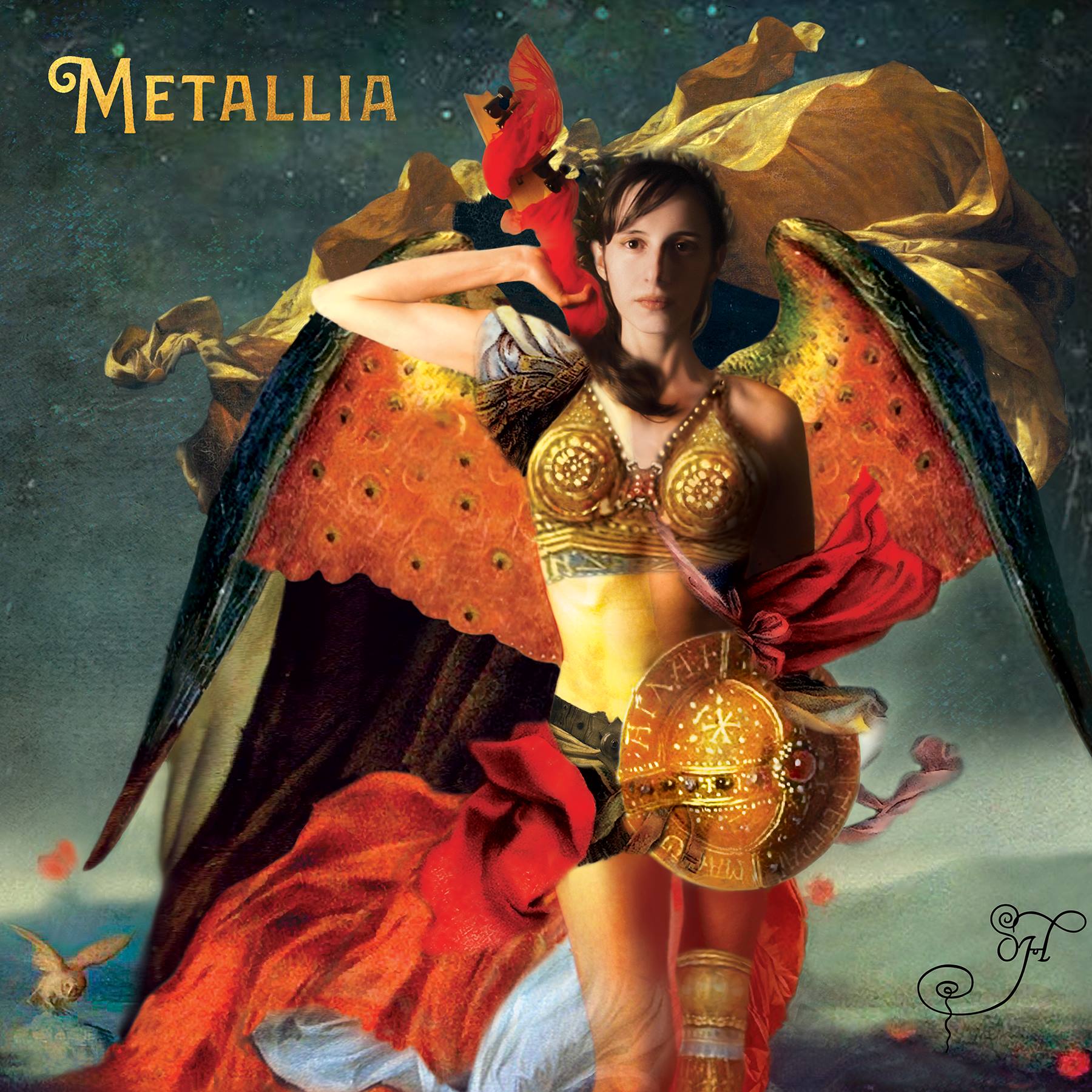 This brings us to 2018 and the release of Metallia the second part in this series about the human experience:

Metallia is about being aware of the mechanism of our minds. When I say mind I do not refer to where the brain is.  The brain is a factory, nothing more, nothing less.  It collects and transmits information, information that has been given to, information that you have also allowed to.  Every information collected is more or less attached with an emotion which generates what we call an experience, and experience is the hand that guides your belief, and belief is the hand that guides your life.  And if you think about it, the world is as plentiful as each one’s knowledge, it cannot be more or less.  We cannot even see the pen lying right in front of our eyes sometimes, it reveals how assumptions dramatically affect our ability to notice what’s actually around us.”

For a moment, I forgot we were even talking about an album of songs, songs made by instruments in recorded form.  It felt like we entered into a discourse on awareness, psychology and philosophy combined into a dialogue about what the human experience is comprised of.

I’m not saying that music alone can do that for you, can make you aware of this, because music is a language and is just as limited as the one we speak.  I mean, there are that many words and that many notes and that many ways to compose them together.  But what you can do is show the process.  So what I did with each composition was to record parts of those thoughts, those opposing suggestions and presumptions that are being created by us, by using the many layers as you can hear, to show our current state as a reflection of where we stand as people, as a community.  So I can emphasize on the noise of our daily lives to the point where it is so obvious that you can’t do anything else but try to find the center and heart of each composition. And if you are willing to find the heart of each composition and go through the process that Metallia asks for, you can then apply it in your life.”

This almost sounds like an exploratory self-help course designed to guide you through the dark channels of the mind, a searching mission with the intent of mindfulness and the enhancement of perception and awareness.  I don’t know of any other instrumental prog-metal album with this level of depth and, well, intention.  Olivia continues:

I try to make it both personal and impersonal enough to not interfere and conduct your emotions and thoughts based upon emotional loops that we constantly engage in, but to push you to make the effort and create yours, and create something new.  But to also grab your attention by layering multiple frequencies so you don’t space out as much as possible.  To become aware of this, not just theoretically, is to become aware of yourself really, and what you are in your primal state, your initial state.  There is the ability to hear past the noise which we all have, and that’s the beginning of creating something new, rather than repeating the same old things time after time.”

Not only is OH.‘s Metallia one of the most innovative albums that I’ve heard in a really long time, Olivia provided perhaps the most interesting interview I have ever conducted.  The depth behind each response demonstrated a solid intention behind the music that she has produced.  When the interview ended I felt like I had just left an introspective counselling session having cleared any mental static I might have been experiencing and come out feeling energized and ready for the world.  Do yourself a favor and dive into the OH. catalog but prepare yourself for a musical journey full of exploration and healing.

You can hear the full interview here: 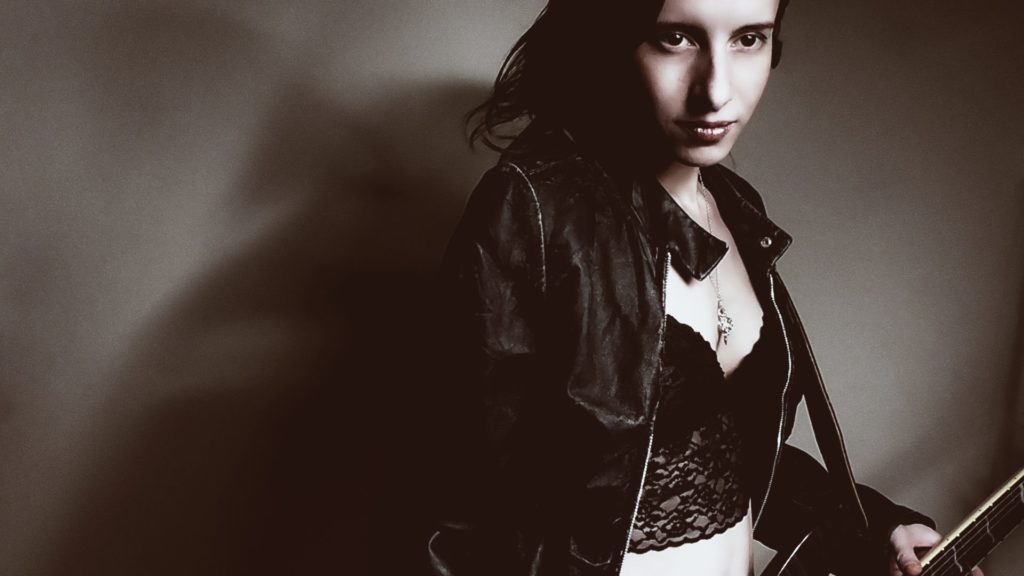 TOMAHAWK Interview: Duane Denison the Influencer and His…