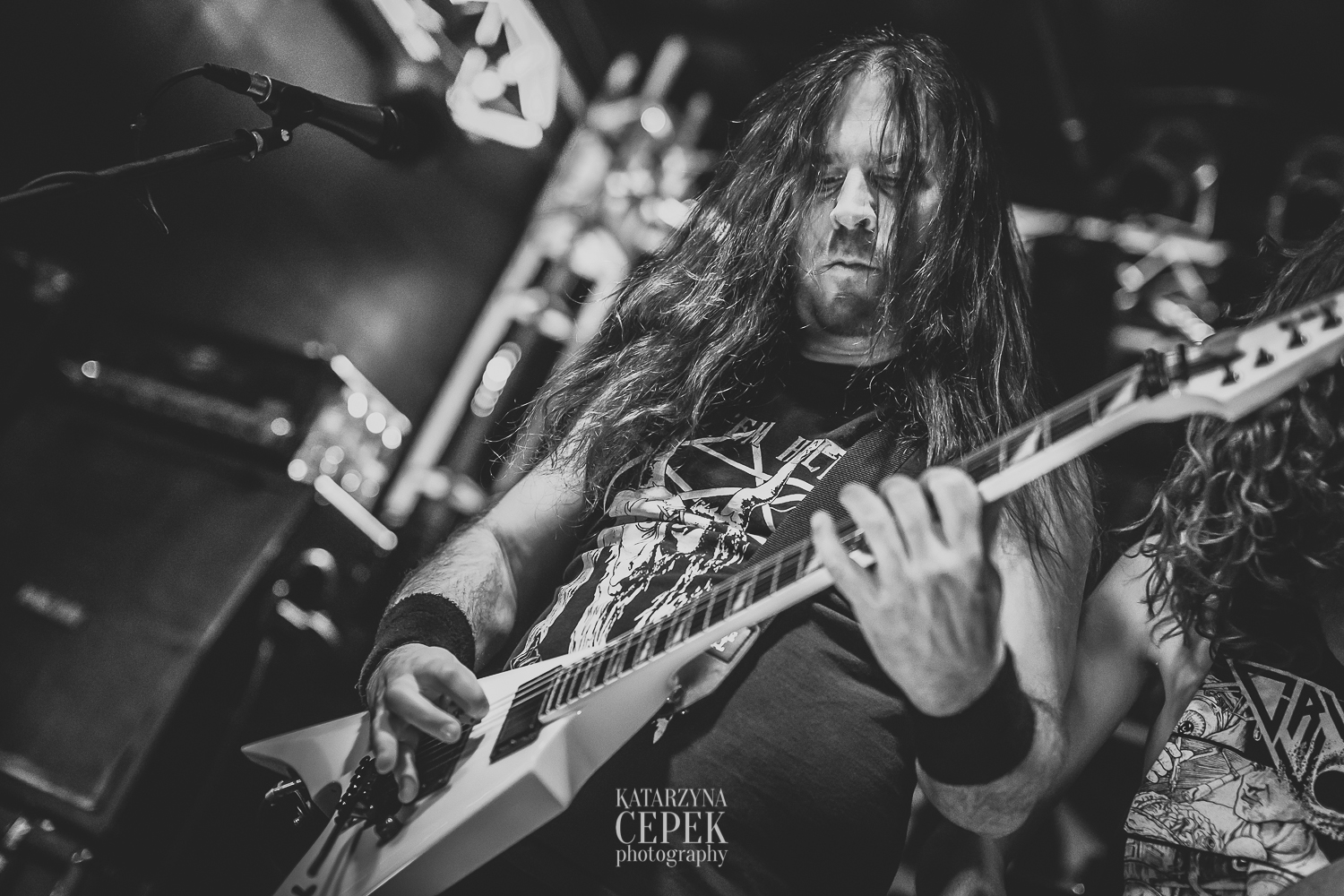 Exhumed was unearthed in the year 1990 in San Diego when forerunner Matt Harvey was just 14. It was started with drummer Col Jones, Pete Rossman on bass, and guitarist Rocky Torrecillas. Channeling the inspiration he found listening to bands like Impetigo and Repulsion, as well as bands like Pestilence, Harvey and Jones waited eight years to reveal their debut LP Gore Metal. by which time Rossman and Torricillas had been replaced by bassist Ross Sewage and drummer Mike Beams.

After releasing Slaughtercult in 2000 and Anatomy is Destiny in 2003, and enduring several more lineup changes, the band took a hiatus in 2005. After reforming in 2010, Exhumed has seen success through several more records, and are currently supporting their most recent record Death Revenge. Matt Harvey is currently the only founding member in the band, but the musicians he plays with aren’t a bunch of scrubs. Ross Sewage (Ghoul, Impaled) is back on bass, Bud Burke handles guitar (although he did not play the Idaho show) and Michael Hamilton (Deeds of Flesh) is handling drums.

I had the pleasure of chatting briefly with Harvey the other evening. Exhumed are currently on tour alongside Revocation, Rivers of Nihil, and Yautja. When I asked about the trajectory of their tour bus, he replied:

I was thoroughly surprised by their stagecraft. Fake blood, spark spewing guitars, a blood- soaked mascot in scrubs all spells for a hell of a time.

For me, I like the big production. I love KISS, Iron Maiden, Judas Priest, Metallica all of that kind of stuff. Obviously we only have 5% of their budgets, but we try to deliver something other than a bunch of guys in jeans playing guitar… I mean we are, but..”

Not only is Harvey in Exhumed, he’s in other noted acts such as the Death-inspired tribute band Gruesome as well as Expulsion, and the the power metal band Pounder! When I asked him about Gruesome’s near future, he replied:

Yeah, we’re in Europe for five weeks, then we have a couple of shows in Florida. We always play shows in Florida. I’m the only one who doesn’t live there (laughs). We’ve been talking and looking around and we’re wanting to do a full US tour.”

He admits there are always concerns with scheduling conflicts. Being in so many bands means accommodating the musicians you work with. Right now, Daniel Rodriguez, one of Gruesome’s ax men, is finishing up a record with his primary band Possessed, who will release their first album together in 32 years! I asked what it’s like to get to work with musicians like Rodriguez and others:

It’s killer man. I like playing with different people. After doing this a long time you make a lot of friends that are musicians, and it’s kinda cool to learn from the different people you jam with… it’s neat because they all have their different strengths. Putting together a band is fun for me. It’s like putting together a team, but instead of playing fantasy football I play in Death Metal bands!”

All nerves and stammering aside on my end, it was a joy and a privilege to talk to such a down to earth individual such as Matt. Get the story behind Death Revenge, a glimpse into the deets on Expulsion, Pounder, and more in the unedited interview below! Also, check out my review for the show and catch the Global Invasion before it’s too late!