Once More ‘Round the Sun 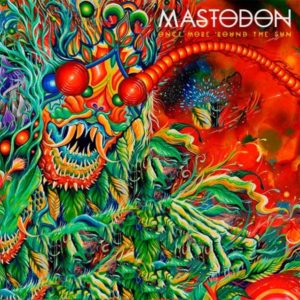 Once More ‘Round the Sun is an excellent hard rock album. It has a few heavier tracks (“Chimes At Midnight” and “Feast Your Eyes”) and a couple more that would definitely appeal to a more mainstream rock crowd (“High Road” and “The Motherload”). “Ember City” is the gem of the set, providing examples of the specific elements of Mastodon that make them great; the drum fills, Brann Dailor’s superb efforts on vocals, and the chugging of 32nd notes through various positions on the fretboard. However, it lacks the ferocity and punch that I listen for when listening to any metal artist, but especially Mastodon.

Chris’ counterpoint:  I don’t have a huge issue with Once More ‘Round the Sun at #7 even though I think it’s a little more interesting album than The Hunter, which is definitely the album I’d rank last if this were my list.  I really like a number of songs on this album, including “Chimes at Midnight” and “Ember City,” but I absolutely ADORE “Asleep in the Deep.”  It’s got a really eerie vibe (the video is awesome too) and I love all the crazy overlapping vocals in the chorus.  Another standout track for me is “Aunt Lisa”.  It’s got some classic Brent Hinds freak-outs going on, in the vein of Bladecatcher, and I totally dig the cheerleader vocals over that badass riff progression in the outro!