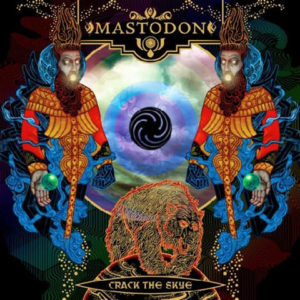 Truth be told, Crack the Skye shouldn’t even be in this list. It belongs in its own separate category of prog/metal masterpieces and at the top of the damn thing. From front to back, it is a concept album straight from Valhalla. Most bands would kill to have an album half this good, and I’ve got it at #4. What the hell is going on here?

We of the metal mind know great albums come in threes. Leviathan and Blood Mountain force the issue there, leaving a choice to be made between Remission and Crack the Skye. Take the next step; go track by track. Remission just has too many songs that define Mastodon and their roots, moving Crack the Skye to #4.

In all seriousness, it’s lunacy to have to put this album here. Longtime fans had never, ever heard something so concise yet still so cryptic. Time travel? A Quadriplegic in the astral plane? Rasputin and the end of the Romanovs? Not to mention the mind-warp of Quintessence or The Last Baron! The last concept album until Emperor of Sand, Crack the Skye is a must-experience for Mastodon lifers and those who are freshly minted or need to be baptized, but it just couldn’t out bludgeon Remission.

Chris’ counterpoint:  I can’t think of another album that has blown my mind as hard as Crack the Skye did.  When you think about what sort of pressure the band must have been under after releasing Leviathan and Blood Mountain, it’s all the more amazing that this album turned out like it did, especially since the band almost totally overhauled their sound in the process.  Producer Brendan O’Brien has his detractors, but I am going to declare him the official 5th member of Mastodon after what he got out of them here (and on Emperor of Sand).  Crack the Skye is pure unadulterated genius, from the ominous opening bars of “Oblivion” to the breathless conclusion of “The Last Baron,” and I cannot put this album any lower than #2.  I just can’t.