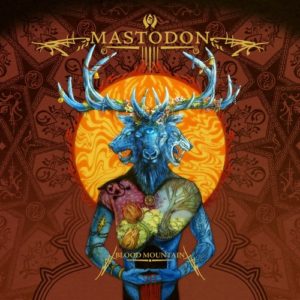 It would be a total cop out to have this as 1.5 or 1B, but it could be done based on just half of the tracks from Blood Mountain. Concept album #2 is the quintessential journey to the top of the mountain in more ways than one. Their third major release, Mastodon is clearly sowing their oats throughout the entire album, swarming the listener with savage riffs and waves of aphotic lyrics and songwriting. It is the impeccable blend of their raw power and immense potential. The savagery of Remission and Leviathan is alive and well, only matched with some of the most iconic riffs of the Mastodon catalog. “Sleeping Giant” and “Crystal Skull” would lead the charge, while “This Mortal Soil” and “Siberian Divide” take some of the Leviathan sound and combine it with what we hear in Crack the Skye. It is about as solid an album you will ever hear from front to back. If I were to introduce someone to Mastodon, it would more than likely be with Blood Mountain.

Chris’ counterpoint:  Even though I have Crack the Skye as my #2, I can’t really argue your choice here.  This album is pretty much perfect in every way.  It combines the sheer brutality of their earlier sound with a growing sense of melody and song craft.  I still get chills hearing the raw power behind songs like “Crystal Skull “(HANDS DOWN my favorite Scott Kelly appearance) and “Circle of Cysquatch” but, to me, the real strength of this album is demonstrated on tracks like “Sleeping Giant,” “This Mortal Soil,” and “Siberian Divide” because it’s where they started to realize that dialing back the bombast in favor of a more dynamic sound worked heavily in their favor.