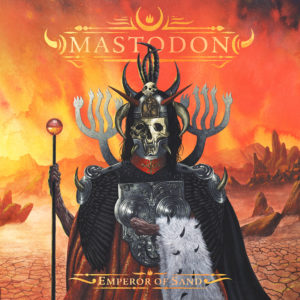 Here’s the rub: I have been listening to the next five albums for 5 plus years and have had 9 months with the Emperor. It is a triumph for the band and an album they have really been making since Crack the Skye. When Thom Jurek of AllMusic summarized the album, he said it was the album they had to make at the time, due to the exact place they were at personally and professionally. I completely agree with that sentiment while recognizing it was easily one of the best records of 2017. But in terms of what Mastodon has been and is still becoming, I believe Emperor will lead to an even better record in the future while being a perfect summation of their musical past. But there is no Emperor of Sand without The Hunter.

Chris’ counterpoint:  Oh hell no!  I don’t deny that Emperor of Sand isn’t the album it is without The Hunter (and Once More ‘Round the Sun), but Emperor of Sand is unquestionably better in my opinion. There’s not a skippable track on this album, it sounds amazing, and it is every bit as cohesive as their older stuff!  As I said in my review, this album feels like the band operating at near peak capacity in terms of the individual talents of Bill, Brent, Brann, and Troy!  I’d probably rank this at #4, and certainly no lower.