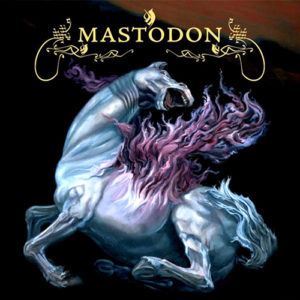 If you’re still with me and not trying to find that tactical nuke button for my keyboard, I applaud your patience and forthrightness. But to that end, if you have been a Mastodon fan for a decade and a half, find me a better opening track to a record than “Crusher Destroyer.” You know exactly what you are in for over the next 50 minutes. Remission is the foundation of all that is substantial to Mastodon. It is just impossible to grasp the tonal leverage of Mastodon without being annihilated by “March of the Fire Ants,” “Where Strides the Behemoth,” and my most revered Mastodon track, “Mother Puncher.” Remission is where they cut their teeth, crawled through endless pub shows, and paid their dues. To have this album any lower than third is inconceivable. Hell! It’s probably too low here!

Chris’ counterpoint:  This is an album I love simply because it’s Mastodon and, as you said, showcases the early underpinnings of their sound, but I have it at #5 on my list.  That’s not really fair, but something has to give here!  It’s a really great debut album, and you can certainly hear some of their progressive tendencies trying to escape the pull of their thunderous gallop on tracks like “Ol’e Nessie” and “Trainwreck,” but I ranked it where I did because I think the next three albums they did are significantly better in almost every way.  I could maybe talk myself out of ranking it behind Emperor of Sand, but I’m going to stick to my guns!