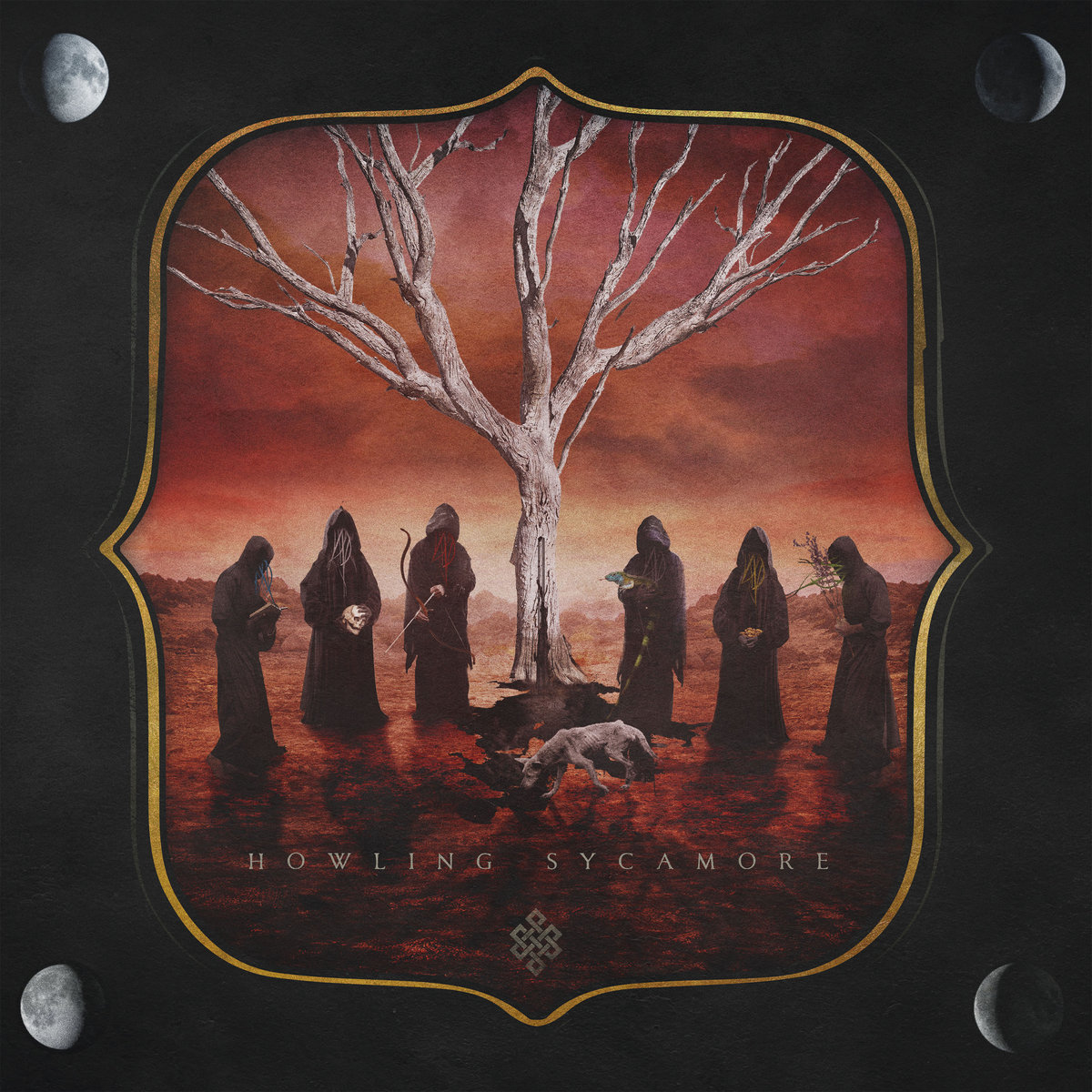 Imagine, you’re an accomplished guitarist and a friend asks you to write a bunch of extreme metal riffs on top of some prerecorded drum tracks. You accept the task like the champ you are and begin a creative undertaking almost virtually opposite of the approach you had become accustomed to. After entrenching yourself into this new writing process it hits you like an elbow in a moshpit. “This shit is awesome!! I think I need to keep it for myself.” Thus was born, Howling Sycamore. P.S. That was not a direct quote.

True story. The guitarist was none other than Davide Tiso (Ephel Duath, Gospel of the Witches) the mastermind behind this solid new creation, also responsible for the bass on the album. Davide did his diligence and recruited Hannes Grossman (Necrophagist, Obscura) to create the new beats to accompany these killer riffs, and Jason McMaster (Dangerous Toys, Ignitor, WatchTower, Broken Teeth, Evil United) to put the vocal icing on this metal cake. To add some spice to the mix, Davide also brought in Bruce Lamont (Yakuza, Corrections House) and his sweet saxophone for a few tracks, and Kevin Hufnagel (Gorguts, Dysrhythmia) to throw in some killer solos.

Starting the album off is “Upended” and within the first 90 seconds you’re warned as to what this experience may come to be. After the intense beginning, I was both surprised and pleased to hear the unconventional use of a baritone saxophone inside of this ripping metal. Blast beats, insane solos, and a roaring baritone sax along with McMaster’s powerful vocal prowess told me this album is going to kickass. This was only the first song.

On the last broadcast of Metal Rises in the East I played “The Fall” and was not surprised to hear a few of the listeners comment on how they almost thought Ronnie James Dio was singing this one. Listen after listen of this album showed me both the intricacies and strength of McMaster’s vocals.

Nearing the end of the album, “Descent to Light” kicks on in high gear with intense drums met with an incredible, melodic guitar line over top. This combination creates such a strong contrast which is then met with Jason’s vocal contributions that feel straight out of a ballad. I was slightly confused but amazingly into it, not to mention in awe of the clever use of varying speed/intensity within the layers of instruments. The song moves on to other places and stands out among the rest as something to pay attention to.

I was going to list some other highlight songs from this 8-track album, but then realized that it would be every song. Howling Sycamore is a well-written, well-executed metal soup. And it’s one damn tasty soup! Genres are mashed in such a way as to create a sonic adventure with many peaks and valleys, interstellar voyages and introspective adventures. Once this album is released Howling Sycamore will become a force to be reckoned with.

Grab your copy here  https://howlingsycamore.bandcamp.com/ and check out our recent interview with Jason McMaster HERE.