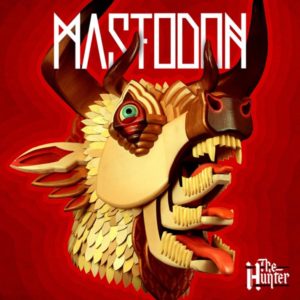 The Hunter is an accurate reflection of the individual paths the members of Mastodon had taken up to its release in 2011.  This album sounds like Emperor of Sand, just not as refined and organized. Both albums focus lyrically and sonically on personal struggle and loss and their cost on the soul.  There is clearly anger and a “screw it, let’s go for it” sound to the entire album. At the time, it was a significant diversion from everything Mastodon had done, specifically in terms of their “heaviness” and their prog-leanings, especially after Crack the Skye. I think that threw many original fans off, but brought a whole new group of people into the fold. Listening to it today, I like the album now more than I did at the time of its release. The Hunter paved the way for how the band handled the making of Emperor of Sand and allowed it to become the album that it is.

Chris’ counterpoint:  Coming off Crack the Skye, this album was a huge letdown for me.  It has some decent tracks but, on the whole, feels very uninspired and thrown together which is maybe understandable when you consider that Brent Hinds was trying to deal with the death of his brother while they were making it.  And the production is way too bright for a Mastodon album.  I don’t hate it or anything, and I can see its merits with the benefit of hindsight, but it’s my least favorite Mastodon album.