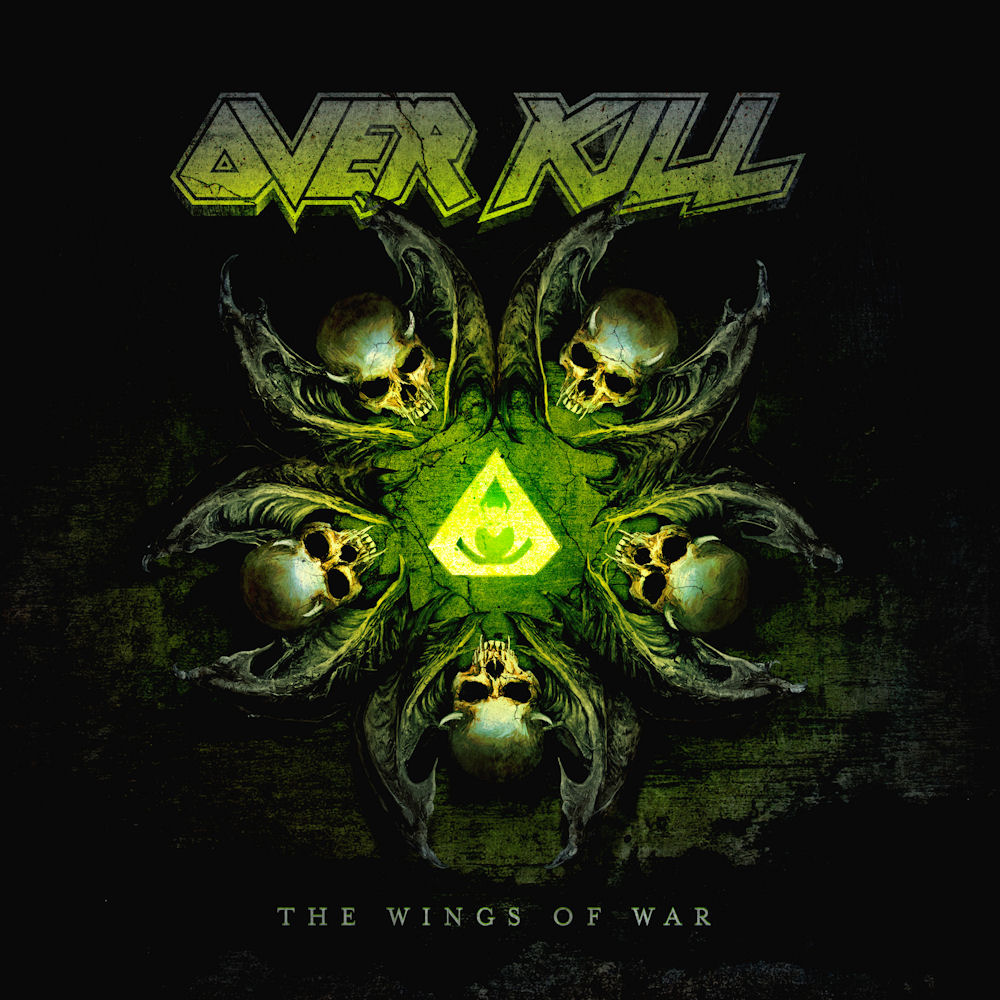 Overkill – The Wings of War

When you think of thrash metal, what names generally come to mind? Slayer and Anthrax? Metallica and Megadeth? Exodus and Kreator? Regardless of what your mind initially goes to, you cannot deny Overkill as one of the greatest thrash metal bands. For almost 40 years Overkill has been impressing metal fans both on and off the stage. I remember going to Gigantour in 2006 to have my first experiences with many metal bands I had never seen, and some I had. The main stage was set up for Arch Enemy, Opeth, Lamb of God, and of course, Megadeth. The second stage had Overkill, among a few others. Overkill not only killed it on stage, but was the best band that played that night, in my humble opinion. They completely wiped the floor with their metal essence and superior stage presence. I was a fan before, but from that night on I was a super fan. They have continued to inspire and excite their fans throughout the years. The band’s 19th studio opus, The Wings of War  is a musical masterpiece, an example of thrash brilliance, and a testament to how these seasoned dudes still know how to kick some major ass.

Overkill began in 1980 out of New Jersey with band members; D.D. Verni, Rat Skates, Robert Pisarek, and Bobby ‘Blitz’ Ellsworth. As you can imagine with an almost 40 year stint, so far, there has been numerous member changes throughout the years. Blitz has remained a constant on vocals, as well as Verni on bass, who have long been the band’s primary writing tandem. Remaining band members include; Dave Linsk (lead guitar), Derek Tailer (rhythm guitar), and the newest member, drummer Jason Bittner (Flotsam and Jetsam, Shadows Fall). In 2010, Overkill released Ironbound, which seemed to leave a huge impression on critics and fans alike. It is the band’s seminal work of the new millenium. Since that album, many fans feel they have struggled to repeat this level of mastery, until now. The Wings of War has already paved an exceptional way for new and old Overkill fans. When it drops this week, prepare to go bat shit crazy!

One of the most impressive feats that Overkill consistently excels at is crafting throat-punch opening salvos for their records. As Blitz himself says, “We never knock politely. We always kick down the door.” One listen to the album’s first single, “Last Man Standing”, and you know another door has been blown from its hinges. The song starts with a fierce guitar riff in the thrashiest of beginnings. Bittner’s performance showcases the energy and aggression his presence and technical acumen bring to the party. Right out the gate, you know you are going to have a sore neck by the end of the album. Hell, by the end of the song. The whole track is intense and high caliber. Ellsworth’s vocals are gritty and superhuman. His highs and inflections are just as incredible as they were in the 80’s.

Song two is titled “Believe in the Fight”. This track is incredible, and might be my favorite on the album. It is crazy heavy and completely in your face, but with an incredible message. “What do you believe in?……When there is nothing left to believe in, believe in yourself!” Then an epic breakdown which quickly transitions into a growly lyrical spit. This song had me rocking so hard. The guitar solos are unbelievable, which is ironic to say with this song. Many changes, all ridiculous in the best way. This song itself is wizardry and sorcery.

The album’s second single, “Head of a Pin”  rolls out with a Sabbathy echo, in a mid-tempo lumber. Then the train leaves the station in a buzzsaw hurricane of riffage and rasping wails from Blitz. Plenty of bite and groove anchored by crushing rhythms.

Next up  is Overkill‘s long overdue theme song, “Bat Shit Crazy,” which is dynamic and consuming. The thrashing riff is just as prominent as its predecessors. There is a small break where an angelic sound and gentle guitar melody takes over briefly where softer and throatier vocals emerge, but immediately rushes into another insane guitar solo. It will have you yelling “everybody’s going BATSHIT CRAZY!”

Song five is titled “Distortion” and ironically begins without distortion and is much slower than the others, yet fits well into the mix. There is more control and consistent patterns with this song. No surprises, but still a solid and incredible song. A guitar solo that comes together with the other guitar to make an extraordinary riff will always make me a fan of a song.

“A Mother’s Prayer” starts off much more aggressively then the title might suggest. It is a powerhouse of a metal song and gravitates to increasing speed and profound musicianship. Instrumentally it is phenomenally heavy with gnarly beats and inconceivable bass and guitar combinations.

“Where Few Dare to Walk” starts off slow with a fascinating melody. I feel as if I am being told an intense story, with its dark lyrics and haunting musical composition. I think this song might be my second favorite. It is incredibly well done on so many levels. Verni and his bass work really pulls you in on this one.

This incredible album ends with the song, “Hole in My Soul”. “With all do respect,” this song is a perfect ending to a foolproof album. Absolute impeccable guitar solo, precise thrashy vocals, unblemished drum beats, and spotless bass patterns make this song an enchanting virtuosity.

Substantially heavy and overwhelmingly flawless, The Wings of War is artistry in the hands of these gifted men who continue to astound the metal world. I am blown away by the craftsmanship of this album which is sure to stupefy old Overkill fans and encourage a newer fan base to take notice. By far Overkill’s most impressive album since Ironbound, and one of the best records of its influential career. This omnipotent thrash metal band proves, yet again, they are a force to be reckoned with and are not going anywhere anytime soon. If you ever have a chance to see the almighty Overkill, do not hesitate for a split second, make sure you seal that deal.

Check out our recent interview with Bobby Blitz HERE.