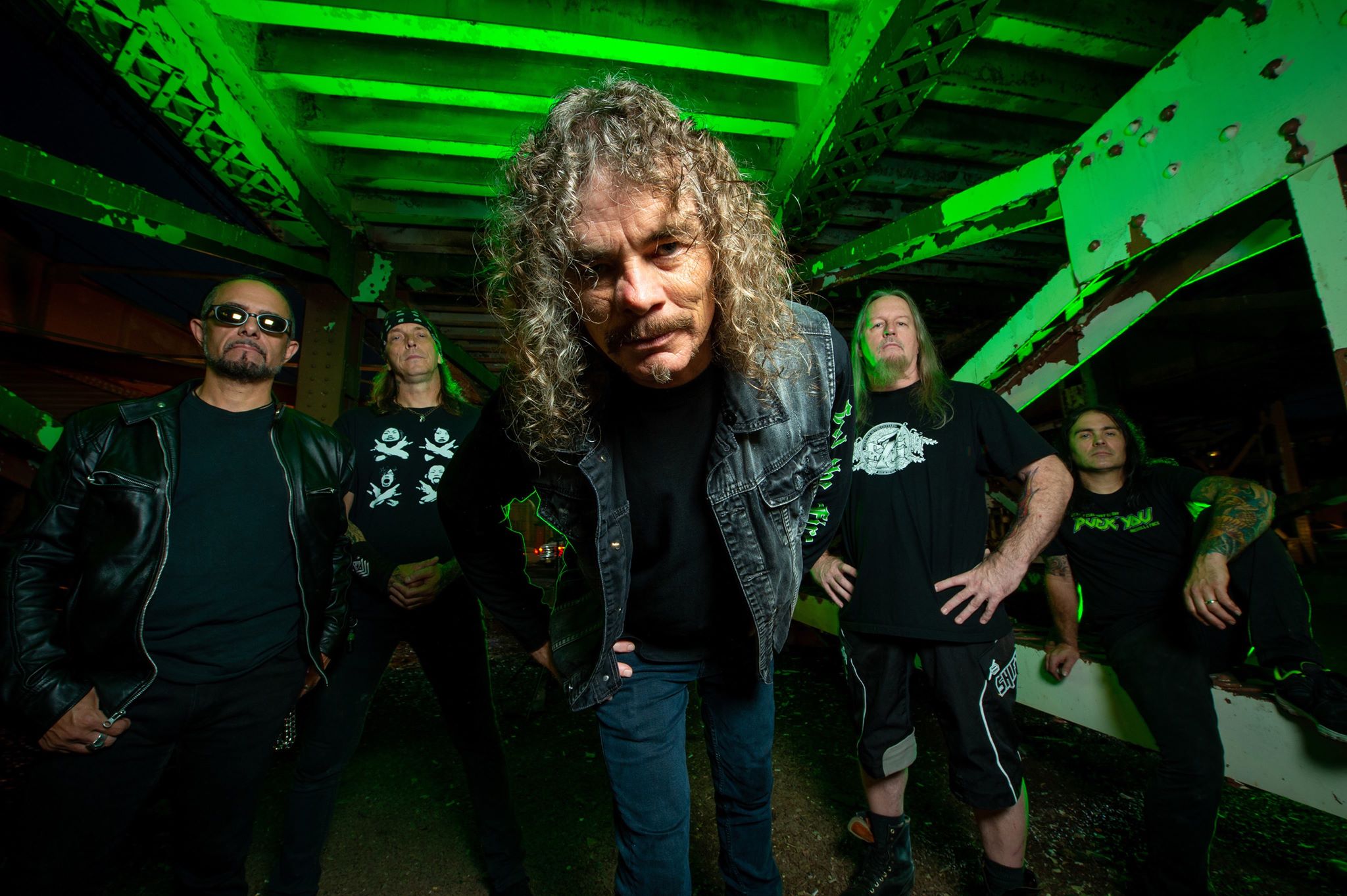 Legendary New Jersey thrashers OVERKILL are proud to announce The Wings Over USA 2019 tour. Kicking off on April 25th in Baltimore, the tour will make stops in Pittsburgh, Chicago and Nashville before concluding in Boston on May 11th. Joining the tour are none other than San Francisco Bay Area thrash legends and label mates DEATH ANGEL, and ex-members of Megadeth, Shadows Fall and Scar The Martyr in ACT OF DEFIANCE.

“We look forward to bringing ‘The Wings’ over the USA. It’s been a long road but the journey is not over yet. DEATH ANGEL and ACT OF DEFIANCE join us on this jaunt so prepare yourself for a righteous beating. Let the headbanging begin in April!”

OVERKILL will be touring in support of The Wings Of War which was recorded at Gear Recording Studio in New Jersey, SKH Studio in Florida, Shorefire Studio and Jrod Productions with engineering handled by DD and Dave. The album was produced by the band while Chris “Zeuss” Harris handled the mixing and mastering. Travis Smith (NEVERMORE, OPETH, SOILWORK, DEATH…) was once again enlisted to create the artwork for the album.

Check out them lyric video for the second single entitled, “Head Of A Pin” here:

Tickets for the tour are available for purchase this Friday, February 1st at 10AM local time.

The band also announced they will have a special release day show on February 22nd at Jamesburg Elks Lounge 2180. The night hosted by Old Bridge Militia Foundation will include performances by HEADMOTOR and ALEX KAYNE as well as raffles and giveaways. 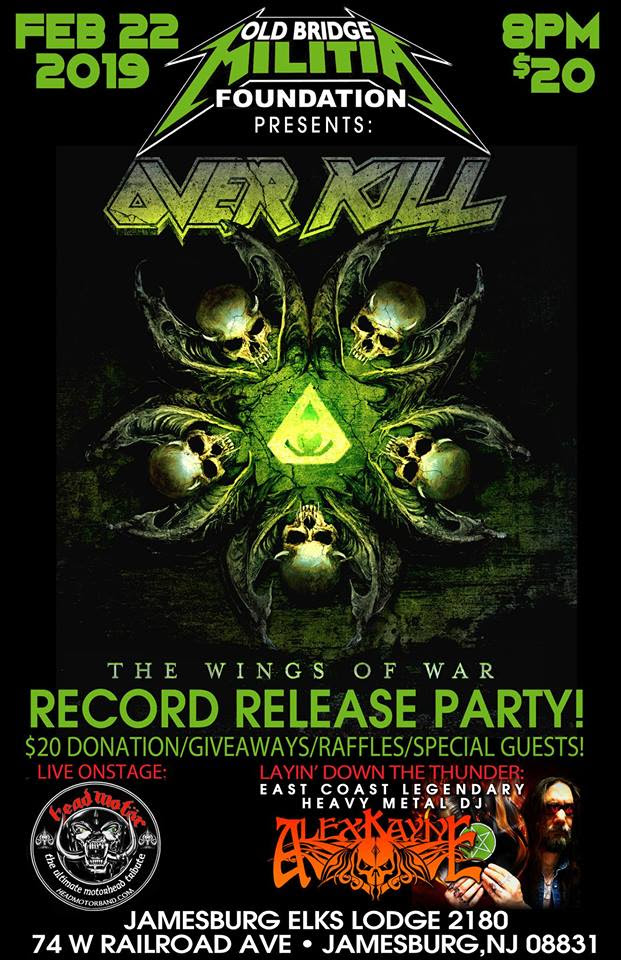 The band launched their multi-part documentary series entitled “Welcome To The Garden States“.  Watch the various parts below:
Part I: Band Origin & Name
Part II: Early influences the Genre
Part III; East Coast vs. West CoastStay tuned for the upcoming episodes that will detail the journey to the upcoming album, The Wings Of War..

The Wings Of War will be available for purchase in the following formats: