featured on new album THE ARROW OF SATAN IS DRAWN, out Oct 26 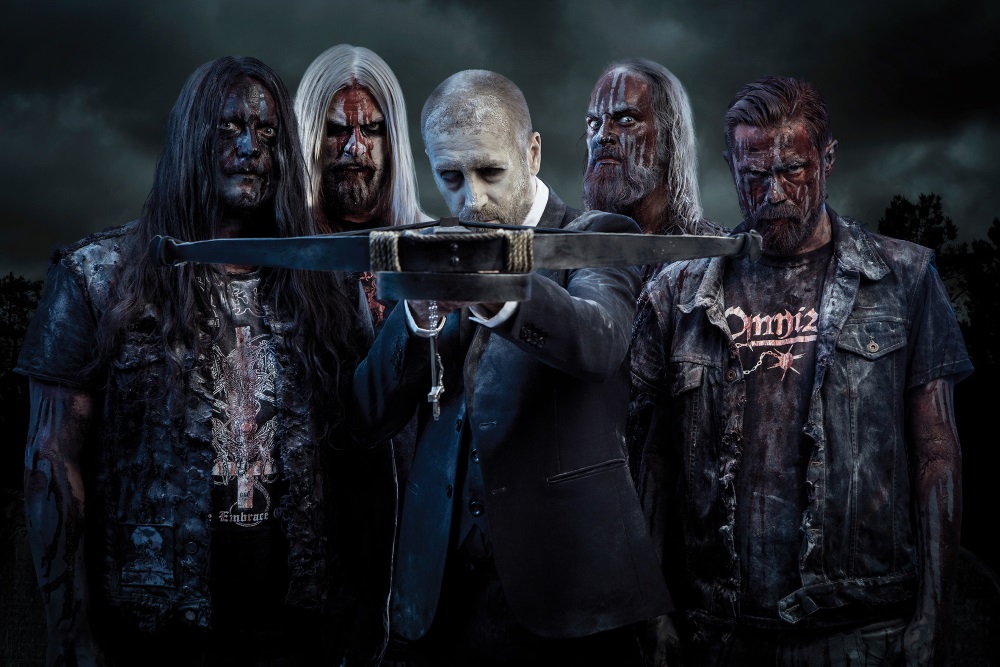 The 1980s saw these Swedish teenagers consuming all the horror and slasher movies they could, glued to their VHS’, their obsession with the genre only intensified as the media campaigned and lobbied against an outbreak of “video-violence”, preaching warnings of how it would ruin a generation of kids.

Fast forward 30 years and those media warnings have come to fruition as those teenagers grew up and became Bloodbath, Sweden’s shadiest death cult and they now present to you “Chainsaw Lullaby”, the gore-filled, blood splattered ode to their weapon of choice spliced together with an AC/DC inspired death ‘n’ roll soundtrack. Welcome to the terrifying Bloodbath world where the saw IS the law!

I wanted to keep it really simple and uncomplicated whilst retaining an evil groovy drive to make the song engage in headbanging action and sing along exercises. Having started a ‘red’ thread, I then locked in the chainsaw concept as a dual tribute to the Boss HM-2 guitar pedal sound as well as my love for the horror slasher genre and had both the music and lyrics going at the same time. I’ve always been a fan of lyrical paradoxes and the song title was just waiting to happen.”

The Arrow Of Satan Is Drawn is a new slab of old-school, HM-2 driven blackness, set to be unleashed on the world on 26th October.

This is the second with Old Nick on vocals. If their previous Grand Morbid Funeral was a thick spray of deathly noise, The Arrow Of Satan Is Drawn is the rotten, fetid state of the world and our inevitable doom that is casting a looming shadow over proceedings. With world leaders threatening nuclear annihilation in 140 characters over social media, capitalism tearing itself apart, a willful march into a surveillance state via handy pocket spying devices, a shifting climate that appears to literally be trying to kill us… It’s all fueled Bloodbath’s newest ode to filth.

THE ARROW OF SATAN IS DRAWN TRACKLISTING 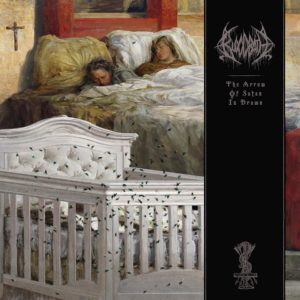