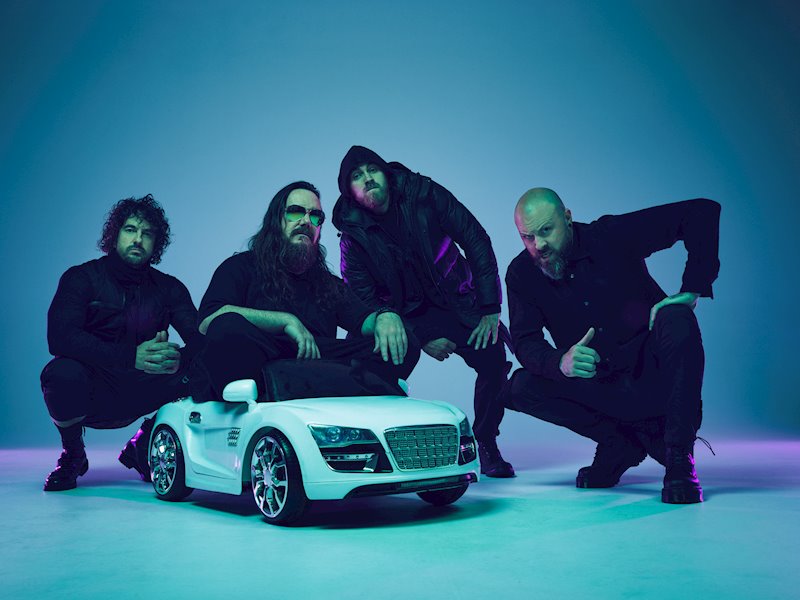 Australian metal fusion geniuses, Twelve Foot Ninja, are releasing their third epic album on October 15th, 2021, Vengeance. They developed their iconic foundation in 2008, and have not stopped the train from going since, releasing debut alum Silent Machine in 2012, and Outlier in 2016. Creative and dynamic musicians, Kin Etik (vocals), Stevic (lead guitar), Russ (drums), and Ro (rhythm guitar and backing vocals), are the quirky men behind this incredible project.

Vengeance is a crazy dive back into the 80’s with some synth action and peculiar soundscapes. It is an expedition into robotics, jazz, funk, pop, Spanish style guitar, and of course, what we are all here for, metal. Every twist and turn takes you in a different direction, but it is done so flawlessly, you just go with it. When you add in the intense vocal range of Kin, you have something really special. Twelve Foot Ninja has also paved a solid path of odd music videos and imaginative marketing through graphic novels, video games, and now a novel written by Nicholas Snelling about a character developed by Stevic, titled “The Wyvern and the Wolf.”

Stevic was kind enough to chat with Metal Nation about Vengeance.

“If I was going to do a project, I’ve got to find a way to write the kind of music I want to write, which a lot of people were telling me was confusing, and I’m like, that’s the point.”

This is my first interview posting a video instead of transcribing, and there is a reason for that. Stevic is very entertaining and hilarious, there was simply no way to transcribe his crazy sounds and personal personality.