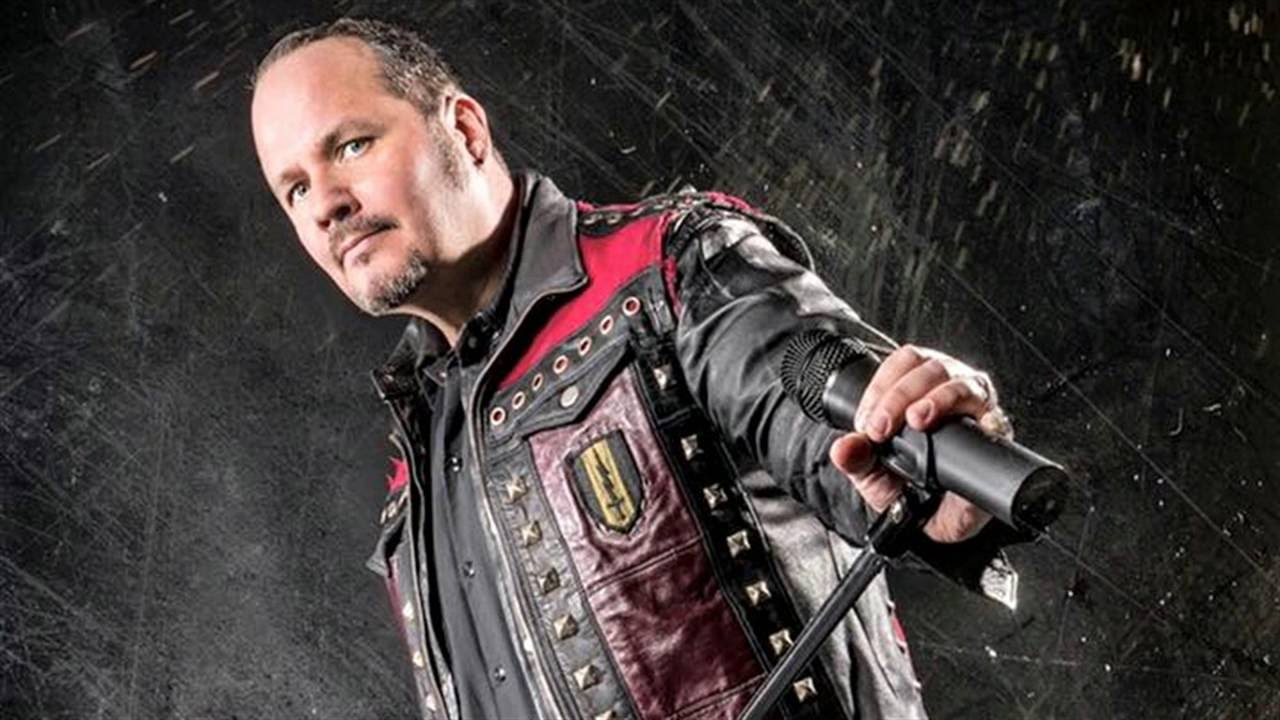 Since exploding onto the metal scene in 1996 as Judas Priest‘s new vocalist during Rob Halford‘s hiatus, Owens has earned a name for himself throughout the heavy rock community for his amazing vocal abilities. After his stint with the Metal Gods, Ripper went on to front Iced Earth and Yngwie Malmsteen’s Rising Force, Beyond Fear, and later, Charred Walls of the Damned. In between all of these projects, Owens has lent his vocals to a number of cameo projects and tribute albums. This year, however, fans will get a true opportunity to hear the various shades of Owens voice, from over the top raspy falsettos with The Three Tremors, to his standard metal fair with Spirits of Fire, to a new and rarely heard straight forward rock and roll approach with A New Revenge. This week, as he prepared to take the stage in Poughkeepsie, New York, Metal Nation caught up with Tim to discuss all three of his new projects and where he sees them going beyond their amazing debut releases.

You are a very busy man. Three new albums in a three month span. Have you cloned yourself and no one’s caught on?

Let’s start with The Three Tremors. This is sort of something you’ve done over the years with other vocalists in a live setting: Udo Dirkschneider, Blaze Baley, Geoff Tate, if memory serves. Tell us what makes this different.

“It is different. In America I did a tour with Geoff Tate and Blaze. The difference hear is, Sean Peck called me and said if I was interested, he wanted to make a record. Do something original, and not just go out and do the Priest history and things that I did and all of our stuff. That;’s what got me. And also, I think that it was going to be kind of old school. Everything’s kind of over the top. The artwork, the lyrics, the singing. Everything we do is over the top. It’s straight-forward, heavy metal that kind of makes your head explode. For some people it may not be their thing, but that’s also what won it over for me. It took me back to what I loved in the 80s. I think that was it. This being a band that we’re going to tour and do all that instead of just being something else, we were putting out a CD.”

This is pretty much a pure power metal, vocal-centric album. Is this something you’ve wanted to do for a while?

“I never really thought of doing it. I’ve done a lot of different sit-ins with bands and guest singing, but I wasn’t sure if I’d ever really do it. Especially with this much high notes. If this was my own record, I wouldn’t be putting this much high notes on it. The great thing is, we all can do that. We’ve combined all our superpowers, our super high note powers, and put it all on one record. That’s why it’s always full going at you. That’s what’s funner about doing it this way.”

Given that you, Sean and Harry have such powerful vocal styles, what changes did you make with The Three Tremors to add some distinctiveness to your own voice? I thought I heard more falsetto, which you just alluded to, as you alluded to, and maybe just a little more edge.

“That’s exactly what I did. What happened is, Sean sent the record, his vocal ideas and the melodies he already laid down. So I recorded the whole record again myself using his vocals as a template. But I didn’t want to sound like him though. It was cool because, if I would have sung normally like him, it probably would have sounded a lot like him, but I sang a lot of different things. I did a lot of layering, a lot of harmonies. A lot of the vocal I used was a falsetto with a raspiness kind of in the vein of Metal Church, Savatage, AC/DC. It was just a different type of vocal. I use those vocals on every record, just not as much. Like I might use it on one song on the Charred Walls of the Damned record. I used it on one song on the Spirits of Fire record. This one, I used it all the time, I used a lot more characters, just so I could be different and stand out.”

You were also working with Chris Caffery of Savatage and Trans Siberian Orchestra alongside producer Roy Z, on Spirits of Fire, which is more in the wheel house of what fans best know you for. Tell us about that band and how it came together.

“You know, it is, and it’s got Mark Zonder on drums. For people that are fans of him, he’s probably subdued a little bit on this. he’s doing something a little bit different. That’s why we all like this CD so much. We’ve all done a little bit different things. There are songs on there that remind you of Judas Priest. There’s songs that might remind you of Savatage. There’s other stuff that’s just totally different. There’s a slow one I wrote on there that kind of reminds me of a David Bowie type vocal. So there’s just different types of songs on there, and that’s what makes it great. I think putting out three CDs like I did, the best thing is, I never put out a CD that sounds the same. The three of these CDs are all totally different.”

While your voice is pretty recognizable to metal fans, you’ve always had this adaptive ability. There are tracks here that sound very Priest like, while others have more of a Dio vibe to them. Do you have sort of an innate sense on where you want to go vocally or did you work with Chris Caffery and Roy Z on how to approach each vocal performance?

“Chris and I worked on some, and some of these songs, Roy sent the music and it just came together so easy. Everything’s always kind of different. A couple of the songs on there Chris had written, and his melodies and lyrics sounded just like Savatage and I was so excited to sing it. I’ve got to be honest, I think it’s some of the most perfect stuff for me on this CD. I’d like to just sit down with Chris one day… on the next record I think it would be great if the whole record sounds like that. But, I just sing whatever. I start singing and it comes to me and builds. Every song doesn’t have to be a screaming thing. Every song doesn’t have to be power. It can just be some finesse. That’s why I’ve always said, from day one, I like versatility in singers. My favorite singers were Rob Halford, Ronnie Dio, Jon Oliva, and even Chris Cornell. All very versatile singers. What I’ve always said is I like to sing in characters. “

This brings us to  A New Revenge, which is probably the most different from all of these in terms of what we expect from you vocally. This was formerly Project Rock. with Keri Kelli, James Kottack, and Mr. Ubiquitous, Rudy Sarzo. Tell us about that one and how it all came together.

“Keri Kelli messaged me and said ‘Hey I’ve got this thing I want to do.’  Years and years ago we did this thing in Russia called Rock Star. We went and did one little run and then I said, ‘Dude, I can’t call it Rock Star. I’m a Monster Energy guy. I don’t even like the name Rock Star (laughs).’ So we had changed the name to Project Rock, and we would do these tours in Russia and Europe. Then Keri started sending me music and said, ‘Let’s do some stuff.’ I really loved it because it was different. I’m still sounding like Ripper, and I think this is the most raw kind of sound I have. You can really hear the character in my voice. This is more of a Dio-esque kind of style because it is just straight forward sing, but with tons of melody. So I was excited to do this record. It was finished three or four years ago, I think. It’s not a metalhead record. It’s a hard rock, catchy, sing-a-long, drink your beer kind of music. We finished it years ago, but we weren’t sure about changing the name. We were going to change the name and put it out about two years ago. James was still in the Scorpions and he was getting ready to release something with them, and we were going to change the name to A New Revenge and slip a little something about it in their DVD or something, but at that time I don’t think James wanted to change the name. He didn’t think we should, so we scrapped it. Then it came out finally (laughs).”

So far you have released the singles, “The Way” and “Never Let You Go”. Are they pretty indicative of what the rest of the album will sound like?

“Yeah, it is. There’s all kinds of stuff. There are a couple of catchier ones, and then there’s a great one called ‘The Distance’ that’s a little faster, a little uptempo, classic hard rock sounding. But it’s really kind of like that. It’s a great CD., every song. It’s just a great CD to put on.”

Check out the full interview with Tim Ripper Owens below as he talks more in-depth about his three new projects, pick up all three records, and catch him on tour this Spring with The Three Tremors.

DESTRAGE Interview: SO MUCH. too much. Matteo Takes Us On A Wild Ride