The End is Near: SLAYER announce final World Tour with LAMB OF GOD, ANTHRAX, BEHEMOTH, TESTAMENT 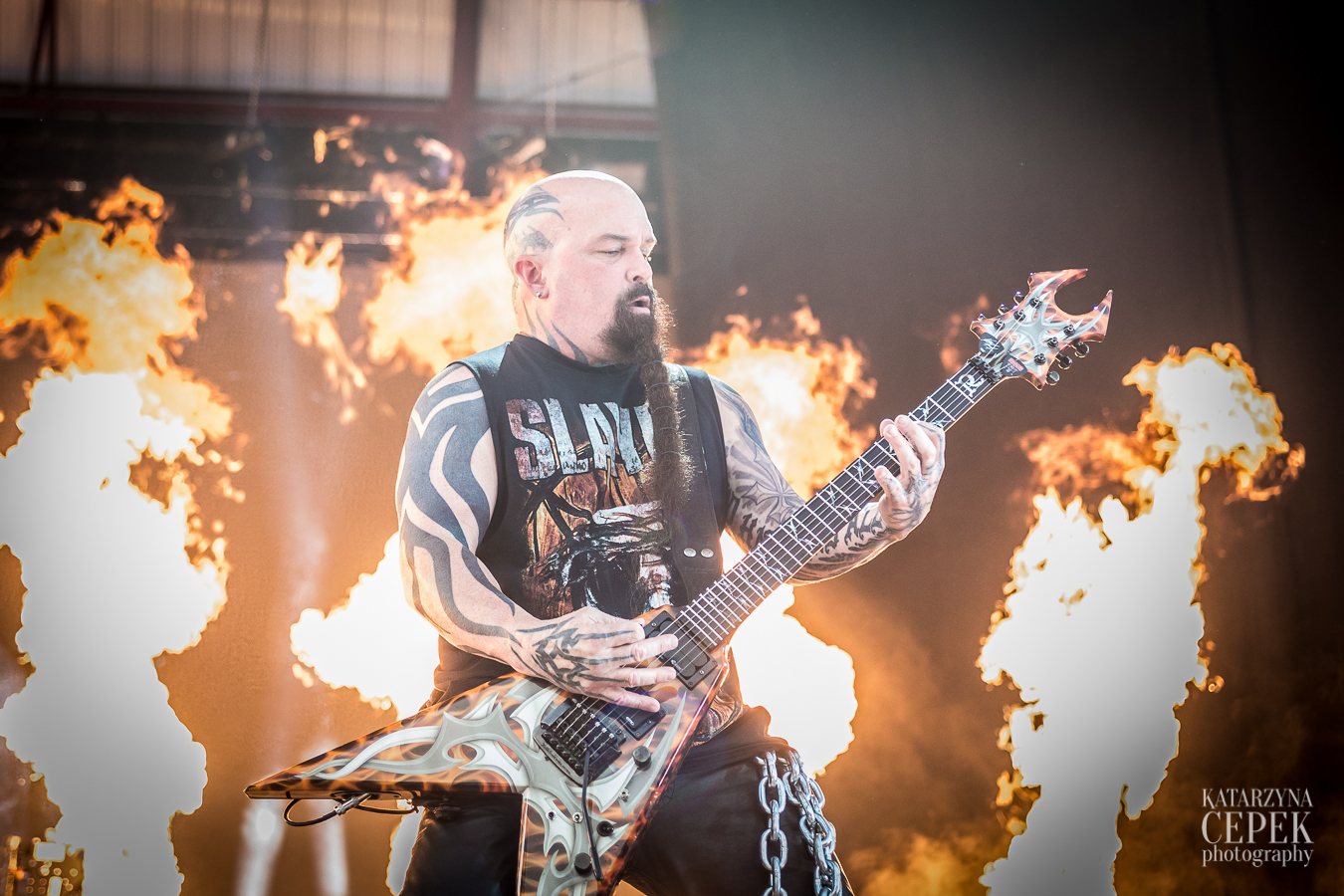 After making some of the most brutal, breathtakingly aggressive, all-hell’s-a-breaking-loose music ever created, being one of the four bands that defined an entire musical genre and being the band that other heavy acts are measured against and aspire to…after nearly 37 years, releasing 12 studio albums, multiple live recordings, compilations, live video and two box sets, playing nearly 3000 concerts in all corners of the world, receiving countless awards including five Grammy nominations and two Grammy awards, Gold records and other accolades…having its own exhibit in the Smithsonian Institute, gracing hundreds of magazine covers, experiencing the devastating loss of a founding brother, and even appearing on “The Tonight Show,” the age of Slayer, one of the greatest thrash/metal/punk bands of this or any age, is coming to an end. Slayer announces that it will do one last concert tour around the globe to thank their fans for all of their support over the years, for making the last three-and-a-half decades so packed with good times and unforgettable experiences, and will then move on.

Lamb of God, Anthrax, Behemoth and Testament will support Slayer on the first leg, North America, of its final world tour. Tickets go on sale to the public this Friday, January 26 at 10AM local time. Very limited Slayer onstage + meet & greet+ exclusive merchandise packages will be available. Log on to www.slayer.net for this and all ticket purchasing info.

“If you are lucky enough to be invited to play even just once with living legends like Slayer, it’s an incredible honor. Slayer gave Lamb Of God our very first two overseas shows. Slayer has subsequently taken us on several full-length tours, both at home and abroad. The guys in Slayer and their crew have also always been very, very cool to our band. It is irrefutable that Slayer helped create the genre of aggressive metal, and all modern bands of that ilk owe them a huge debt – I know we do. To be asked to be a part of their final tour – well, it just makes you stop and realize just how lucky you are. Hail Slayer! We’ll see you on the road…” – Randy Blythe, Lamb Of God

“It’s truly an honor to be on Slayer’s final tour,” said Anthrax’s Frank Bello. “Anthrax and Slayer have toured together for decades, we are family, band and crew, so we want to help give Slayer the best send-off possible, and to have one last blast with our friends. But you know, at the end of the day, Slayer will never die.”

“Well, well, well…the dream comes true AGAIN it seems. Behemoth will be teaming up with mighty Slayer again for another extensive American run later this year! Nothing short of epic if you ask me! I cannot wait to confront American legions again before we unleash the new record. One of the biggest metal tours this year: Testament, Behemoth, Anthrax, Lamb Of God and Slayer. Can you miss it out? FUCK NO!” – Nergal, Behemoth

“Sharing the stage with Slayer once again is going to be an honor, and to be a part of the final tour is going to be a special privilege for us. Slayer has influenced so many aggressive bands in their career. This tour will be an epic time for all who attend. Do yourself a favor and clear your calendars when this show comes to town. This will be your last chance to see a tour like this. Get ready North America for the devastation.” – Chuck Billy, Testament. 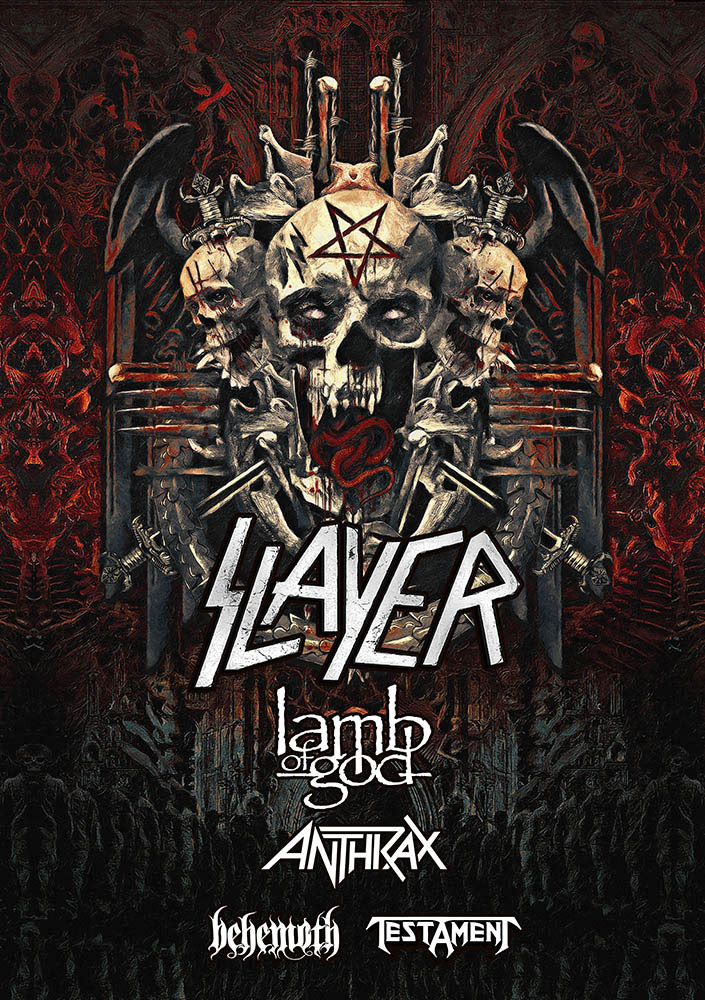 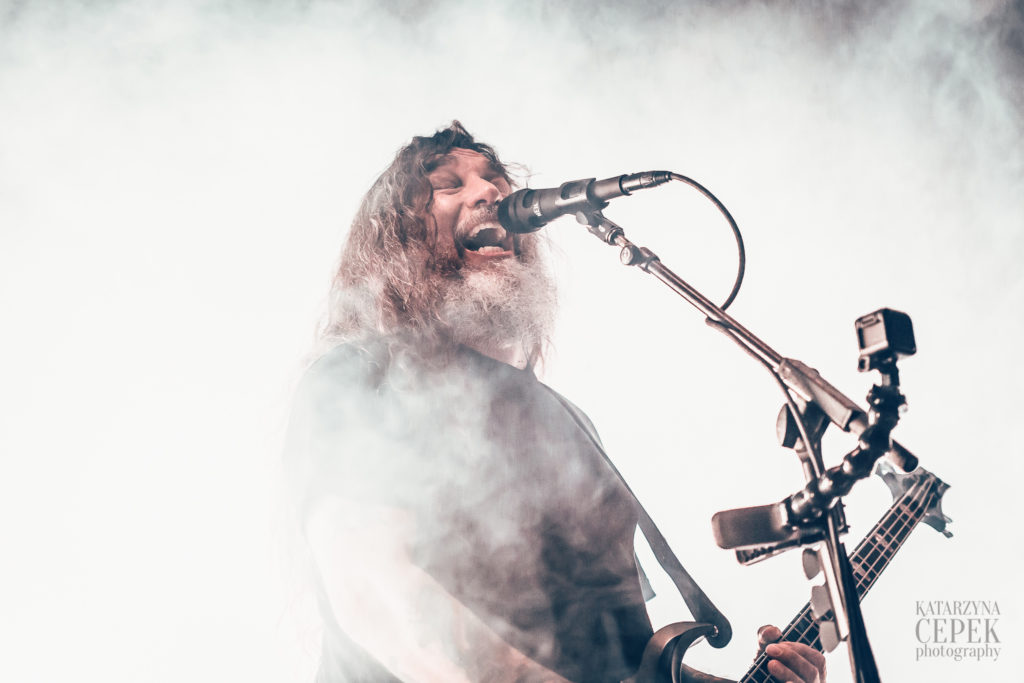