METAL CHURCH Interview: MIKE HOWE embraces metal therapy on ‘Damned If You Do’ 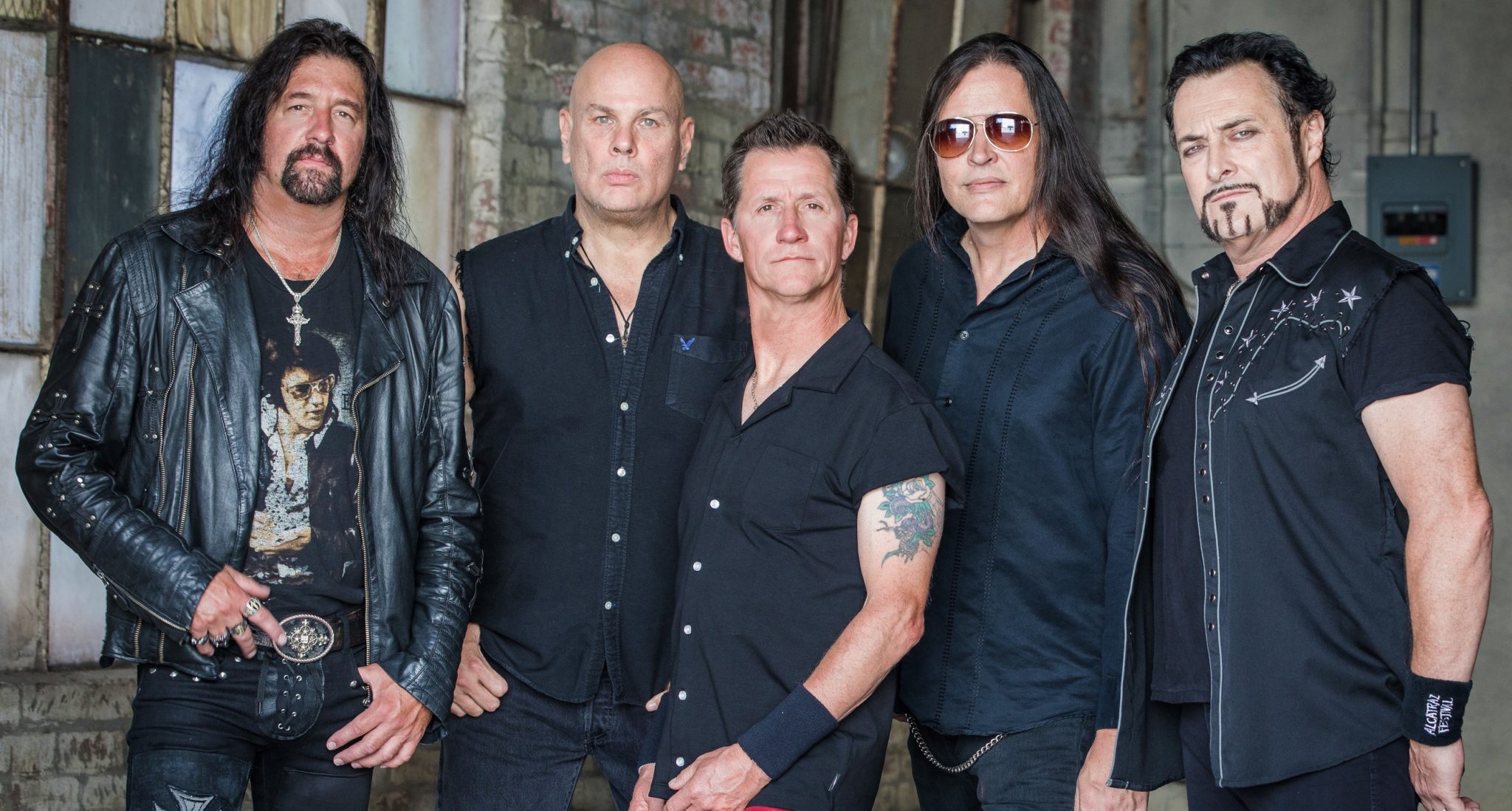 Few bands in metal have been as influential as they are underrated, and near the top of that list is Washington’s Metal Church. Founded initially by guitarist Kurdt Vanderhoof in 1980, the band unleashed its eponymous debut record in 1984. Vocalist Mike Howe would join in time for the band’s third album, 1989’s Blessing in Disguise. While Metal Church has utilized three different vocalists during the bands’ various incarnations over the last 35 years, Howe is most frequently considered to be the group’s signature voice. After recording three albums with the the group between 1988 and 1995, Howe left the shifting music scene altogether. He returned to the Metal Church fold 20 years later, reuniting with Vanderhoof, who claims that Metal Church would likely not have continued without Howe’s re-emergence. The duo, along with longtime bassist Steve Unger and guitarist Rick van Zandt, reappeared in 2016 with one of the band’s strongest albums, XI. The record signaled not simply a rebirth for the band, but an awakening within the metal community that re-energized old fans and brought in countless new fans as well.

This month, Metal Church has again unleashed a beast of an album with their twelfth studio effort, Damned If You Do. The album picks up where XI  left off, but is a heavier and more powerful affair overall. This week, Metal Nation spoke with Howe about the new record, the impact of new drummer Stet Howland, and we look back at his memories of his debut album with the band, 30 years ago.

Tell us about Damned if You Do from your perspective.

“We approach each album the same way. We go into the writing mode and we hope for the best. Having said that, we go in with joy and just having the best time that we can doing that in the creative process. Kurdt and I get together and we have this great chemistry between us that we’ve always had, and when we go in to write music we just go in to have fun. Whatever comes out of us, if we enjoy it and it makes us feel good and it rocks hard, then it’s something we keep. If we don’t then it is something we cast aside. I think that is a reflection of that process and how we enjoy what we do, and it shows through. This time around, I believe we rocked it a little harder. Kurdt came up with some riffs that were just incredibly heavy and awesome—as he usually does—but this time with a little bit more edge to them. We don’t try to overthink what we do. We just try to feel it and let it flow and see how it turns out. We’re very happy with the end results.”

To my ear it’s a heavier and perhaps more aggressive record. This is Stet Howland’s first record with the band–maybe he had an impact on some of that?

“Yeah. Maybe he did. When we got off the road from out last tour, we found out he had cancer, so that was a big blow. But he went into treatment and he came out on the other end cancer free, and we are very happy and grateful for that. Maybe he brought some of that gratitude into his playing, and the joy of being alive. Whatever it was, he did an awesome job, and everyone responded in their playing and their passion. All the players in the band really put some passion into this album. I think you can feel it and hear it. I know I can.”

How’d you guys come up with the idea for that “Hum” intro for the title track. It’s a crushing song without it, but that just adds this dynamic element to it. It’s like heavy metal yoga.

“Yeah. Well, you just said it, because I do practice yoga. I’ve talked to Kurdt for a while about wanting to incorporate some sort of chant into a song. This time around, I heard that riff, and I was like ‘Hey, why don’t I try a little hum in here and see what we can do.’ It was just one of those creative songwriting moments where you got lucky and it worked out and we inserted it, and it just kicked that song up a notch for us.”

I know there is no lyrical theme or concept for the record, but looking at some of the song titles; “Out of Balance,” “The Black Things,” “Rot Away,” “Revolution Underway”; when you look at what’s going on in this country right now, the world in fact… were there heavy topics weighing on your minds?

“Always. I mean, we’re adults with a conscience and an opinion about the way things are in the world, and heavy metal is a great vehicle for getting frustrations out. It’s always what we’ve done and how we’ve pursued our lyrics and our message. But we also want to be a little nebulous and vague so that people can use these lyrics to interpret and use them in their own life and get their frustrations out. That’s what I believe metal is, a release of frustrations and anger in a healthy way. To say F.U. to this and to that, and get it out in a healthy setting and hopefully get a little bit of therapy out of that (laughs). I know I get it.”

Not is only is 2019 shaping up to be a big year for you guys, it also marks the 30th anniversary of your debut album with the band, Blessing in Disguise.  What are your memories of making that first album?

“It was a whirlwind, because they had written 99% of the music already and it was ready to go. They were just looking for a singer. So when I came in, ‘Badlands’ was one of those things that was late in the game that I was involved in—I co-wrote ‘Badlands’ with them. It went on the record and turned out to be what it was. So that was exciting. I just remember being holed up in a studio outside of Philadelphia for a month straight, living with the guys and going to the studio every day for 30 days, and just tracking and tracking and tracking. It was very exciting. Then once we finished the album we were on the road touring for a year or more. We were young and we’d just get on the bus and start touring.”

You can check out the full interview with Mike Howe below as he talks more in-depth about some of the songs on Damned If You Do, his songwriting process with Kurdt, and more. Metal Church is our December Artist of the Month and you can check out that article HERE.