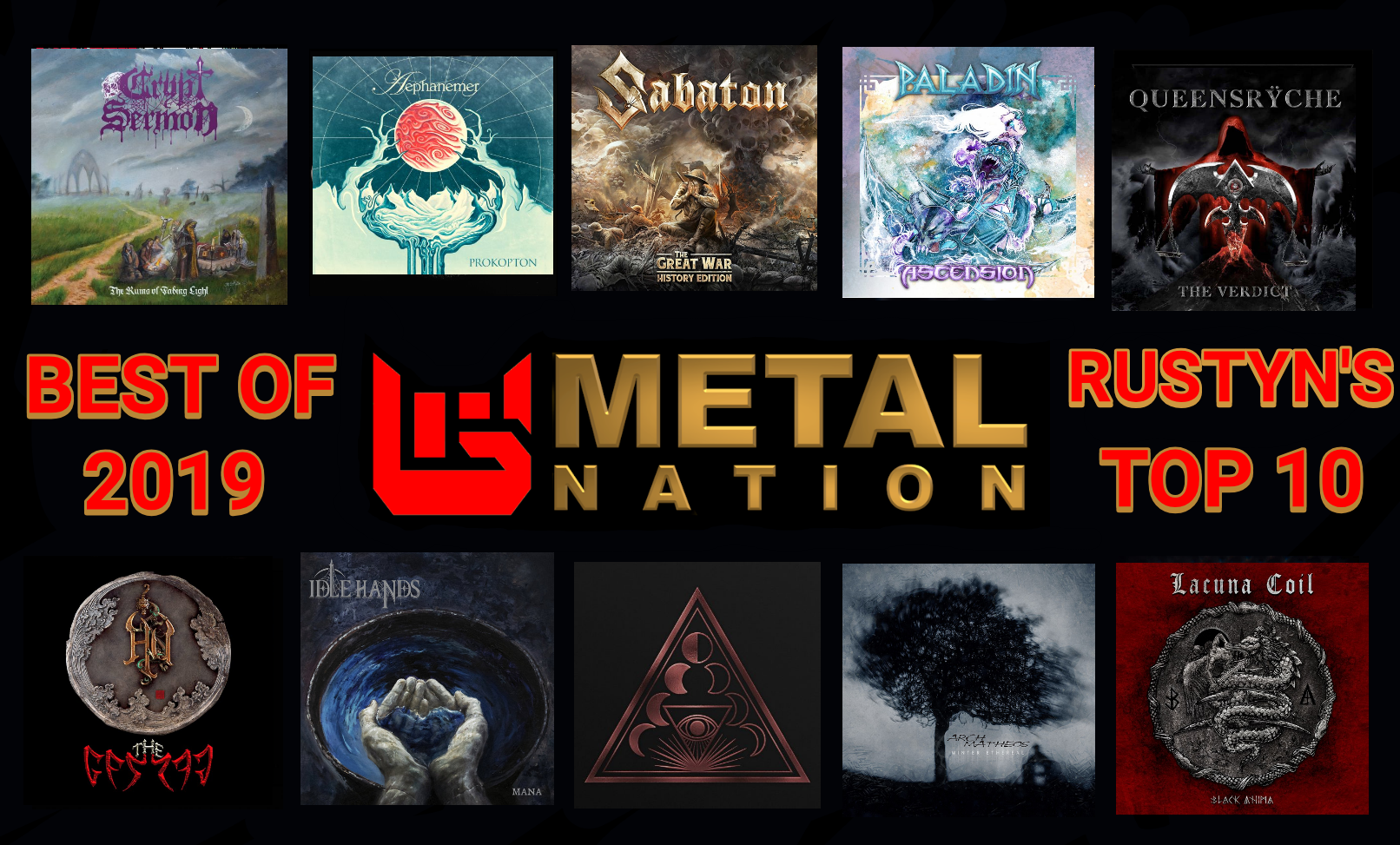 This has been a season of change for yours truly. After 30 years of writing non-stop about hard rock and metal, I semi-retired this summer. For the first time in three decades, I didn’t close out there year with dozens of album reviews under my belt. Hence putting this list together met with a bit of difficulty, and a lot of pouring over the year’s new releases to see what I might have missed. In saying all this, it is to let my fair readers know, that this is merely my personal list of albums that resonated the most for me, and a qualifying reminder that I did not hear every album that was released this year, so I most certainly missed a gem or two. It’s also fair to admit that I’m not a huge extreme metal fan, so brilliant releases from Cattle Decapitation, Jinjer, and Blood Incantation are noticeably absent, but certainly among the year’s best. 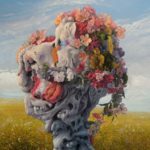 Honestly, the third album from Boston’s neo-folk symphonic progressive metal alums should be somewhere on the list you’re about to read, but I came to it late; independent release that came out in November as it were. This is the Wilderun‘s first release since their revelatory Sleep at the Edge of the Earth, which coincidentally I also did not discover until the year-end lists were complete. I would be hesitant to call Veil of Imagination a better album than its predecessor, but it could be argued as such and I won’t put up a fight. This album feels so complete and balanced. It is epic, atmospheric,  heavy and dark, yet also beautiful and soaring. Check out the “Tyranny of Imagination” back to back with “Far From Where Dreams Unfurl” and you’ll understand the madness and the magic. 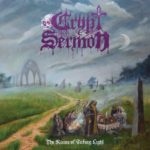 Philadelphia’s doom-influenced traditional metal uprisers returned this year with their sophomore release, The Ruins of Fading Light. This is an album which ably compliments and matches their stunning 2015 debut, Out of the Garden. Led by the guitar wizardry of Steve Jansson (Trenchrot, Infiltrator, Daeva) and the vocal dexterity of Brooks Wilson, Crypt Sermon have managed to overcome the burdens of expectation that might have weighed them down. The songwriting and structures are brilliantly-crafted, though admittedly at a near hour long running time, there is a bit of fat that might have been trimmed. That said, there’s little not to enjoy. The fretwork is fantastic, and Wilson stretches out vocally over his work on the debut record, something you immediately get a sense of on the album opener, “The Ninth Templar (Black Candle Flame)”. Enrique Sagarnaga is right in the groove behind the kit on every track. Everything comes together perfectly, with just enough muddy rawness in the production to keep it from feeling too polished. For those who were disappointed, as I was, with the new Candlemass album, Crypt Sermon deliver the goods their forefathers fell short of. 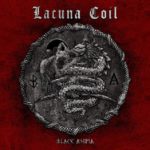 I was admittedly fairly disappointed with Lacuna Coil’s last two records, 2014’s Broken Crown Halo and 2016’s Delirium. The former more so than the latter. Delerium at least had some salvageable moments. This is to say I approached Black Anima with a skeptical ear. Perhaps hearing a record with less expectation is a better, since it has no hype to live up to. Regardless, I found Black Anima to be an enthralling achievement for the band. Cristina Scabbia’s voice is pure delight and nowhere does she shine more than the superbly articulated “Veneficium.” The band has re-written its sound into a modern gothic alt metal melange. Everything about Black Anima works, from the tight performances to the dynamic mixture of groove, melody, and dual vocal stylings. This may be the album and sound that Lacuna Coil has long aimed for, and they have truly hit the target with Black Anima. 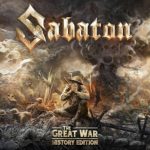 I can hear the metal elitists judging me as I write this, and I do not care. Sabaton are one of my favorite power metal bands despite the oft over-the-top cheesiness that abounds. The Swedish maestros have delivered another album packed with anthemic odes to history and war.  Their latest is a concept album about the war to end all wars, World War I. Chugging riffs, huge melodies, and mammoth vocals all rage alongside educational lyrics and a freight train of bombastic fun. While Sabaton is a band easily dismissed, I personally enjoy their historical take on power metal, and while not quite as memorable as 2016’s epic The Last Stand, The Great War delivers across the board. 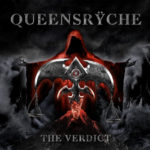 Progressive metal titans, Queensryche closed out its fourth decade with a statement effort in the form of its fourteenth full-length original studio album, The Verdict. The album marked the third studio release for the band’s current line-up, which features founding members Michael “Whip” Wilton (guitars) and Eddie Jackson (bass), alongside Parker Lundgren (guitars) and Todd La Torre (vocals). Queensryche have crafted a magnificent and timeless album with The Verdict, balancing the band’s iconic past with its evolving modern sound. From top to bottom, everything a Queensryche fan could ask for is here; deft performances, fantastic progressive moments, and intelligent lyrics. This is Queensryche‘s most impressive and cohesive effort in years, and given the strength of their previous two records with La Torre, that’s no small feat. 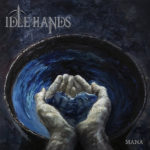 While Portland, Oregon is better known for its doom scene, Idle Hands brings a traditional metal sound with a gothic ethos. If one could blend 80s new wave with heavy metal, Idle Hands might be the lovechild of that union. The vocals of frontman Gabriel Franco (from our much beloved and now deceased Spellcaster) deliver in a way that recalls Joy Division or The Cure to some degree. In some insane way that style works perfectly with the Gothic bent to Idle Hands metal foundation. The able is packed with big melodies, fantastic guitar work, including twin guitars, and of course the unique style of Franco’s vocals. It’s all very catchy and atmospheric. The album feels good and begs for repeated listens, which at the end of the day is what you really want from your favorite albums. Mana is fresh yet comfortingly familiar. 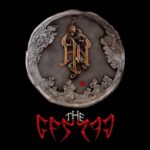 Arguably the most buzzed about and hyped band of 2019, The Hu did not disappoint with its international debut, The Gereg. The Mongolian quartet, which blends its traditional musical instruments with an American heavy rock sound (which they refer to as “hunnu rock”), has created something altogether new and engaging.  All vocals are in their native tongue, full of war cries, chants, and guttural singing. Throughout the album there is a balance of ass-kicking rock with elements of World Music. It’s very atmospheric and in many ways a beautiful, even peaceful record. The songs are exquisitely intricate and textured.  Even though I don’t understand a word they’re singing about, it’s an album I can listen to continuously and it always makes me feel good.  Already modern artists like Jacoby Shaddix of Papa Roach, Lzzy Hale of Halestorm, and From Ashes to New have performed with The Hu on their tracks “Wolf Totem,” “Song of Women,” and “Yuve Yuve Yu,” which speaks to the band’s broad appeal. This is a group and an album to discover. 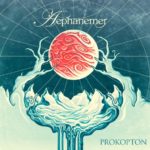 I stated at the outset that I’m not really an extreme metal guy. Death metal growls don’t really grab me. So it should say something that France’s Aephanemer’s made this year’s list with its sophomore release, Prokopton. If you were less than impressed with Children of Bodom’s Hexed this year, then this record should quench your thirst for melodic death metal that hits that sweet spot between aggression and catchiness. The record improves upon the promise of the band’s 2016 debut, Memento Mori, showcasing more elegant arrangements to match the riffs and hooks that are celebrated on Prokopton. Vocalist and rhythm guitarist Marion Bascoul is adept and channeling her gruff vocal style to intonate the nuances of her lyrical delivery. Band mastermind and guitarist Martin Hamiche has penned another record that feels cohesive and full, with soaring symphonic elements that add drama over the melodeath foundation. 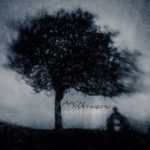 I admittedly spent much of the year bouncing back and forth between this album and Dream Theater’s Distance Over Time regarding which might make the top 10 cut this year. You can see which album won out. Former Fates Warning bandmates guitarist Jim Matheos and vocalist John Arch took eight years to create a sophomore record together, but the wait as they say, was more than worth it. As one would expect, John and Jim surrounded themselves with some of the best players in heavy music and their varied contributions and rich flavors to the sonic soundscape of Winter Ethereal. in particular the drum work of Mark Zonder,  Bobbie Jarzombek, and Thomas Lang. The sound of the record takes many directions, deep with textures and layered dynamism. Fans of progressive, power, and traditional metal should all find much to embrace here. 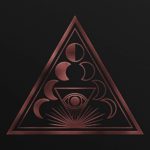 This year saw the release of Soen’s fourth studio effort, Lotus. The record follows the Stockholm quintet’s critically-lauded third album, 2017’s Lykaia. The progressive heavy music artisans sound more confident than ever on Lotus, and it resonates throughout the record.  The album is pristeenly paced and vocalist Joel Ekelöf’s vocals are achingly emotive. Check out the track “Penance” and discover for yourself. The rhythmic anchor of drummer Martin Lopez and bassist Stefan Sedberg are stellar, while new addition, guitarist Cody Ford slides into his role flawlessly. While everyone else is drooling over Tool’s new effort, Fear Inoculum, I’m just sitting here laughing at their wrongness and quietly inviting them to board the correct ship to take a true sonic voyage. 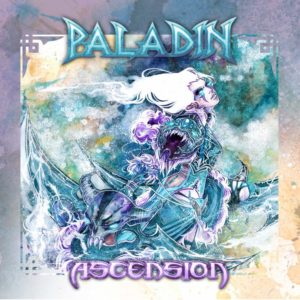 Atlanta, Georgia’s Paladin has released arguably 2019’s  strongest debuts, featuring a blistering mix of thrash and power metal that minces no riffs. The band manages to blend Bay Area thrashiness with European power elements, and even an injection of melodeath at moments. Imagine dropping Glenn Tipton and KK Downing in the middle of early Metallica with the flourish and sonic bombast of 90s Euro-power …minus the cheese. The band is the brainchild of guitarist/vocialist/songwriter Taylor Washington who has surrounded himself with an ensemble class of musicianship in guitarist Alex Parra, drummer Nathan McKinney, and bassist Andy McGraw. Washington and Parra flash across the fretboard like a sonic flamethrower with McKinney and McGraw adding their own frenetic thunder. Washington bends from soaring clean vocals to snarling growls and guttural rasps. The twin guitars segue instantly from Iron Maiden-on-meth, jet-fueled runs to aggressive and anthemic riffs and heavy rhythms. All of it comes across perfectly balanced despite the chaos of it all. Rapid fire delivery, technical prowess, and well-crafted songwriting make this one of the year’s best metal offerings.