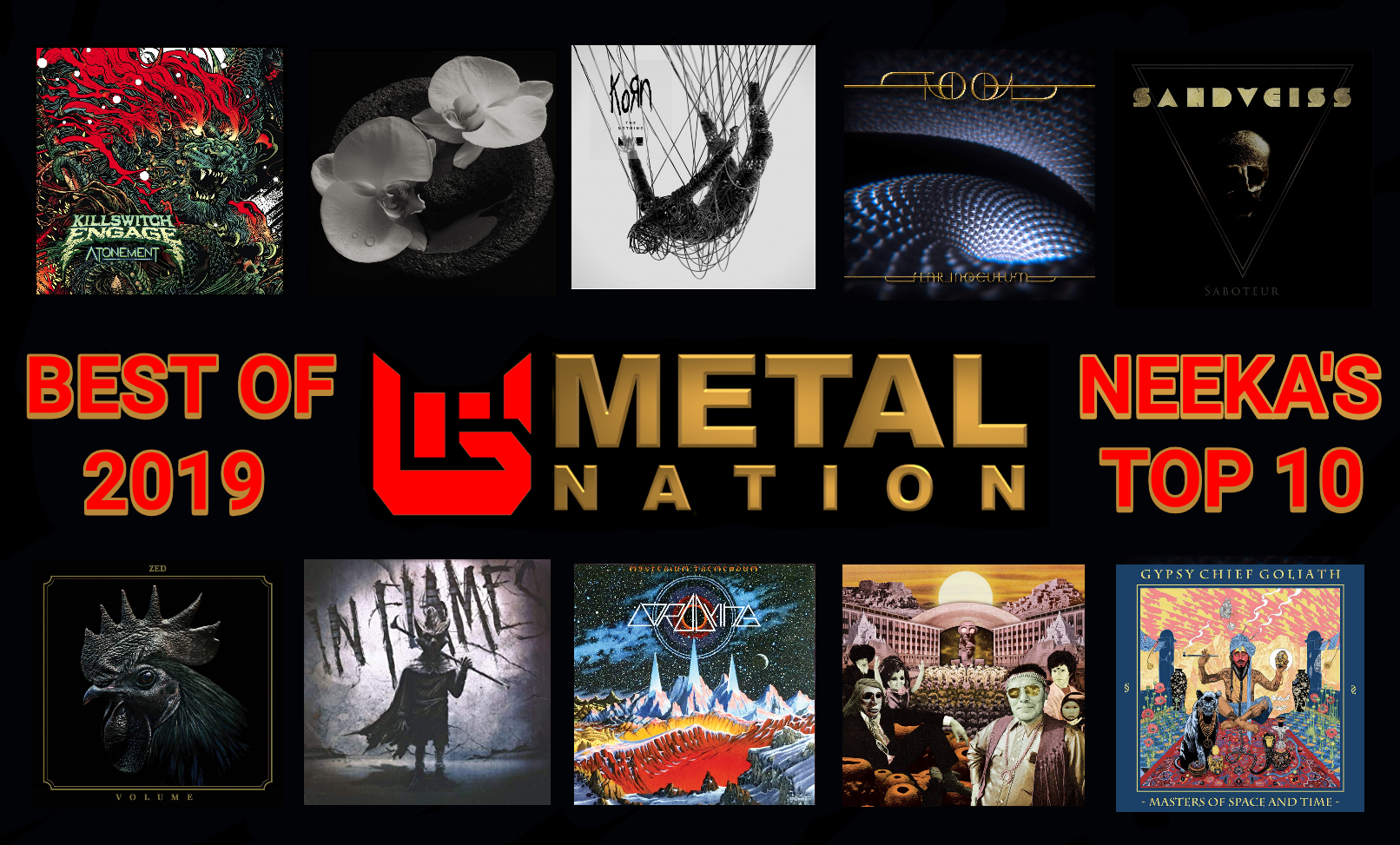 This list was especially difficult to create since 2019 brought some incredible music. I wrote and rewrote my list numerous times, while listening to each and every one of these albums over and over to attempt to give it my best. Since this is opinion based, there is no wrong or right answers. What you will find in this list, is albums that have had a huge impact on me this year. As always, it will be a bit more unconventional than most 2019 lists due to the desire to discover bands and albums that may not be on rotation at your local station. Some of my favorite bands have been coincidental or accidental findings, and I am beyond thankful for this. I will have an honorable mention section, because damn, it was a good year. 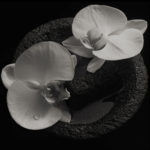 It is impossible for me to not have Mike Patton on any list with anything he touches. This album is exceptionally alluring with a thought-provoking conceptual tone. It is jazzy, lyrically animated, and all-around entertaining. Dinner music? Perhaps. Patton twists? Of course! Corpse Flower is just as bizarre as you would expect coming from the master of vocal ranges. Like a fine wine, Patton’s music ages well. Add self-taught powerhouse French piano player and composer, Vannier, and the outcome delivers a delicious and curious musical composition. 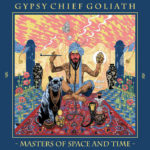 To have his album so far down on my list is almost a sin. I have changed its’ position a million times on my ranking and am still beating myself up for the number 9 spot. They represent all things I love in music. Extraordinary talent, haunting and classic vocals, 60’s feel with a bluesy and southern rock twist at times, catchy riffs, a beautiful album. A solid stoner rock album with every element of what is good in musical composition. Astounding talented men out of Windsor, Ontario, Gypsy Chief Goliath includes members; Al “the Yeti” Bones (vocals, guitar), Adam Saitti (drums), Darren Brush (bass), Dustin Black (guitar), Mark Calcott (keyboard), and John Serio (guitar). Masters of Space and Time explores many types of music all within one album, yet it fits together perfectly. It is an incredible album. 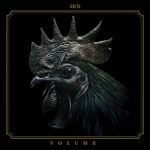 This album is dear to my soul. It is every changing and beautifully composed. The whole album is sensational from beginning to end with elements of 90’s rock, blues, classic rock, and stoner rock vibes. I listened to this album multiple times before I reviewed it and I enjoyed every damn minute of those moments. Rocking straight out of San Jose, California, ZED began their musical endeavors in 2007, and as of now is a four-piece consisting of members: Pete Sattari (guitar, vocals), Greg Lopez (guitar), Mark Aceves (bass), and Sean Boyles (drums).  Volume is worth repeated listening and utter and complete silence while doing so. It is that good. 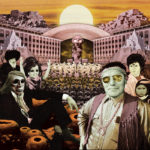 I have continued to listen to this album over and over again since I reviewed it. There is something significantly special about it. As with most of my list, this is another stoner rock band, but these guys have a psychedelic twist in some parts, philosophical metaphors, catchy riffs and lyrics, and all of this is self-produced. Band members; Denis Zonta (vocals), Geoff Zanetti (vocals), Dave Houle (guitar), Joel Bishop (bass), and Jamie Fry (drums) began their journey in 2003 hailing from Windsor, Ontario. The groove of this entire album is so gratifying, I don’t see an end to my endless listens, all the way through Solar Order. 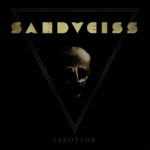 Sometimes you hear something, and it hits you so hard it automatically becomes incredibly memorable to you. That has been my experience with Saboteur and Sandveiss. You guessed it, this is a stoner rock back who arises from Quebec, Canada and consists of members; Luc Bourgeois (vocals/guitar), Shawn Rice (guitar), Maxime Moisan (bass), and Dominique Gaumond (drums). On the album is ex drummer Dzemal Trtak. These Canadian stoner rock bands……otherworldly. I experienced many emotions with Saboteur, some deep in the abyss of my musical soul. It is incredibly dynamic with many changes throughout that keeps you guessing and wanting more. 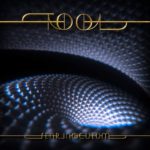 I did not review this album, and I know it came with much criticism, but as for me, I loved it. The arguments over the too long of tracks, to the “doesn’t sound enough like Tool” to the “sounds too much like Tool” just went in one ear and out the other. It is important to take the time to experience this album without an expectation or bias. The ten-minute tracks full of transcendence beautiful music and abstract and thoughtful lyrics. I completely became enthralled in the ever-changing compositions and complex writing. I have a difficult time understanding the hate, but that is precisely why music is subjective.

4. In Flames– I, The Mask (Eleven Seven/Nuclear Blast) 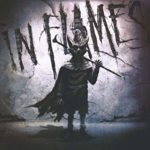 This band and album is near and dear to my heart for many personal reasons. To not be high on my list would be a dishonor to myself. While I will not go into the personal reasoning, I will say, this is one of the most genuine and thought-provoking albums. I have cascaded many tears with these songs and felt my soul as an understood vessel. While the lyrics can be taken in many different directions, for me, the message was very clear. Swedish metal mates: Björn Gelotte (lead guitar), Anders Fridén (vocals), Niclas Engelin (rhythm guitar), Bryce Paul (bass, backing vocals), and Tanner Wayne (drums), have been dominating parts of the metal community since 1990. They will forever be a powerhouse straight to my spirit. 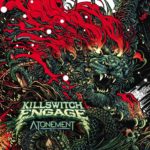 Just like the previous band on this list, Killswitch Engage is a gateway to the essence of how my mind operates. The positivity that pours out of these musicians, Jesse Leach leading with his mind-altering lyrics, makes this band a must have on anyone’s playlist. Atonement is just as you would expect, heavy, melodic, positive, and heartfelt with gut punches mixed in. There is something entirely pure about every member of this band. The energy they put out is soothing and a lightning spark to the inner being. These incredible musicians: Jesse Leach (vocals), Adam Dulkiewicz (guitar, production), Joel Stroetzel (guitar), Mike D’Antonio (bass), and Justin Foley (drums) started in 1999, and continue to pave the way to awareness and overcoming life obstacles. 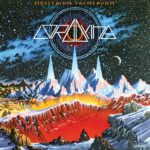 This album initially left me completely speechless. I simply could not get enough of it. There was a feeling of extreme sadness while listening, but I was oddly uplifted at the same time. I felt transported into a life journey that was incredibly complex. When I saw flawless with this album, I sincerely mean it, there is not a dissatisfactory song. Lord Dying comes out of Portland, Oregon and consist of band mates and longtime friends Erik Olson (guitar/vocals) and Chris Evans (guitar), who are the band’s core along with and added musicianship from Matt Price (bass), and Chase Manhattan (drums). It is a progressive sludge metal band, which should be enough to sell you on it. If you take the time to read any of my other reviews, please read the one on this album, it is worth the time.

1. Korn– The Nothing (Roadrunner/ Elektra) 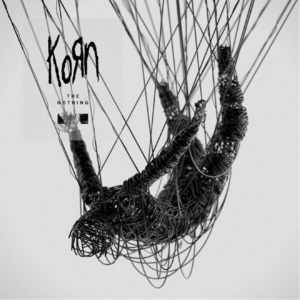 I was born in the 80’s, grew up on mostly 90’s metal, Korn was my cream of the crop. They were a huge part of my teenage angst and mind. If I could relate to anyone back then, it was Jonathan Davis. I was heartbroken when they changed their dynamics. While I understood the reasoning and respected it, I just couldn’t quite jump on board. When I heard the first song from The Nothing, “Cold”, oh be still be teenage beating heart, I almost wept. This album is an incredible mix of their old style, with a bit of new flair added in. It is a great full circle album to bring both fanbases together. While the lyrics behind this album are incredibly sad, you can feel Davis’s pain once again. You are brought right into his world, like he does so well when he is hurting. With Head back, the guitars were impeccable and a nostalgia to original Korn. Korn began its feat in Bakersfield, California in 1993. Founding members Jonathan Davis (lead vocals, bagpipes), James “Munky” Shaffer (rhythm guitar), Reginald “Fieldy” Arvizu (bass), Brian “Head” Welch (lead guitar, backing vocals), and David Silveria (drums), began a nu-metal adventure and quickly became the powerhouses of this genre. Ray Luzier replaced Silvera in 2007. It is their 13th album, but it is their second best in my opinion, closely followed by their first.

This list can be interchangeable, and believe me, I have done this many times before settling on the last draft. Every album on this list is just as dynamite as the next.