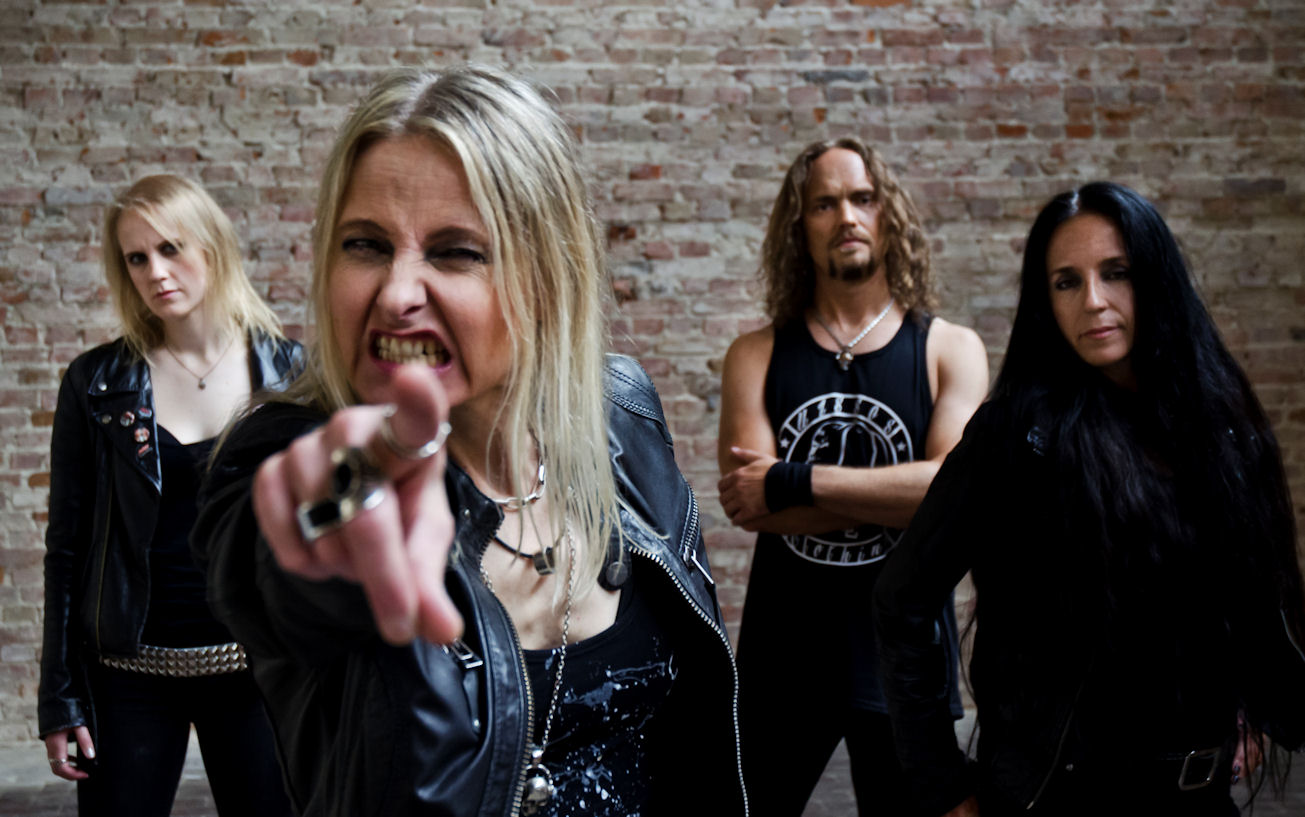 Three decades is a long time for a fan to wait for their favorite band’s debut album. It is perhaps even more torturous for the musicians that have to watch the band they created be torn apart on the cusp of a breakthrough and to sit dormant for a quarter century before finally getting to record their first record. That is the tragedy and triumph of Sweden’s Ice Age.

As I wrote in my recent review of the band’s debut album, Breaking the Ice, the Gothenburg-based quartet was founded as Rock Solid in 1985 by vocalist Sabrina Kihlstrand and guitarist Pia Nyström. The following year, as the unit’s sound shifted from power metal to a more progressive thrash style, the band changed its name to Ice Age and released its first demo. By the time the group released its second demo in 1986, Viktoria Larsson had joined the line-up on bass, which was rounded out by drummer Tina Strömberg. Poor management would plague the band for the next four years leading to the departure of Kihlstrand and Larsson in 1989, and ultimately to the break-up of Ice Age in 1990. In 2014, Sabrina and Viktoria reunited bringing in Manimal drummer André Holmqvist to backstop the band. After performing with Frantic Amber guitarist Mio Jäger for a year,  Linnéa Landstedt of Tyranex came on board to serve as lead guitarist. This week Metalholic connected with Kihlstrand to discuss the 30 year journey from Rock Solid to Breaking the Ice.

It has to be amazingly fulfilling to finally have your debut album released.

It’s a really great feeling to have it out finally. If someone had told me a few years ago that this would happen or that I would play music again at all, I wouldn’t have believed it. So this is really almost a surreal feeling to do this. Of course, I really missed music a lot during those years away from it, and I didn’t realize how much until I started to play again. So I’m on top of the world!”

For those who were not aware of Ice Age or the story behind the band, share with us what actually happened back in the late 80s that led to your departure and the band’s lengthy hiatus.

A lot of things happened [laughs]. The band came in contact with management and it didn’t work out well. At least it didn’t for me. I felt very unhappy and I felt kind of forced to leave the band. I offered to play the last tour which was already lined up for 20 gigs in the UK. In the middle of the tour everything went really crazy. It ended up, the manager threw me out from the tour bus and threatened to kill me if he ever saw me again. It was almost like a movie or something. It was very unreal. Nobody said anything. Everybody was just quiet. There was a scary feeling to it. So I was thrown off the bus and I made my way home to Gothenburg again. After that there hasn’t been much music for me at all. This was in the middle of ’89, so it’s a long time ago.”

That had to be an extraordinarily difficult and painful decision to walk away from your own band to begin with.

To be really honest, I thought the girls would somehow go my way because we were the best of friends doing everything together. It was like a little family. When I said that this isn’t working for me, I was hoping that they would understand and go my way, but unfortunately that didn’t happen. He was a very manipulative character. In some strange way he sort of convinced them that ‘we can do this without her.’ Which they did. They continued with other members in the band for six months or so when they broke up for good. But yes, it was very hurtful of course not to be able to stay in the band, because I could not work with the management or with him. In my opinion, he was very unprofessional and making bad decisions all the time. It was more like a game or just for fun to him. For  me, it was my life, my band.”

You can check out the full interview with Sabrina Kihlstrand below as she discusses songs from the debut album, the band’s newest members, and much more.