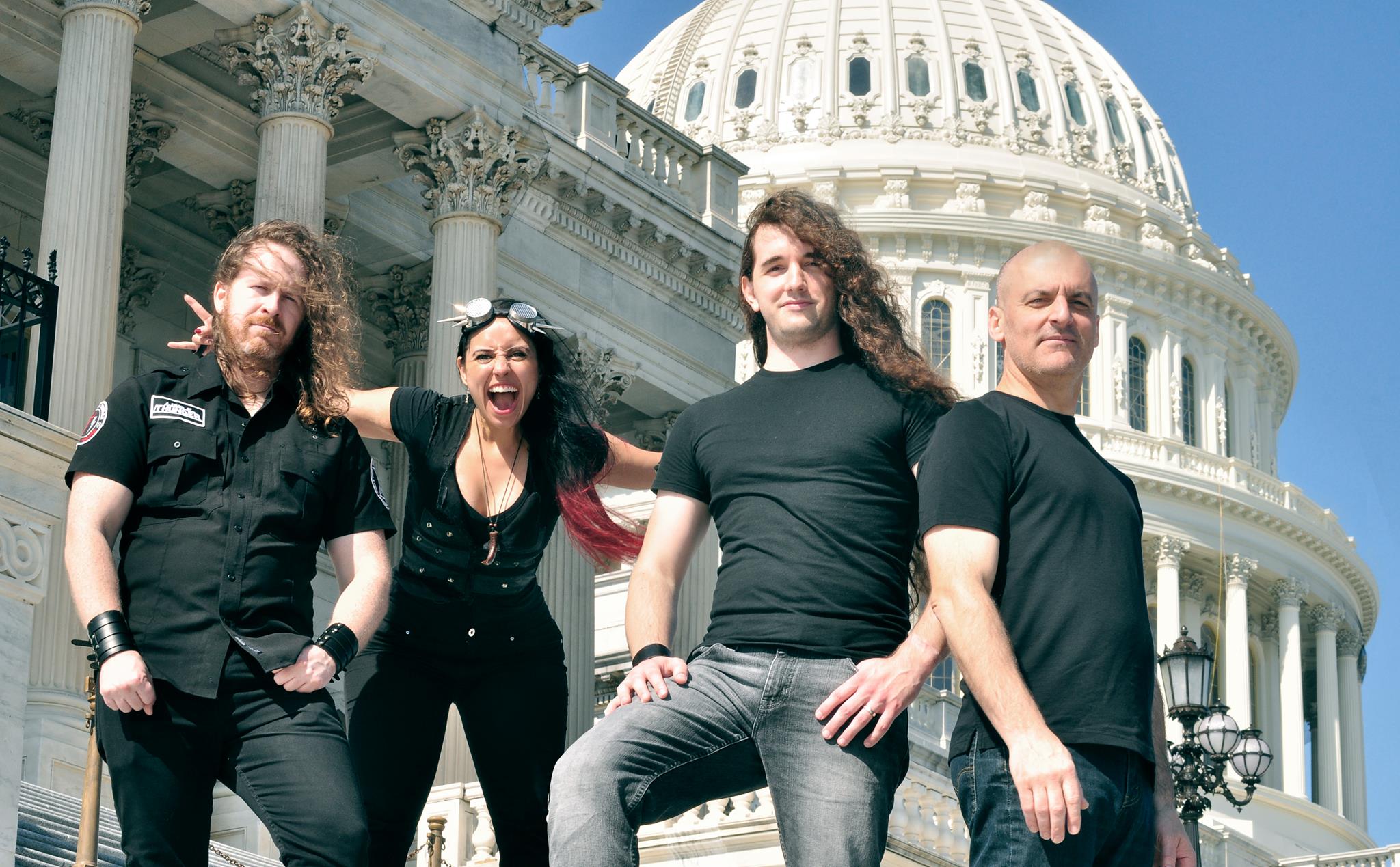 Anticipation for A Sound of Thunder’s next studio album, It Was Metal, has been soaring of late. The quartet’s Kickstarter campaign for the record is the band’s most successful to date, and there is still time for new fans to climb aboard. The album’s first single, “Els Segadors (The Reapers),” a metallized reimagining of the Catalonia National anthem, has placed the band squarely in the global spotlight. As a result, A Sound of Thunder will make its first touring foray to Europe next month. The band also recently announced that Accept vocalist Mark Tornillo will add his beastly growl to the new album joining on the duet, “Phantom Flight.”

If all of this were not enough to have metalheads chomping at the proverbial bit, A Sound of Thunder releases the first video today from It Was Metal for the vintage power track, “Lifebringer.” The song was originally scheduled to be the album’s first single before the civil unrest and quest for independence in Catalonia changed the script.

Sonically, “Lifebringer” is a classic power metal anthem with galloping rhythms, dynamic fretwork, and mammoth vocals. Schwartz even sneaks some theremin into the mix and the band adds some progressive elements as well.

The band remarks of the new single:

The video features original comic panels by Ben Templesmith taken from a story written by Rafer Roberts for our It Was Metal graphic novel!  The video features the song lyrics, not Rafer’s original script, so it doesn’t spoil the story. Legion of Thunder, join us on a quest to find the weapon forged beyond the stars! We proudly bring you the blade called…LIFEBRINGER!”

This might be one of the most power metal songs we’ve ever done and I couldn’t be prouder.”

This was a fun little riff that we came up with in rehearsal but it turned into a monster. It combines a lot of the elements that I love from straight ahead metal with some of my more outlandish interests like Hawkwind and sci-fi in general”

Join the Legion of Thunder by supporting the It Was Metal Kickstarter Campaign HERE.

Album Review: HÄLLAS – Excerpts from a Future Past