Album Review: HÄLLAS – Excerpts from a Future Past

Hällas – Excerpts from a Future Past

I recently came across an interview (link below) with an author named John Seabrook who wrote a book called The Song Machine: Inside the Hit Factory which offers a deconstruction of the song writing process behind much of what dominates the modern pop charts.  A great deal of these songs originate in so-called “hit factories” in Sweden, or at least that was the case at the time of the book’s release (2015), but I guess I wouldn’t be surprised if these nefarious tasks have since been delegated to some sinister A.I., leaving several poor bastards jobless along the way.  Anyhow, at one point in the interview Seabrook talks about how dissociated the process is, with the producer erecting only the most essential of structural bones (the hook) before sending it off to be meticulously overthought and built upon by other groups of highly specialized writers who hone in on very specific parts of the track—the bridge, for instance—while another group might work on the chorus.  For as cold and mechanical as he makes the whole process sound, I thought it was interesting that he likens the system to medieval times in that there is very little in the way of formal schooling and where the secrets inherent to the craft are passed along organically from master to apprentice.

I only came across the interview because I was looking for some insight into what makes Sweden such a vibrant setting for music—particularly stuff like stoner and death metal which is about as far away from “pop” as you can get—but I found it interesting that a country so proficient at dispensing diabolical radio fare could also produce the stunning array of niche material that it does and, furthermore, that this country with a population just south of 10 million is capable of doing so on such a disproportionate scale relative to the rest of the world.  It would be easy to paper over the whole subject with familiar clichés (“there’s something in the water” or “it’s cold so they have nothing else to do”), but I dug a little deeper, and basically what I learned is that while there are many factors at play, perhaps the most interesting notion is that the Swedish government plays a significant role in two very key ways.

First, Sweden’s official “cultural policy”—the basic principles of which were established in 1974 and revised in 2009 by the Swedish Arts Council—dictates a rich framework for the furtherance of (and access to) art and culture, including direct financial support to artists and performers, and a robust after-school music program which attracts a large percentage of the country’s youth population.  Secondly, and perhaps more importantly, Sweden has fully embraced the concept of the social safety net, including universal health care (AKA the “Nordic Model”), which makes pursuits of an artistic nature potentially less detrimental to one’s financial well-being than it would in a place like America.  I have no doubt it is an imperfect model but—at the risk of sounding like a hippy Socialist (and completely derailing this review…assuming it isn’t already too late)—I find it very interesting that the Swedish government plays the supposed role that it does, particularly when you consider that America seems to be perpetually teetering on the edge of self-inflicted implosion, largely over our inability to demonstrate even a modicum of societal altruism.

The latest Swedish export to hit my radar is a 5-piece band called Hällas who hail from the city of Jönköping, which lies a few hundred miles southeast of Stockholm on the shores of Lake Vättern.  Information on these guys is scant but according to the band’s Facebook page they formed in 2015 and, later that same year, released a self-titled EP on Sweden’s The Sign Records (wait…is that…an Ace of Base reference?).  I happened to come across said album this past summer and made a mental note to check out their full-length debut upon its arrival later in the year.  Glad I did. 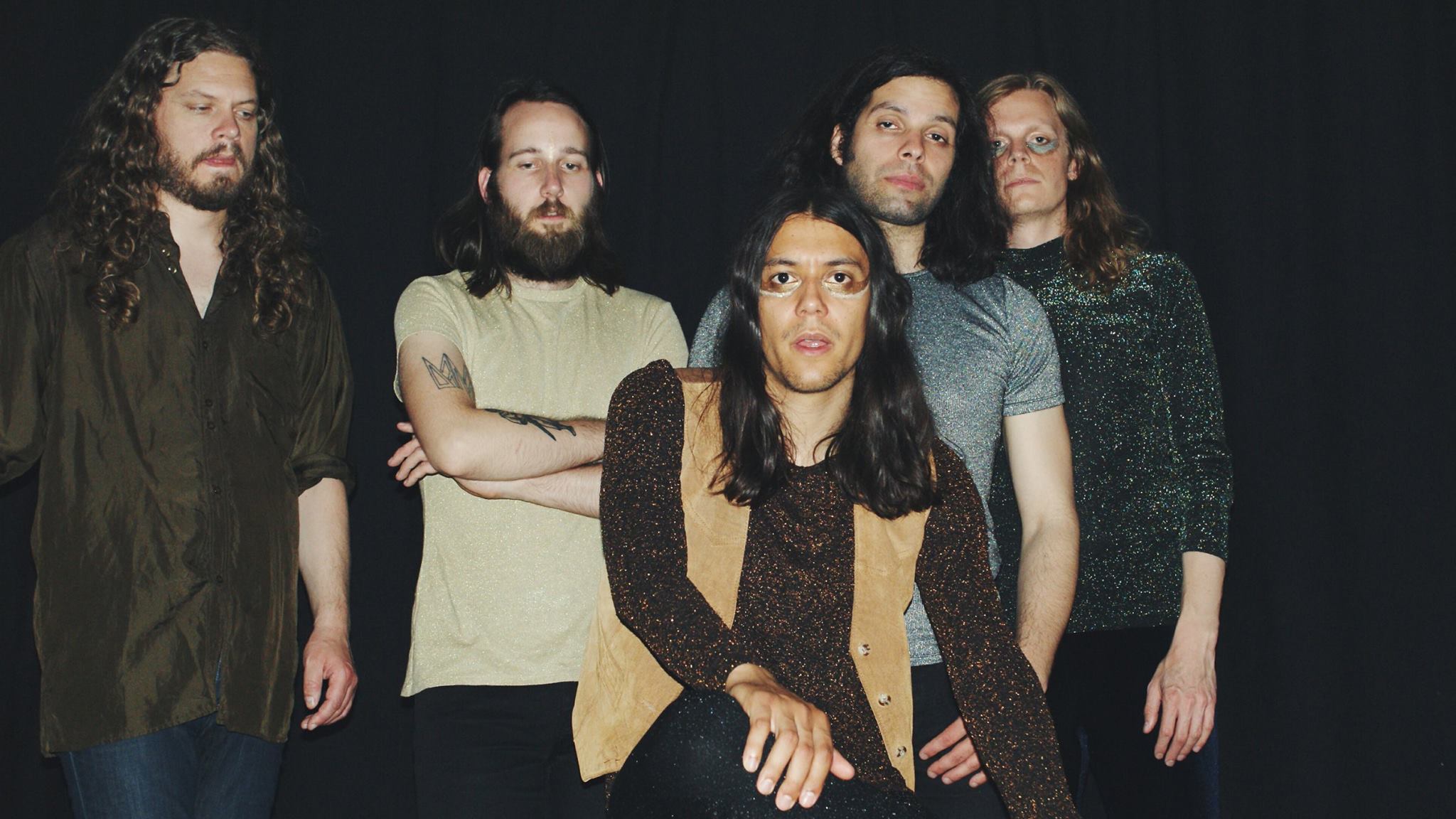 The cleanly picked guitar intro of the album’s opening track (“The Astral Seer”), punctuated with the chimes of an ancient bell, make it abundantly clear that Hällas’ sound is heavily steeped in the days of yore, so if the whole retro sound isn’t your thing, now is probably a good time to bail.  I happen to enjoy well executed retro (I prefer the term “classic” or “timeless”, but I digress), and Excerpts from a Future Past is just that.

The obvious backbone of Hällas’ sound is the twin guitar attack of Alexander Moraitis and Marcus Pettersson who dodge and weave around each other in delightful fashion as they construct the album’s overarching progressive rock vibe.  Their playing is nimble, clean, and largely devoid of wankery, and as a result, maintains a very upbeat and forward looking feel even with 5 of the album’s 7 tracks venturing past the 6 minute mark.  Keyboardist Nicklas Malmqvist (who also produced the album) brings another notable facet to Hallas’ sound as he accents the album with subtle highlights and the occasional lead (not to mention a solo or two!), but it’s vocalist/bassist Tommy Alexandersson who delivers the album’s most memorable performance.  His voice falls somewhere between the energetic and powerful baritenor of Roger Daltry and the sly, breathy delivery of Ian Anderson.  You are not likely to encounter a more unique vocal performance this year.

Lyrically…well, look, just take the red pill and don’t worry about it. I tried obtaining the actual lyrics, and came up empty, but what I’ve been able to discern from repeated listens represents a solid framework for an engaging narrative that weaves throughout, in keeping with the traditions of old school progressive rock.  In the absence of a proper lyric sheet, I think you’ll find that a lengthy gaze at the album’s fantastic cover art will give you a proper feel for what to expect as it seems to perfectly encapsulate the vibe within.

Excerpts from a Future Past is one of those records that should provide a foothold to just about anyone who enjoys quality rock and roll.  That is an incredibly benign statement, I realize, but it is also totally true in the case of Hällas due to their delightful take on a veritable cauldron of classic sounds.  As much as I enjoy the whole retro movement, I do worry that we’re going to reach the point of saturation here before long because contrivances such as these usually have a short shelf-life.  The thing about Hällas though, is that their sound feels much more like an overarching ethos than just a simple aesthetic overlay and, as a result, they feel as genuine as they do vital even though they clearly have one foot in the future past.

Surely you see what I did there.

Have a listen to lead single “Star Rider” below, and if you like what you hear, purchase this album without hesitation.

KORPIKLAANI check in from studio on new album