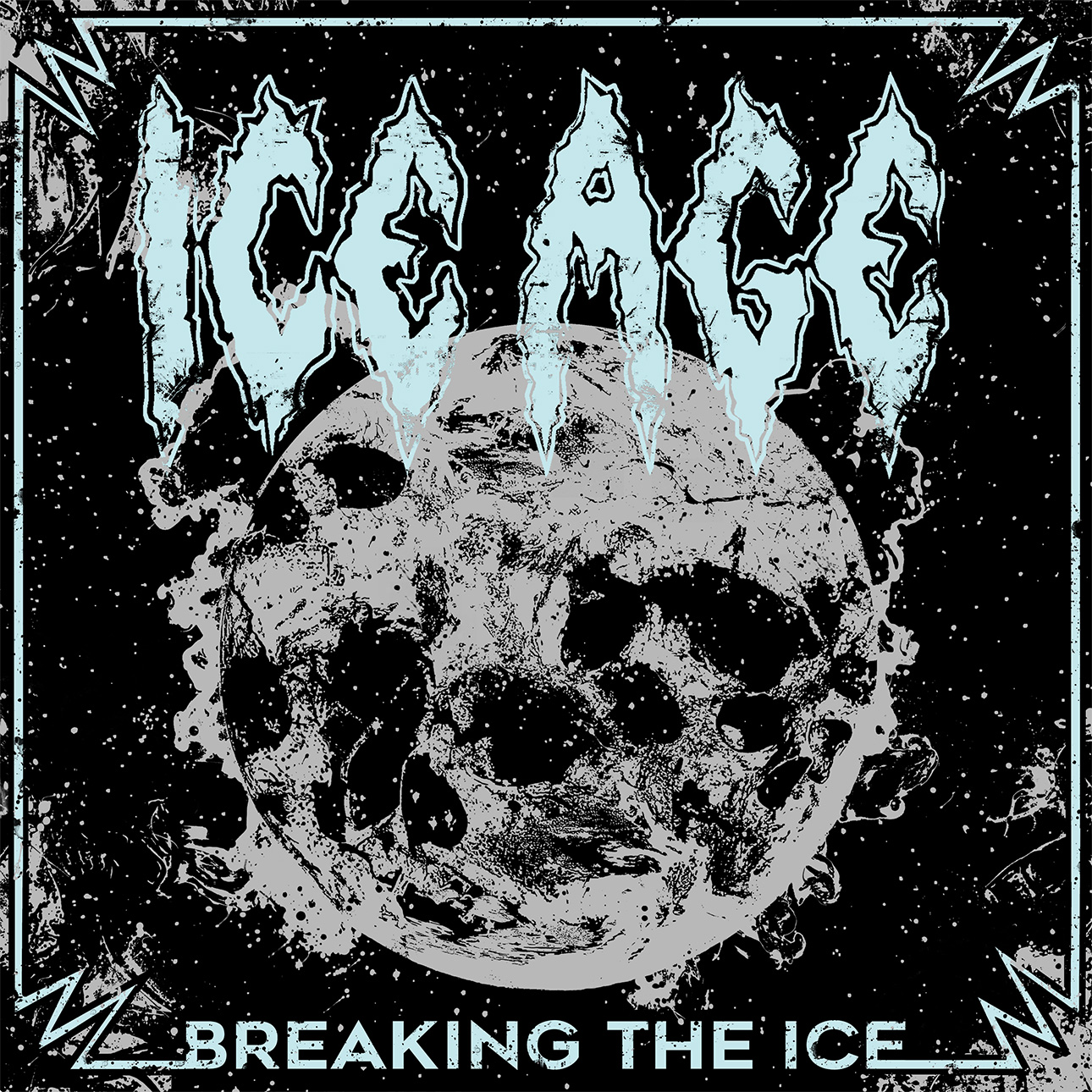 Fans of Sweden’s Ice Age have waited three decades for the band’s debut album, but those long-suffering faithful have finally been rewarded. The Gothenburg-based quartet was founded as Rock Solid in 1985 by vocalist Sabrina Kihlstrand and guitarist Pia Nyström. The following year, as the unit’s sound shifted from power metal to a more progressive thrash style, the band changed its name to Ice Age and released its first demo. By the time the group released its second demo in 1986, Viktoria Larsson had joined the line-up on bass, which was rounded out by drummer Tina Strömberg. Poor management would plague the band for the next four years leading to the departure of Kihlstrand and Larsson in 1989, and ultimately to the break-up of Ice Age in 1990. In 2014, Sabrina and Viktoria reunited bringing in Manimal drummer André Holmqvist to backstop the band. After performing with Frantic Amber guitarist Mio Jäger for a year,  Linnéa Landstedt of Tyranex came on board to serve as lead guitarist. Interestingly, Landstedt was actually born during the Ice Age demo years. With a balanced line-up of veteran members and newer members the band recorded its debut album, Breaking the Ice. Appropriately, the record features five vintage Ice Age tracks, and five new songs.

The album begins with, “Fleet Street,” taken from the band’s 1989 demo Instant Justice. It is immediately clear why the band had such a devout following in Europe and on the underground tape-trading scene of the era. Ice Age‘s style fits in perfectly with the likes of Metallica, Annihilator, and Megadeth. Kihlstrand’s gravelly vocal attack is immediately appealing and lends the track a perfect edginess. The song is propelled by galloping rhythms, crisp riffs, and some surprisingly progressive passages. There’s even a bit of a nod to the group’s early power metal days blended in.

The band picks up the pace on the venomous “Hell or Nothing,” a newer track which takes lyrical aim at the band’s cancerous former manager. The chugging thrasher highlights the stick work of Holmqvist, and the rumble of Larsson’s bass is well-placed in the mix. Another of the album’s new songs is the undeniably addictive rager, “Clever.” Kihlstrand invokes her inner Mustaine on this one and serves up one of the record’s most menacing and melodic efforts. There’s even a bit of a Slayer vibe going on here in places. If you’re not sold on Ice Age at this point there’s no hope for you.

Two more classic pit-worthy songs, “General Alert” and “Instant Justice,” get a modern revamp.  The latter track leans more toward the speed metal movement of the period, and was something of a minor hit for the band in 1989. It’s an exciting reminder that women could break out the brutality and thrash with the best of them even in the scene’s burgeoning years.

The album’s title track finds the band moving beyond its late 80s struggles with management and bad luck to kick everyone in the teeth as a reminder of their resilience and perseverance. The song may have the most hooky chorus and melodic passages on the album, but it is an absolute pounder. You can feel your neck muscles tighten as you prepare to launch headlong into the moshing fray while you listen.

The remainder of Breaking the Ice continues on in this vein, interspersing old songs and new side by side. The album’s final two tracks are the Larsson/Kihlstrand penned “No Need To Bleed,” and the vintage epic, “A Case of Cerebral Death.” The former highlights the band’s knack for balancing a retro feel with a modern groove, while the latter is a reminder of the band’s malevolent energy and gift for crafting beefy thrash anthems.

Kihlstrand’s dynamic melodies and vocal delivery serve both eras of the Ice Age, and a listen to the band’s original demos (which you can download free from their site) showcase how her vocal prowess has only improved over the decades. Landstedt’s solo work is minimal on the band’s debut, but where it surfaces it suits each track and her fretwork shines throughout. Larsson and Holmqvist are as solid a rhythmic battery as one could ask for, and the album’s production is top-notch.

One might have expected that the weighty expectations of an album 30 years in the making would not be able to withstand the burden to deliver, but Ice Age has surpassed our hopes and throat-punched the naysayers with an instant classic.