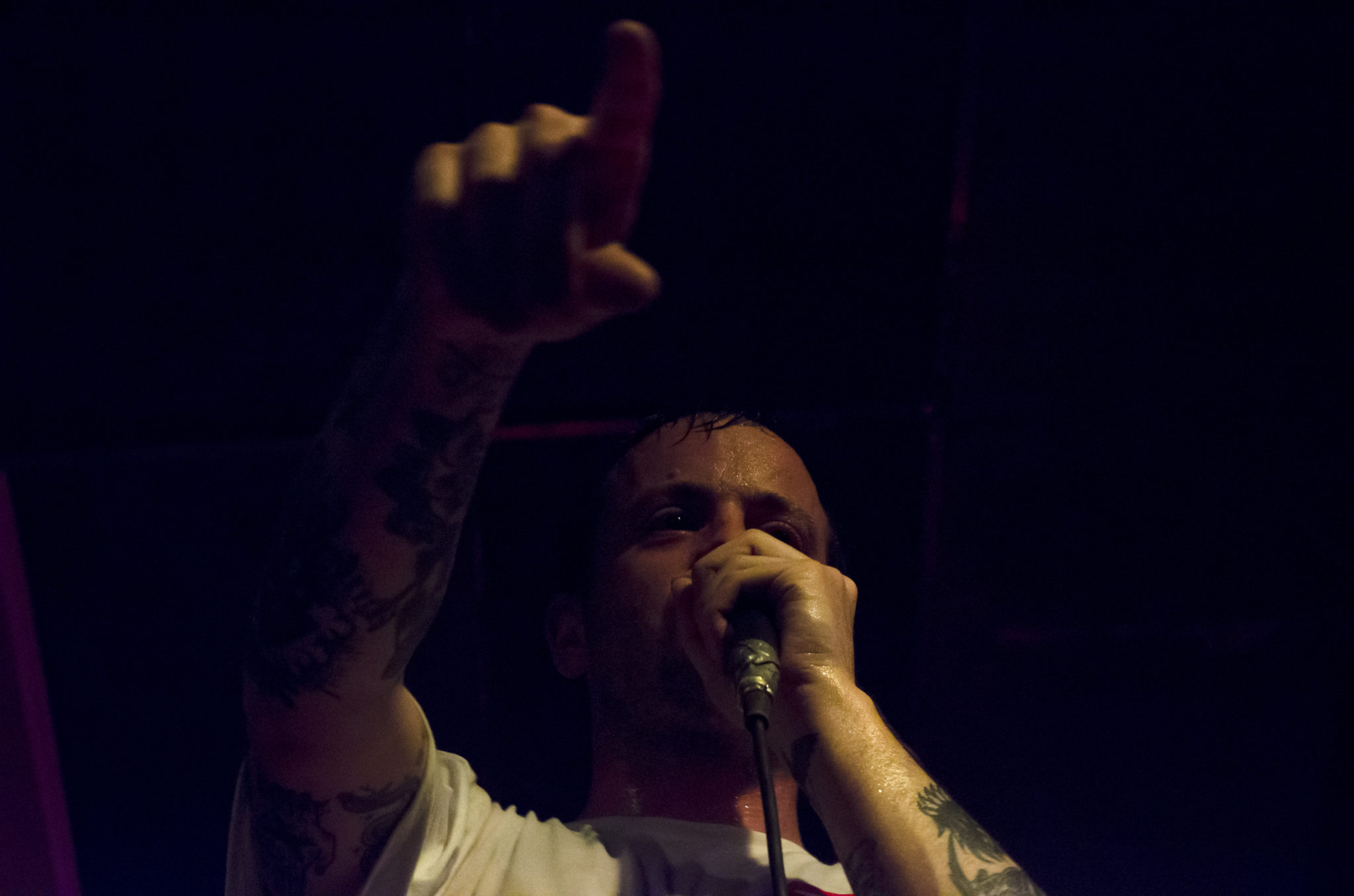 Canadian punk group Cancer Bats kicked off their Ten Years of Hail Destroyer on Friday night in Toronto. The first of two sold out, back-to-back shows at Lee’s Palace was a retrospective on the past ten years, as well as an introduction to the future.

It was announced early on Friday that the band’s sixth full length, The Spark That Moves, was dropping that day in a surprise release. Show attendees were the first to purchase physical copies, as well as the first crowd to ever hear “Gatekeeper,” the album’s first track, performed live.

“Hail Destroyer was the big turning point in our career,” frontman Liam Cormier told Metal Nation in a recent interview. “That was when we started getting bigger tours and doing all these things, but also we were on the cover on a lot of magazines, and that sort of stuff.”

Cancer Bats opened the show with three back-to-back tracks off their 2006 debut, Birthing the Giant, with “Shillelagh,” “French Immersion,” and “Pneumonia Hawk.” Then they broke into the setlist that brought uis all together for the night, performing Hail Destroyer in it’s entirely.  They also played a half-dozen other fan favorites from their other records, as well as a cover of The Beastie Boys, “Sabotage.” They delivered a sweat-drenched, hour-long set spanning 20 songs. Cormier continuously invited the crowd to look back at the past ten years, and expressed sincere appreciation for fans who came from Sudbury, Chicago, and Fredericton.

In true Canadian fashion, the crowd was rowdy but polite, and a number of show-goers could be heard to complain that they can no loner party the way they did when Hail Destroyer was new.

Joining the Bats were GTA doom outfit Olde, and Toronto straightedge group TotalxWar. Both bands were well-received by the crowd and helped to rile everyone up for the main event.

Cancer Bats, comprised of Cormier on vocals, guitarist Scott Middleton, drummer Mike Peters and bassist Jaye R. Schwarzer, will leave Toronto for European dates before returning to Canada’s west coast and finally wrapping things up with a performance at Pouzza Fest on May 19th. Tickets to select shows are still available.