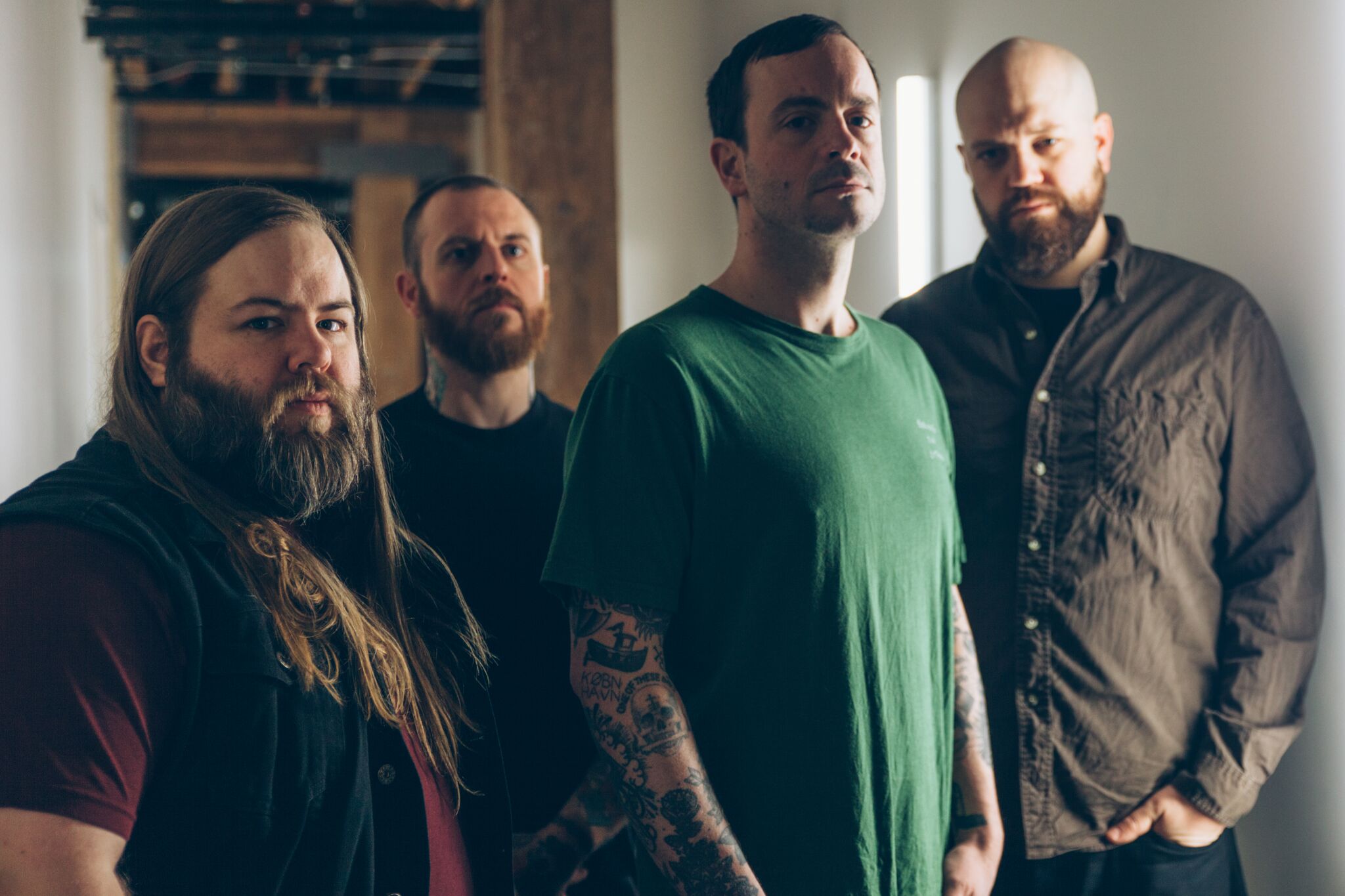 Multiple Juno-nominated, Canadian hardcore metal punks, Cancer Bats have just released their sixth studio album, The Spark That Moves, as a surprise worldwide. Choosing to forgo the traditional lead ups and teaser singles, Cancer Bats, with no forewarning, released The Spark That Moves in its entirety on all digital services at 12:01 this morning, with vinyl and CDs ready to ship out to fans the same day.

The album is now available through the band’s own record label Bat Skull Records in partnership with New Damage Records in Canada and the US. Purchase or stream the album HERE: http://radi.al/CancerBatsTSTM

“We were just tired of waiting,” said front man Liam Joseph Cormier. “We spent all of 2017 working hard on this album, all while playing shows and talking with our fans, who were constantly asking ‘when can we hear new music!?’. We figured why make anyone wait any longer, let’s just drop the entire new album all at once,” Cormier enthused. “I know as a fan, I just want to hear everything right away, let me buy the record right now! We figured, why not release our own music the way we want.”

On top of releasing all 11 tracks off of their new record, Cancer Bats decided to pull “a bit of a Beyonce” and have dropped a music video for every song on the album. The videos are premiering now via a variety of media outlets worldwide. Check out each of the videos created below.

The Spark That Moves follows the bands critically successful album Searching for Zero (2015), which landed Cancer Bats their fourth Juno Award nomination for Metal/Hard Music Album. Recorded in Winnipeg, MB, under the watchful eyes and ears of JP Peters (Propagandhi) at his studio Private Ear and mixed by long-time collaborator and award-winning producer Eric Ratz, (producer of Hail Destroyer, Bears Mayors Scraps & Bones and Dead Set On Living), The Spark That Moves is Cancer Bats at its finest. Combining all of the elements from their last 5 releases, the 11 tracks that make up the album blend together the bands most melodic moments with their most aggressive, becoming a savage sprint of hardcore, punk, sludge, and metal that leaves the listener craving more. Drummer Mike Peters and lead bass player Jaye Schwarzer seamlessly collide together like two wild beasts, while guitarist Scott Middleton blasts his signature layers of squeals and destruction over top. All of this thunderously led by singer Liam Cormier’s now fully formed melodic growl as he fires both positive, inspiring lyrics and scorching damnation as displayed on album opener “Gate Keeper”. Without skipping a beat, they fire on track 2, “Brightest Days”, shifting back to a classic Bats positive party anthem. The record seamlessly keeps this pace of raw, catchy, anthemic, metal and punk. Halfway through it breathes with the melodic standout “Bed Of Nails”, a touch of desert rock they add into the mix before diving back into the chaos that is “Head Wound”. This pace continues right until the crushing album closer “Winterpeg”, an ode to the very city they recorded in, featuring guest vocals from Chris Hannah of the legendary Winnipeg punk band, Propagandhi.

Cancer Bats are currently on tour celebrating the 10th anniversary of their acclaimed sophomore album Hail Destroyer. The band will play two sold-out shows in Toronto this weekend at Lee’s Palace before heading to the UK to play four back-to-back shows at the Underworld in London. Cancer Bats will return to Canada to continue the 10 Years of Hail Destroyer! Tour in Alberta in May. For a complete list of shows, please see below. 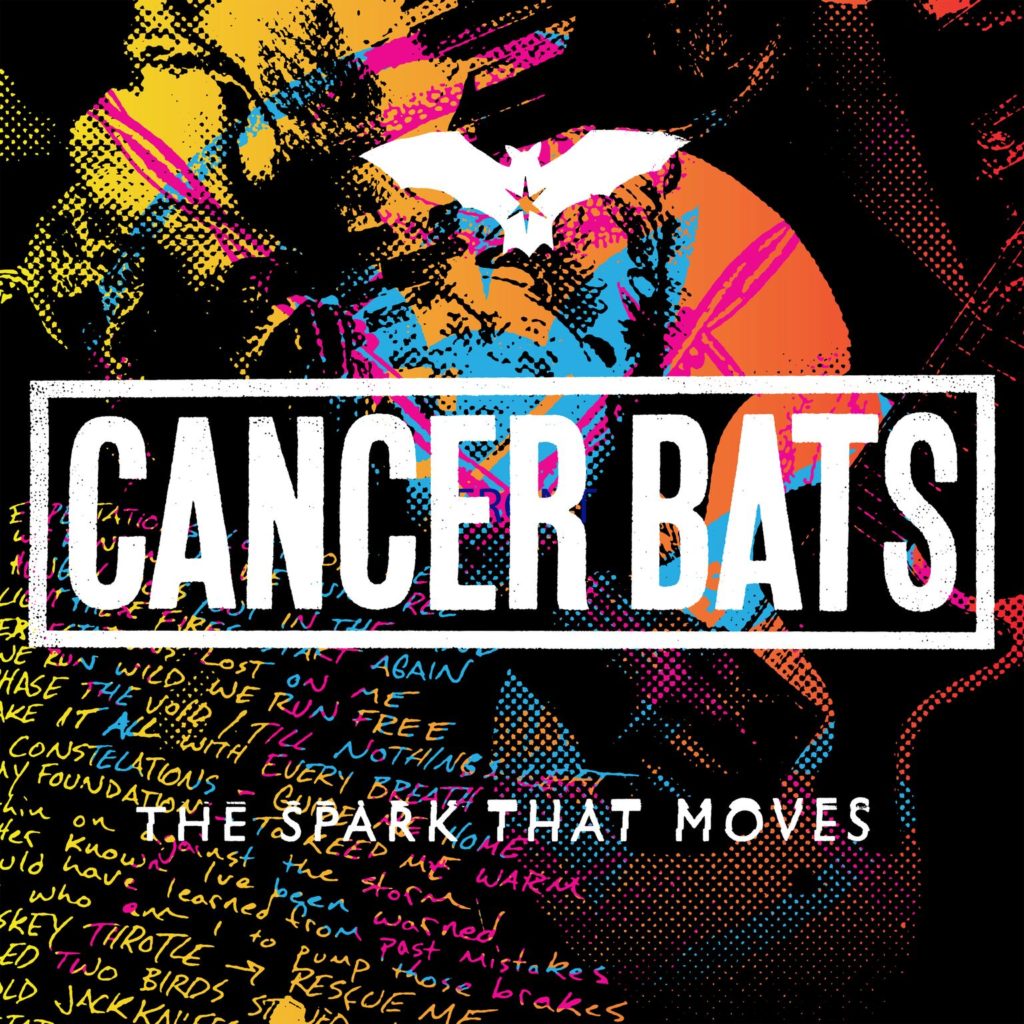