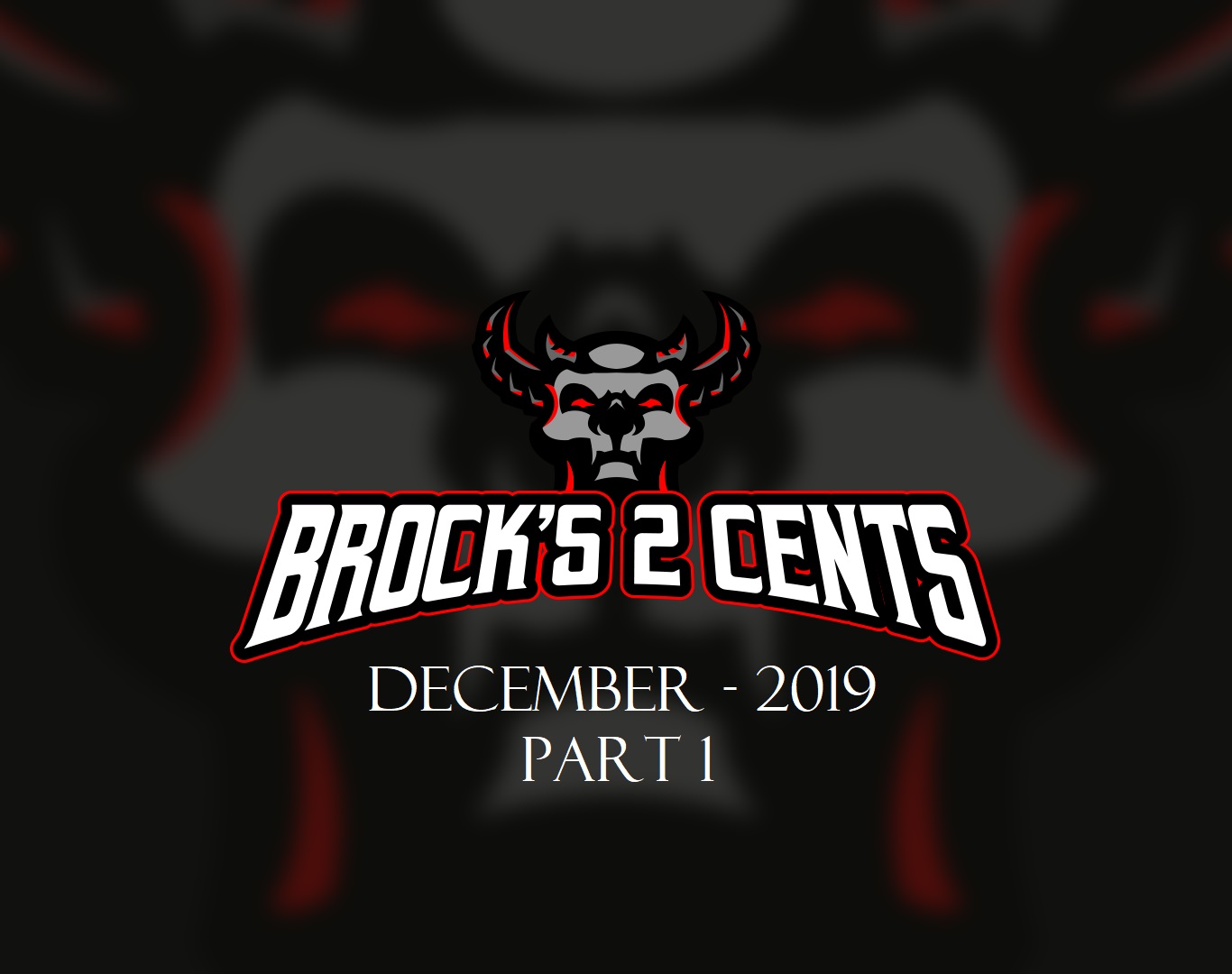 This year is ending quickly and I got a stack of albums to get through before the New Years so here’s my review of recently released albums that I think you should know about. Forget about these in depth reviews, I’m bringing you quick reviews on multiple releases to help you guide your way through the METAL world today!
BASICALLY THIS IS JUST MY OPINION, LIKE IT OR NOT…
Rating: [0 (sucks) to 5 (awesome)]
{Format: Band – album title = rating |label |genre of metal. review} 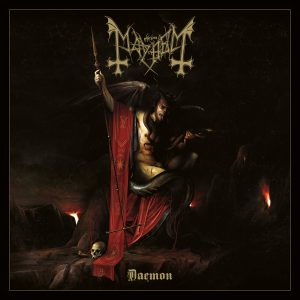 MAYHEM – Daemon = 4/5 |Century Media |black metal
Ok, we can all agree that Deathcrush & De Mysteriis Dom Sathanas were cult and killer releases, I really like Grand Declaration of War and Chimera but nothing since. This album has returned to what I like in Mayhem, basically this sounds like De Mysteriis Dom Sathanas mixed with Grand Declaration of War and a touch of something new. Every Mayhem fan should check this out and all will have their opinion but mostly everyone will like this album! Mayhem has yet again displayed why they’re one of the best in the genre! 12 tracks (limited edition version), 4 are killer and 6 are good!
ffo: Bathory, Darkthrone, Hellhammer, Emperor, Gorgoroth, Marduk 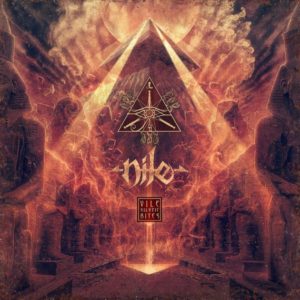 NILE – Vile Nilotic Rites = 3/5 |Nuclear Blast |brutal/technical death metal
The last album What Should Not Be Unearthed was a killer, so my expectations were high and this album is just… good. This is the first album without Dallas Toler-Wade and I’ve notice that there is a lack of headbanging groove riffs on this release but it’s a lot faster and a bit more technical. A few of these tracks seem to go in one ear and out the other but overall, Nile brings another strong release that fans will enjoy, but it’s not one of my favorites from them! 11 tracks, 4 are killer and 5 are ok!
ffo: Morbid Angel, Origin, Hate Eternal, Hour of Penance, Lykathea Aflame 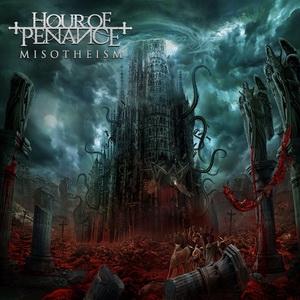 HOUR OF PENANCE – Misotheism = 2.5/5 |Agonia |brutal death metal
8th album in and Hour of Penance has delivered another solid release! I was luckily enough to discover this band when I DJed college metal radio with their 2nd album and have enjoyed their evolution from standard DM into blasting technical DM! Their last album Cast The First Stone was boring to me and this album is a lot better, but I was expecting more with this release. I’ll pull this album back out in a month or so and give some more spins, maybe it’ll grow on me a little more. 10 tracks, 3 are killer and 4 are ok.
ffo: Origin, Nile, Hideous Divinity, Hate Eternal, Spawn of Possession 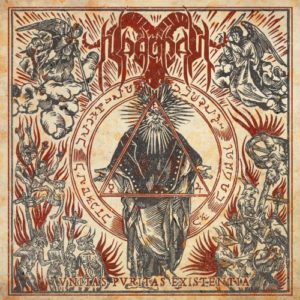 NEGATOR – Vnitas Pvritas Existentia = 4.25/5 |Massacre |black metal
With their 5th album Negator delivers their best yet! This is a culmination of everything they’ve done into a masterpiece of black metal. They continue with their brand of blasting BM with a touch of melodic and doomy vibes to this well written album. This is proof that BM is still strong and releasing albums that can shine in the genre! This is in my top albums of 2019! 10 tracks, 5 are killer and 4 are good!
ffo: Dark Funeral, Marduk, Endstille, Behemoth, Hate 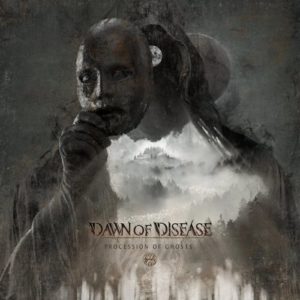 DAWN OF DISEASE – Procession of Ghosts = 4/5 |Napalm |melodic death metal
Releasing their 5th album in 8 years, D.O.D. has been busy bringing their brand of melodic DM to the masses! This German band is getting better with each release! D.O.D. plays melodic DM but still keeps the aggression that you’d hear in regular DM. Procession of Ghosts is their best album yet and forcing themselves to the top of the melodic DM genre! 10 tracks, 5 are killer and 4 are good!
ffo: Hypocrisy, Insomnium, Wolfheart, Evocation, Deserted Fear

DESPISED ICON – Purgatory 2.5/5 |Nuclear Blast |deathcore
I was DJing college metal radio when the metalcore & deathcore trend started and I’ve heard way too much of both! The only thing I took out of all that was 2 deathcore bands I liked, one is Beneath the Massacre and the other is Despised Icon. Both these bands are very talented and are among the top echelon of the deathcore genre. First thing I noticed this new album has a faster pace but yet still delivers the norm genre breakdowns. Purgatory starts off with four tracks outta the first 6 are f’n incredible and then the album just kinda has an average vibe till the end. D.I. fans will enjoy this album! 11 tracks, 4 are killer and 3 are ok.
ffo: Ion Dissonance, Beneath the Massacre, The Red Chord, Ingested 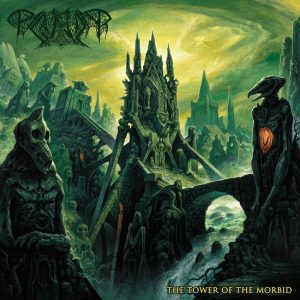 PAGANIZER – The Tower of the Morbid = 3.5/5 |Transcending Obscurity |death metal
With their 11th album Paganizer continues to deliver solid album after solid album. The last album Land of Weeping Souls was killer and this one matches up! Paganizer is a great example of DM with a touch of old school and well written songs! Hats off to Rogga Johansson whose literally in 15+ active bands to be able to create a solid album like this! The album starts off killer, hits a dull point in the middle but ends off strong! Land of Weeping Souls and The Tower of the Morbid are the best material to come from Paganizer! Twenty years in Paganizer is presenting why they are a force to be reckoning with! 11 tracks, 4 are killer and 6 are good!
ffo: Obituary, Grave, Ribspreader, Revolting, Vomitory, Centinex 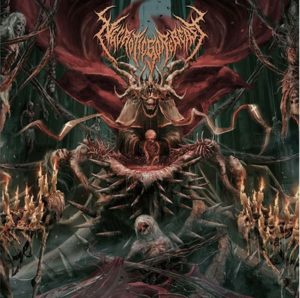 NECROTICGOREBEAST – Self-Titled = 3.5/5 |Comatose |brutal death metal
Debut release from this Canadian band and this is some top notch brutal DM with some slams! Unleashing an assault on the senses with technical riffs that seamlessly transform into brutal slams this band is setting the bar for the genre! The more I listen to this the more I’m loving it! If you dig brutal DM, this is a must! 10 tracks, 4 are killer and 3 are good!
ffo: Gorgasm, Kraanium, Analepsy, Defeated Sanity, Cryptopsy 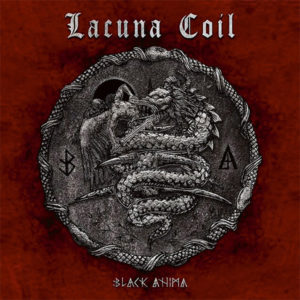 LACUNA COIL – Black Anima = 3/5 |Century Media |gothic metal
Whenever I’m hung over or want to listen to something really lighter/mellow I usually pull out a few female fronted bands. Lacuna Coil is one of them but I gave up on them after the Comalies album. Recently a lot of people been hyping up this new album as their best yet, and… it’s surprisingly good! This album is very heavy compared to their recent albums with riffs similar to Meshuggah/Gojira and moments even matching symphonic DM! Glad Lacuna Coil is back to writing good songs similar to their earlier albums. 14 tracks (deluxe edition), 5 are killer and 6 are good!
ffo: The Gathering, Darkwell, Aghora, Delain, Gojira, Meshuggah 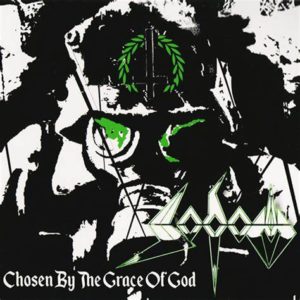 SODOM – Chosen By the Grace of God = 2/5 |Steamhammer |thrash
In the middle of 2018 Tom Angelripper fired the whole band and released an EP Partisan which was damn good. Now about a year later comes a new EP with another EP to be released very soon too. This EP has that average thrash vibe that you would come to expect. I wanted more from this compared to the Partisan EP, but overall it’s ok. 5 tracks, a live & a cover song, 1 good and 2 are ok.
ffo: Destruction, Kreator, Venom, Tankard 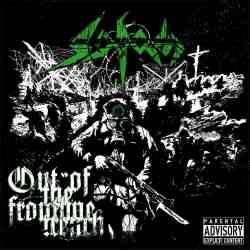 SODOM – Out of the Frontline Trench = 3/5 |Steamhammer |thrash
This being the second EP released a month after Chosen by the Grace of God,  definitely brings what I want to hear from Sodom! This is top quality that makes you want to head-bang and thrash around in the pit! Since Angelripper reformed the band last year, they’ve dropped 2 very good EPs and 1 that was ok, so I’m looking forward to when a full length is delivered!
5 Tracks, 1 live & 1 re-recorded, 3 are killer and 1 ok.
ffo: Destruction, Kreator, Venom, Tankard 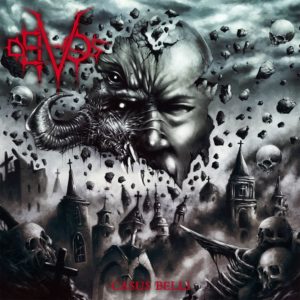 DEIVOS – Casus Belli = 1.5/5 |SelfmMadeGod |Death Metal
Been a fan of this band since they’ve started and enjoyed almost every release. Like their 4th album Theodicy, this new album (their 6th) Casus Belli is mostly boring. There is a very strong newer Morbid Angel vibe on this and most of the tracks seem to blend into one another. Their last album Endemic Divine was very good and this release is a let down. 8 tracks, 2 are good and 4 are ok.
ffo: Morbid Angel, Trauma, Lost Soul, Yattering, Decapitated 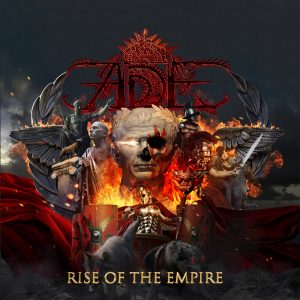 ADE – Rise of the Empire = 2/5 |Extreme Metal |death metal
ADE is a concept band about ancient Rome & the Roman Empire. Fabivs, the only original member, has a whole new band behind him for this 4th album and there is a noticeable difference in sound. Previous releases were a bit more brutal tech DM integrated with traditional Roman instruments and Egyptian-ish orchestral elements. This new album has a bombardment of those elements and kinda takes away from the music. Also the music is less Brutal-tech and more average DM. The Nile comparison is very heavy on this album and this could easily be a soundtrack for a movie like Gladiator or Alexander. I prefer their 2nd & 3rd albums. 11 tracks, 3 are killer and 4 are good.
ffo: Nile, Ex Deo, Hollenthon, Hour of Penance, Imperium 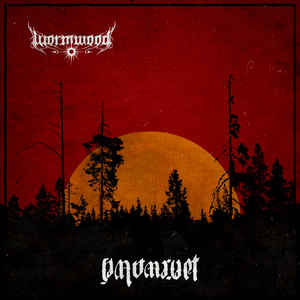 WORMWOOD – Nattarvet = 1.5/5 |Black Lodge |melodic black metal
This Swedish BM band has a strong pagan/viking/folk vibe to them. Basically this is the typical pagan/folk melodic BM you’d expect from Europe with the addition of 2 guitarists are very talented and add some well written solos within this album. Most of these songs are kinda laid back and not that intense as what I want from BM. This is not a bad album, I’d rather just listen to other bands in the genre. 7 tracks, 2 are good and 2 ok.
ffo: Thyrfing, Windir, Manegarm, Falkenbach 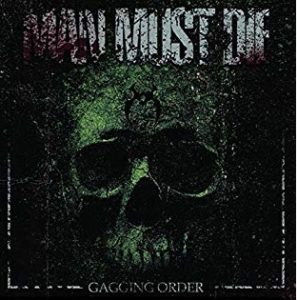 MAN MUST DIE – Gagging Order = 2.5/5 |Grindscene |death metal
6 years after their last album, Man Must Die drops their new EP and it starts off totally unexpected! The band first 3 albums were solid death metal with a touch of technical, their last album I was not a big fan as the sound sort of shifted a bit; this EP opens with a technical melodic DM song that’s very good ala Soilwork or Denotation! Then the second track is more reminiscent of their earlier work with straight blasting DM with some groove. Overall, this is a good turn around from the last album. 6 tracks with 2 cover songs, 2 songs are killer and 1 is ok.
ffo: Denotation, Decapitated, Dyscarnate, Revocation 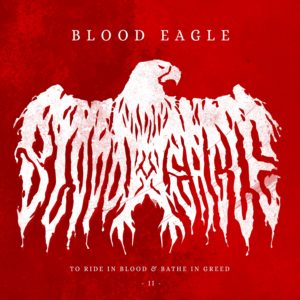 BLOOD EAGLE – To Ride In Blood & Bathe In Greed II = 2.5/5 |Nuclear Blast |death/groove metal
The 2nd EP release (out of a trilogy) from this Denmark band featuring members from Hatesphere, Illdisposed, Volbeat and Artillery . Blood Eagle brings a groove mixed with OSDM sound with their recent Nuclear Blast contract signing. OSDM heads should give this a listen. This EP is promising and definitely has me ready for more from this band. 4 tracks, 2 are damn good and 1 is ok.
ffo: Illdisposed, Konkhra, Bolt Thrower, Impious 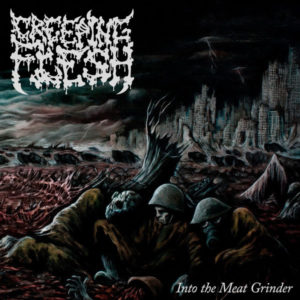 CREEPING FLESH – Into The Meat Grinder = 1.5/5 |Unsigned |death metal
Another new comer to the OSDM trend, forming in 2013 and now releasing their debut, Into the Meat Grinder is a slower/mid-paced album reminding me of the start of DM in the late 80s/early 90s. There is a touch of melodic riffing that you’d expect from a European band especially one from Gothenburg Sweden! Overall this album is kinda blah, nothing new or a different personal twist brought to the OSDM genre. 10 tracks, 2 are good and 4 are ok.
ffo: Obituary, Unleashed, Entombed AD, Memorium 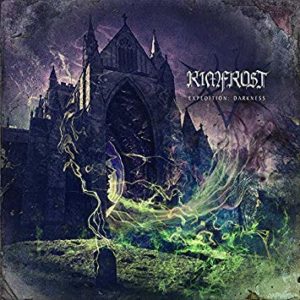 RIMFROST – Expedition-Darkness = 0/5 |Ferocious |black metal
What do you get when you mix black metal and cheesy heavy metal? This, and it’s not black’n’roll either. Not sure what happened to Rimfrost because their first 2 albums were good, yet a strong Immortal vibe, then the last one had a few songs that kinda sounded like they were written for corporate radio, but this album took a hard left in a direction I don’t like. Is this a last ditch effort to gain popularity? Is this a new genre: party black metal ala party thrash? This album does nothing for me.
ffo: Immortal, Steel Panther, [newer] Children of Bodom