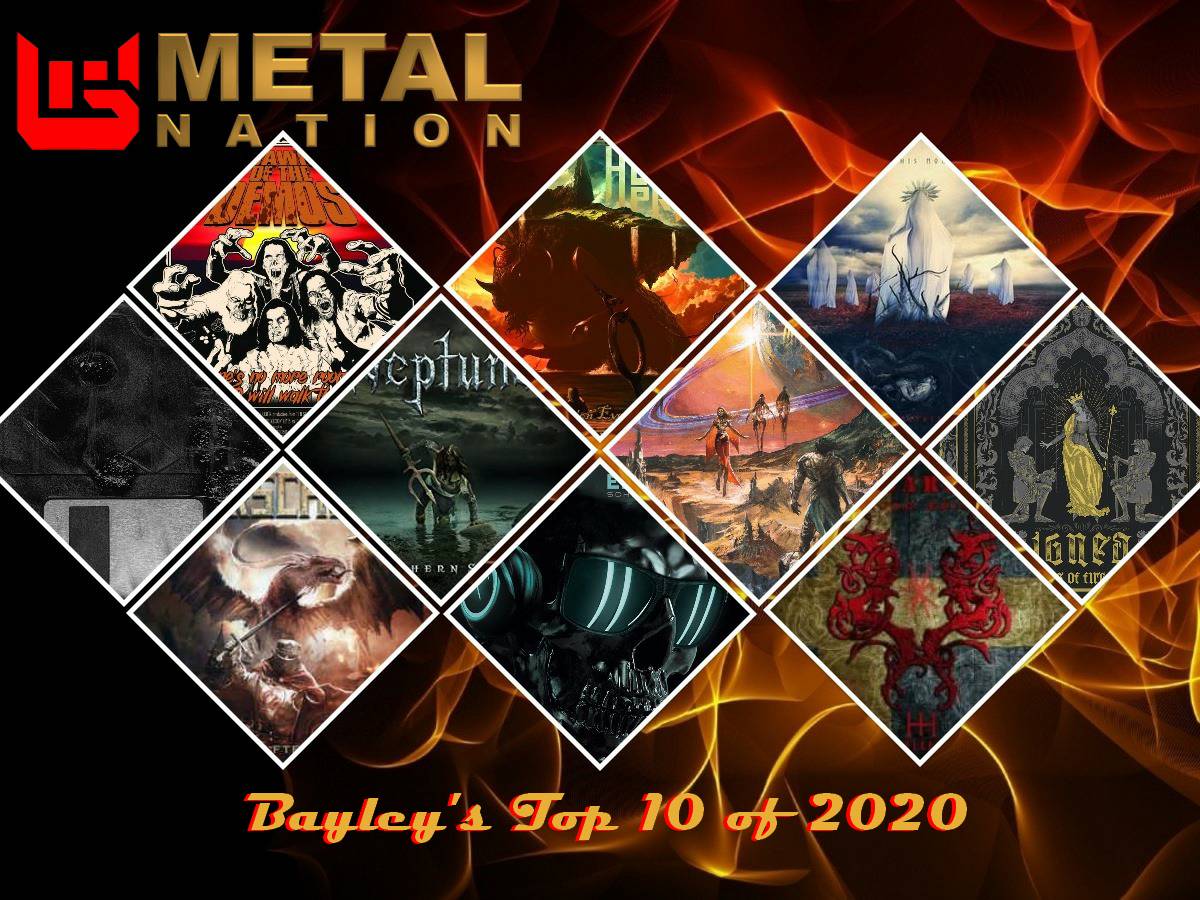 By now you’ve read two dozen intro paragraphs about how bad a year 2020 was. Well, bad news, this is another one of those. You’ve also read them talk about how heavy metal was a shining ray of light cutting through the dark. Well, good/bad news, this isn’t another one of those. True to 2020 form, some of my most anticipated albums of the year turned out to be a right load of toilet. Hidden and in short supply among the pyrite, however, was some of the real deal. With the endeavour to quarry the more obscure reaches of the metal mines in search of high decibel riches and a desire to stretch this metaphor out as long as possible, you’d be guerdoned with these glittering goodies. These albums are not good just be comparison to poor ones. Such is the value of these golden nuggets that even in a year as barren as this, you’d have more than enough musical wealth to satisfy even the most demanding of tastes. Here are the most precious metals of the year. bayley bayley

10. In This Moment – Mother (Roadrunner) 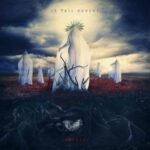 Where predecessor Ritual was a collection of great songs, Mother is definitely ‘more than the sum of its parts’. And while Ritual still hung together wonderfully, each song could be fully enjoyed in isolation. Of course Mother has its own belters like “Hunting Grounds,” “The In-Between,”  “As Above, So Below,” and the tremendous novelty of “We Will Rock You,” featuring three of rock’s finest vocalists, but it’s on a full listen that Mother really comes alive. Sonically it’s like visiting the album cover’s world, an eerie, alien landscape, captivating but pregnant with tension. We’re immediately drawn to the apparently individual spectres, but closer inspection reveals them to be integral parts of their realm and thus each other, and feeding it all lies buried something sinister.

Standout track: As Above, So Below 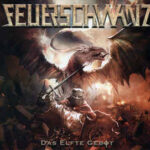 If any song was the most addictive of 2020, it was German medieval metallers Feuerschwanz’s cover of their fellow countrymen Seeed’s dancehall hit “Ding” featuring Melissa Bonny. It was so drugs that if the rest of the album had been guff it might still be on this list for that profoundly infectious, mad song alone. Das Elfte Gebot’s second disc features other medieval-metal-ified killer covers like “Amen & Attack” and “Hier Kommt Alex,” but that’s not to discount the ‘main’ disc of original compositions. Stirring, sweeping and served with a smile, “Kampfzwerg” and “Metfest” are instantly catchy, while “Im Bauch des Wals” and “Malleus Maleficarum” have such a strong singalong quality it makes me want to learn German just so I can do so. 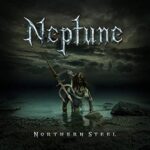 Sometimes you just want to hear some middle-aged blokes play some heavy metal, y’know? Don’t give me your wiggly-waggly three-minute every-trick-in-the-book solos that you’d have to be a guitar expert yourself to even appreciate. Don’t give me syncopated whatsits and metaphorical lyrics about despairing ennui. I want power chords, viking lyrics, songs you feel like you know inside out before you’ve heard them, I want it to sound comfortingly fuzzy and I want it played by middle-aged blokes. So heartfelt thanks to Neptune for Northern Steel. I mean, they’ve even got the title right, haven’t they? Essentially, Neptune are the band I had been wishing Magnum was. This is extremely solid and extremely reliable and god damn if I didn’t need that in 2020. 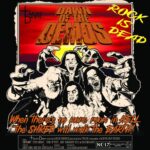 Comfort was something in growing demand this year, so it was frankly a relief when Taking Dawn released Dawn of the Demos. Back with their first major release in a decade, Dawn of the Demos is curiously named as there’s an album’s worth of new material before it gets to the titular demos. The sunny, fun, fast and dangerous attitude of their Las Vegas home seeps into those eleven tracks, making for a reassuringly old-school experience that you know you’re going to like from the get go. It’s not just comfort food however, with glittering songwriting, musicianship and vocals creating highlights like “Star Destroyer,” “S.O.S.” and “Break” that approach the same thrill of listening to Appetite for Destruction for the first time. bayley bayley bayley bayley 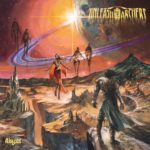 Epic. Melodic. Powerful. Varied. Synthy. Unleash the Archers made a rod for their own back by having the temerity to release something as flawless as Apex. Abyss doesn’t quite attain that altitude, but that’s like saying someone ‘only’ won an Olympic silver. Pulling a Gloryhammer and taking their fantasy epic into outer space, UtA musically lean into the narrative, making synths a vital part of every song. The gamble pays off and while lacking it’s predecessor’s claymore wallop, it delivers a sweeping laserscape of escapism and more nuanced, stargazing songwriting. “Faster Than Light” still hits like a Land Raider though. bayley bayley bayley bayley

5. Ignea – The Realms of Fire and Death (Independent) 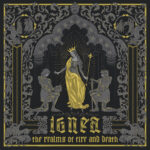 Ignea are the most criminally underheard band. That’s it. No, ‘fronted by a woman,’ no ‘in the genre’, no qualifiers, no caveats. The Realms of Fire and Death is an enthralling combination of Arabic, death, folk and synthphonic, telling three multi-song stories over each third. Synths replace previous orchestrals, though with the same powerful effect and kept refreshingly mean and moody by Evgeny Zhytnyuk. Singer Helle Bogdanova still swings between clean and death vocals with impressive ease but this album’s more varied songs allow her to experiment further. From the laid back vocals on “What For” to the percussive half-breathing on cover “Í Tokuni, Bogdanova” continues to be metal’s best secret weapon. This album is an adventure. 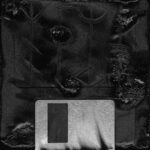 Metal’s maturation allowed us to realise there’s little more pitiable and tedious than gatekeeping ‘trve kvult’ wanks still having tantrums over Poppy and Babymetal. Floppy Disk Overdrive is entirely synthesized, but you’d be hard-pressed to find a gatekeeper mouth-frothing enough to deny it’s a very metal album. All instrumentals, Floppy Disk Overdrive is gripping from are-they-or-aren’t-they-guitars opener “ANSI.SYS” and never lets go. Unrestrained by influence or preconceptions, songs take inspiration from classical and video game music as much as metal, sounding like both the future and your fondest memories of Another World. Take a chance on Floppy Disk Overdrive; you’ll be rewarded with speed metal monsters like “CHKDSK.EXE” and eight-plus minute multi-layered epics like “RAMDRIVE.SYS.” Good luck remembering which songs are named what though. 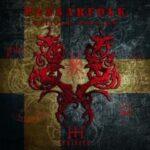 Pansarfolk does exactly what it says on the tin: “armoured folk.” Though if you mistook the title as ‘Panzerfolk’, then a combination of folk music and the infamous, indomitable German tanks would still be an appropriate title. Come to think, there is more than a little of the Sabaton about this album, both in Hulkoff’s growling diesel-powered misery whip voice and aggressive yet jolly music. There’s nothing like the unfiltered sonic battery of “Dragonrider” from Hulkoff‘s 2017 debut, Kven but laying into the folk imbues great atmosphere and historicism to skeggøx-swingers like King Wada and Hildisvin. Making Pansarfolk extra special is that it comes in two flavours: English language Vinland Edition and Swedish Svitjod Edition allowing you to appreciate tales of Viking adventure or appreciate more authentic vocals. bayley bayley bayley bayley 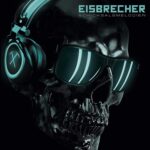 Never would I have thought an album on this, or any metal list, would make me want to do the robot, but here we are with Schicksalsmelodien by boisterous Neue Deutsche Härte machine Eisbrecher. Robots are metal though, I suppose. A covers album of mostly German language songs, Schicksalsmelodien is a musical neon, chrome and black discotheque complete with lasers cutting through smoke. From opener “Skandal im Sperrbezirk” onwards, the quality of these air-punchers never dissipates. Metal bands are often at their most enjoyable when doing what they’re not supposed to, and Eisbrecher gaily shove originally lightweight Neue Deutsche Welle songs through their hefty, dramatic and relentlessly catchy tanzmetall filter, with welcomely unexpected detours via Falco, Powerwolf and Warlock. Schicksalsmelodien is a dance-inducing delight. bayley bayley bayley bayley

Standout track: All We Are 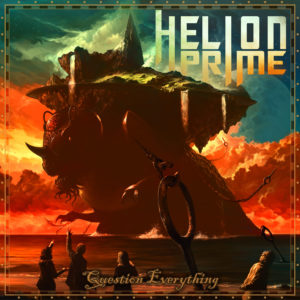 No 2020 album has made me want to bang it on five times in a row; that is apart from Helion Prime’s latest. Question Everything is a masterpiece, surpassing even the heights of their modern classic self-titled debut. Every track is effortlessly catchy and it’s a joy to have such progressive, poetic lyricism in power metal, discussing racism, sexism and homophobia alongside fascinating moments in science. Rare in this genre, new singer Mary Zimmer’s voice is soulful and doesn’t bully the music, a part of it rather than dominating it. I never thought I’d say this about a power metal album, but the lyrics, optimism and Zimmer’s voice make me genuinely emotional beyond sheer excitement. Question Everything is exactly the album we needed in 2020.

Standout track: Madame Mercury (but all of them really, it really is a masterpiece).

As well as being a professional voice actor, RJ Bayley presents Metal Empire, reactivating at it’s new home on Metal World Radio in early February 2021. You can tell him what a blundering mess his top ten is on his Facebook page or Twitter @RJBayley.

The exact moment when RJ knew that heavy music was meant for him was doing his paper round, before school, when the DJ played GN’R among a sea of noughties pop toss. It probably helped his love of radio too.
While his day job is using his English voice as an audiobook narrator, VO artist and sound designer, he’s spent half a decade involved with internet and FM radio from his Edinburgh home. He’s been a weekday talk-show host on local radio and a reviewer and traffic and travel presenter on national stations, but his passion is for bringing unique heavy metal music, interviews, discussion and waffle to the people.
RJ presents Metal Empire, bringing you the more melodic side of metal, be it vintage Sabbath or modern Amarth. Expect to hear traditional, symphonic, thrash, a dash of folk and a dollop of unusual metal with plenty of European artists.
Every Wed from 8:00-10:00 AM EST and 1:00-3:00 PM GMT.

Friends, let us together forge a Metal Empire.