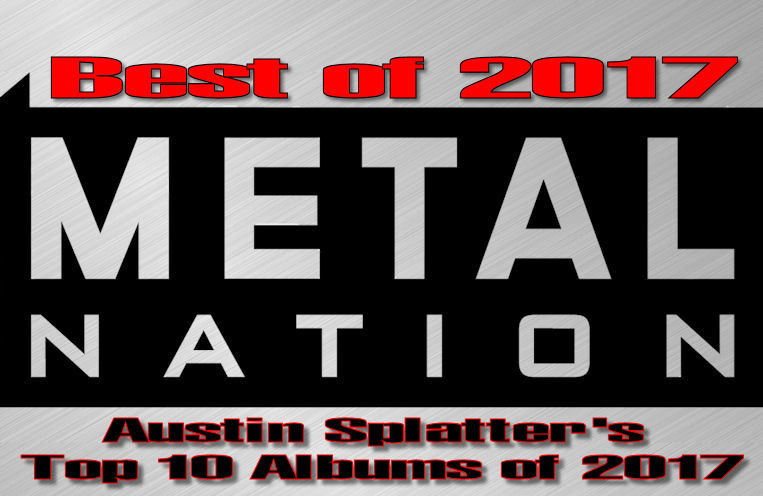 As the year is winding down, we can’t help but reflect and observe the awesome music that has been created during 2017. Regardless of how terrible the rest of the year was, these albums got us through to the bitter end, and gave us a greater love for the metal scene.

Matt Harvey’s (Exhumed, Gruesome) side project Expulsion seemed to have slipped under some people’s radar, which is a shame! Seven tunes, 14 minutes of gross, gut busting, death riddled thrash. Anything I’ve heard come from Harvey has been nothing short of badass! Full Review

There is no doubt in my mind that this album will become one of the next thrash album classics. The thrashtastic vocals and songwriting from David Sanchez, sick bass work from Nick Schendzielos, face-melting fret pyrotechnics of Reece Scruggs, and juggernaut drum pummeling of Pete Webber, what more do you want? I’m super pumped to see these guys in a few months. In a broader spectrum, I can’t wait to see what impact Havok have on the younger generation of metal heads. Hopefully it will spawn a new wave of thrash metal. Havok Interview

8. Cradle of Filth – Cryptoriana: The Seductiveness of Decay (Nuclear Blast)

Say what you want about Cradle of Filth, Dani Filth, what have you-this album is killer! It’s very well orchestrated in terms of song placement in the track list. It’s an amazing example of mind boggling musicianship and how a record should be written. Full Review

7. Dying Fetus – Wrong One to Fuck With (Nuclear Blast)

The best part about this album is the idiosyncrasy that is every lick and run. Each are like a snowflake. That’s right, I just compared to Dying Fetus to snowflakes. Deal with it. Wrong One to Fuck With was pissed. After listening to over 100 albums of 2017 alone, this one should be towards the top of any enthusiast’s list of musts. It also holds its own against its predecessors in the Dying Fetus discography.  Full Review   Dying Fetus Interview

This album is raw, heart-breaking, and dreary (in a good way) Pallbearer is very mood altering, and that’s one of my favorite things about them as a band. The emotion that Pallbearer is able to draw out of you while listening to Heartless is miraculous. I wholeheartedly believe that you should–Scratch that–NEED to seek out this record and listen to it in its entirety. It isn’t just music: It’s an experience, as should all great albums should be.  Full Review

Germany’s Kreator has still got it! What else did you expect? Gods of Violence, the band’s fourteenth studio album, is bad ass all the way through. It’ll leave you with a broken neck and wane your heartstrings. Mille Petrozza’s voice is still spine-chilling after all of these years. Kreator Interview