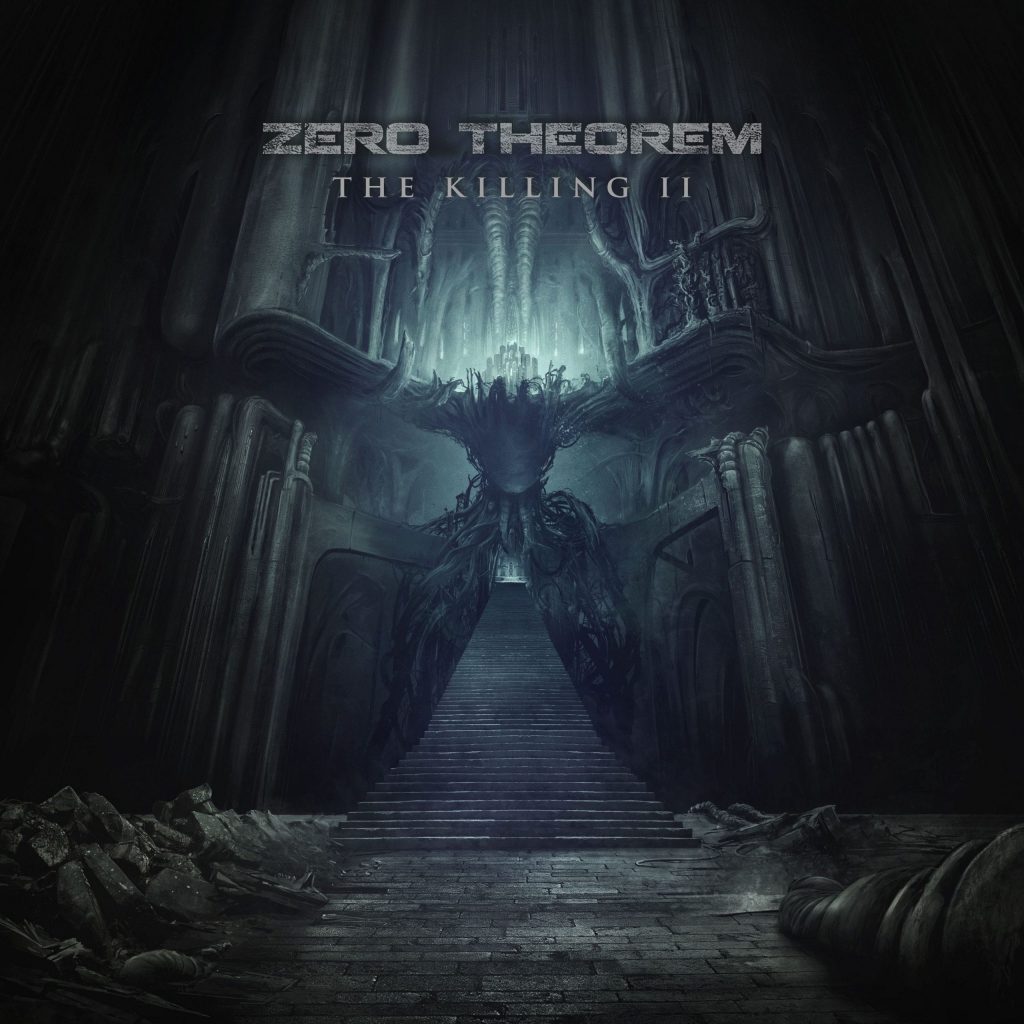 Last Winter, Los Angeles-based sci-fi-centric alt metallers, Zero Theorem, dropped the first of two new EPs, The Killing I, which thematically spoke to the suffering that is inherent to life. While it took a bit longer than planned (thanks, Covid), the book-end EP, The Killing II has finally been unveiled. The quintet unleashed the first single, “The Swarm” last summer, and it was an absolute crusher about the overly self-indulgent who choose lives of carefree superficiality. Listeners looking for mindless lyrical themes will need to look elsewhere, for Zero Theorem deliver more than simple raise-your-fist arena anthems. The music is modern and heavy yet nuanced and layered, and while it can be readily enjoyed for its sound and style, it is crafted to also appeal to the intellect of the listener. Blend together the likes of Tool and Disturbed and that will offers a sense of Zero Theorem’s sound, but that only gets you close.

The band, which features vocalist Caesar, drummer Jake Hayden, bassist Eloy Palacios, and guitarists Roy Lev-Ari and Max Georgiev, released its debut EP Ataraxis in 2018. The EP immediately broke the band across major radio formats, Spotify and other streaming services on the strength of the singles, “Area” and “Becoming”. The Killing EPs mark the next chapters for one of hard rock/metal’s bright new voices.

It is perhaps ironic that Zero Theorem wrote and recorded The Killing EPs prior to the disaster that was 2020, as the band’s post-apocalyptic themes feel somewhat like a soundtrack for the state of things this last year. The Killing II offers five more songs for this soundtrack, including the aforementioned “The Swarm,” of which frontman Caesar states:

“While we are grimly mocking the self-involved, we are also saying that there is a way forward if we can be honest about our issues and problems and get to a point where we actually speak to each other in a rational manner.”

You can check out our full interview with Caesar here.

For The Killing II, the guys returned to work with producer and songwriter Kane Churko (Five Finger Death Punch, Ozzy Osbourne, HellYeah, In This Moment, Papa Roach), who has continued to help them refine and define the Zero Theorem signature. This EP offers greater use of electronic and programming elements that further the sci-fi based themes of the music and lyrical imagery.

The EP opens with the second single, “Translucent,” a mid-tempo industrial-tinged grinder that speaks to the fake nature of what people present to the world versus the reality of who they truly are. This theme follows over into the cinematic and bouncy groover, “Joke,” a track which shines a light on “keyboard warriors” and further addresses the divide between reality and artificiality led by technology and social media that has fueled the human disconnect.

“’Joke’ reflects the illusory nature of the self, both in cyberspace and the physical world. No one is entirely what they may think or claim to be, even the most insightful among us. Moreover, today’s technological trends and social platforms seem to have amplified our tendency toward self-delusion.

“Maintaining a healthy sense of humility and open-mindedness can be challenging under more traditional circumstances. However, the need for critical reflection and honest self-representation is rapidly growing alongside our modern advancements.”

“The Future” amps of the sci-fi vibe of the EP, fitting to its name. Caesar expands upon his tonal palette, singing in an almost artificial or robotic manner, while the EP’s closing track, “Waiting” rolls out with a feel of dark beauty, that eventually builds into something heavier.

In a genre that often suffers from complacency and lack of originality, Zero Theorem has quickly set itself apart from the ocean of derivative acts treading stale ideas. Each of the five tracks on The Killing II fits a cohesive lyrical and sonic narrative that also provides creative diversity among the whole. The EP is packed with dynamic and thought-provoking elements, and it is as expansive as it is compact. No song eclipses four minutes in length, and several are less than three minutes each, making for a well encapsulated performance essential for the inherent ADHD nature of our modern digital music scene. There is no way to get bored, which is perfect as you’ll want to hit repeat multiple times to fully take in the breadth of what Zero Theorem has created on The Killing II.