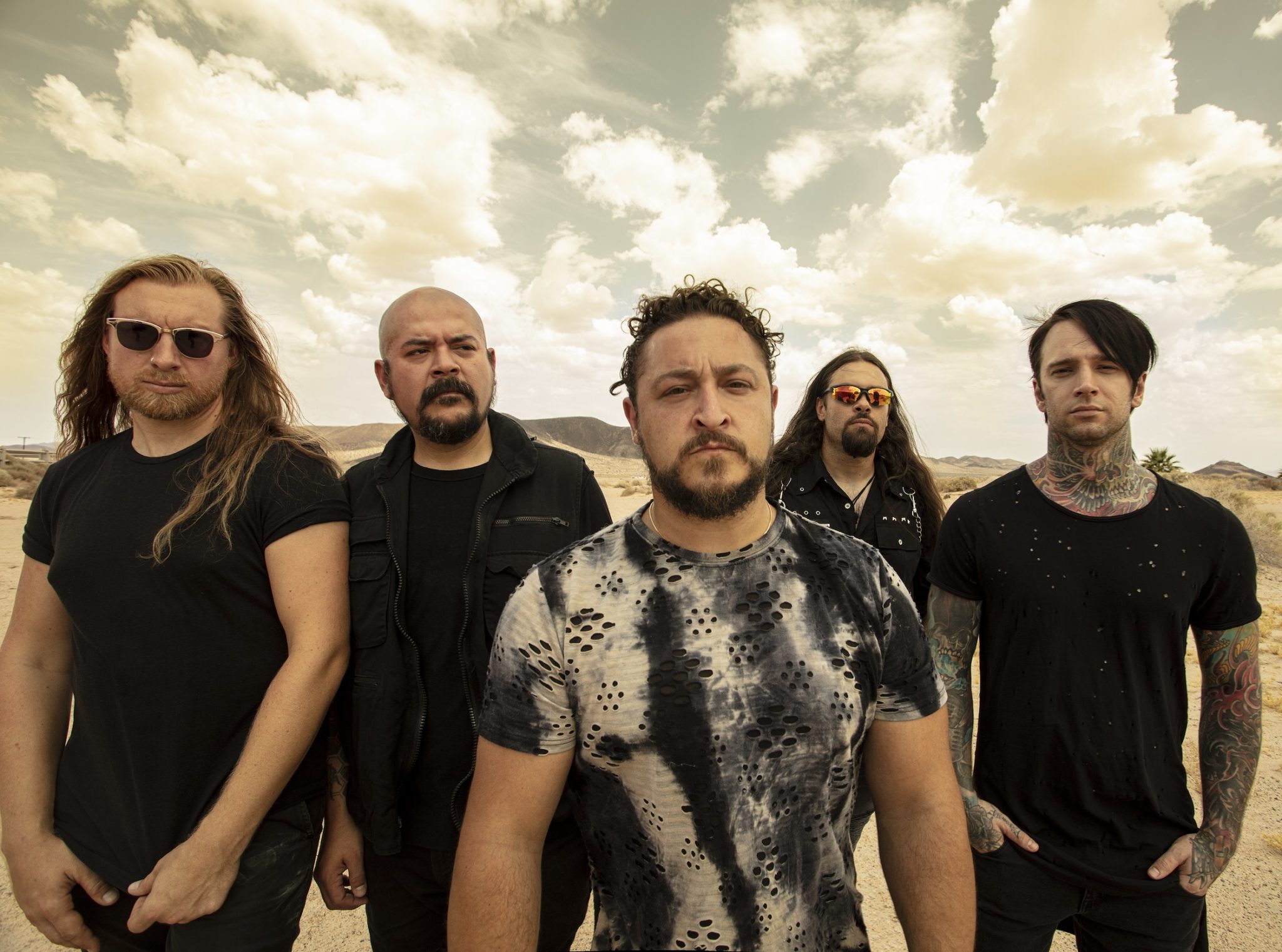 In an era when thousands of new bands emerge every year recording music that is often mediocre at best, it can be difficult to find the flowers among the weeds. Fortunately, with a little good fortune and friendly guidance, I discovered Los Angeles-based sci-fi-centric alt metallers, Zero Theorem in 2018. Their debut EP Ataraxis caught my ear on the strength of the singles “Area” and “Becoming”. Earlier this year, the band released its second EP, The Killing I, featuring five tracks that thematically speak to the suffering that is inherent to life. Last week, Zero Theorem unveiled the first single, “Swarm,” from The Killing II, which will be released later this year.

Zero Theorem originally took root in Chicago with vocalist Caesar and his cousin Joe Scarlotti.  Caesar eventually moved to Southern, California where he connected with guitarist Max Georgiev, bassist Eloy Palacios, and drummer Jake Hayden. Guitarist Roy Lev-Ari later joined the fold as well. While Caesar works with his cousin on song ideas for the band, Joe is not an active performing member. The quintet has been working with another secret weapon in producer Kane Churko (Five Finger Death Punch, Ozzy Osbourne, HellYeah, In This Moment, Papa Roach). This partnership, has helped Zero Theorem in evolving and defining its sound. A sound frequently compared to artists like Disturbed and FFDP. While those influences are fair, especially Caesar’s sometime vocal similarity to David Draiman, there is a modern alternative metal feel to the band’s style.

This weekend, Metal Nation caught up with Caesar to discuss the band’s latest single and video, “Swarm” which he has hailed as highlighting;

“the struggle between authenticity and blissful ignorance.” Noting,  “the song grimly mocks the overly self-indulgent who choose lives of carefree superficiality.”

During our interview below, Caesar talks in-depth about “Swarm,” the upcoming EP The Killing II, and how the band’s post-apocalyptic themes have been coming closer to reality in 2020. We discuss the social and human disconnect among people in the age of advanced technology and social media feeds, and he also gives a teaser peek at what the next single and video will be prior to the new EPs release. You can also check out the animated video for “Swarm” and their 2019 single “You”.

UNLEASH THE ARCHERS Interview: BRITTNEY SLAYES Dives Into the Abyss