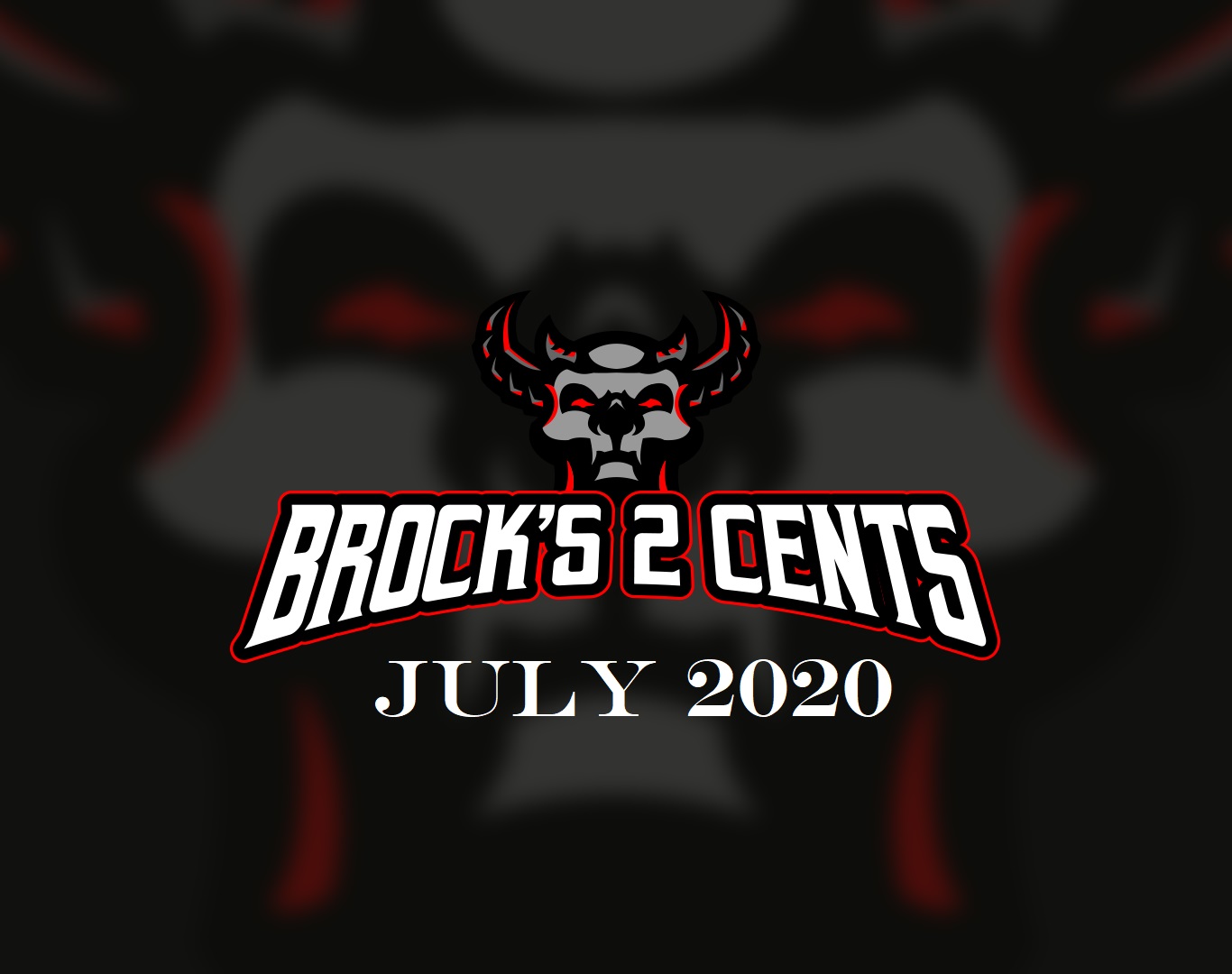 With this Covid b.s. still lingering on and no concerts at least they’re new releases coming out left and right! So here are my reviews of recently released albums that I think you should know about. Forget about these in depth reviews, I’m bringing you quick reviews on multiple releases to help you guide your way through the METAL world today!
BASICALLY THIS IS JUST MY OPINION, LIKE IT OR NOT…
Ratings: [0(sucks) to 5(awesome)]
{Format: Band – album title = rating/style of metal. review} 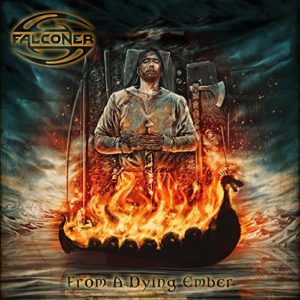 FALCONER – From a Dying Ember = 3/5 |Metal Blade | Power Metal
Well, if you’ve been reading these reviews for awhile you can tell, I’m a huge DM fan but I do – in fact, love and enjoy all the genres of metal… but when it comes to Power Metal I am very picky. Falconer is one of those I do enjoy since I was a fan of the band MITHOTYN, viking metal, which the guitarist came from. FALCONER does sound like a Power Metal version of that band. Their last album Black Moon Rising was probably their best album they’ve ever put out and usually the album after a great album doesn’t match up. This one follows suit but its still a decent album. It’s right there with their better albums. Fans will definitely enjoy this. Sad thing is this will be the last album from the band, they’ve called it quits after this release came out. 11 tracks, 3 are killer and 4 are good!
ffo: BLIND GUARDIAN, ELVENKING, VINTERSORG, TYR, LOST HORIZON, MITHOTYN 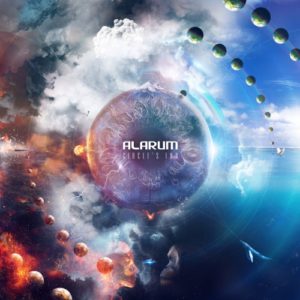 ALARUM – Circle’s End = 4/5 |Dinner for Wolfs |Progressive/Jazz Fusion Metal
Finally, 9 years later, a new album from this Australian band. If you dig tech metal with a touch of prog/jazz fusion ala CYNIC – Focus, this is the band for you! The new album, Circle’s End, their 4th is great. Eventuality is still my fav but this one is just as great as their last album Natural Causes! I noticed the songs are a bit more accessible than previous albums and also have those memorable riffs that get stuck in your head days later. This definitely scratches my itch for that old school kinda tech/jazz metal. This is a must for fans and fans of the the bands in the ffo list! 10 tracks, 5 killer and 3 OK
ffo: CYNIC, ATHEIST, [later] DEATH, MARTYR (CAN), EXIVIOUS 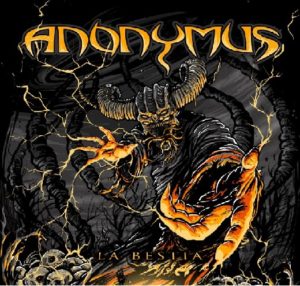 ANONYMUS – La Bestia = 4/5 |Galy |Modern Thrash Metal
ANONYMUS is one of those hidden gems you probably don’t know about unless you’re from the country(CANADA) or lucky enough to stumble across their path. A killer modern thrash band that usually sings in French, English and Italian but, La Bestia being their 11th album, is in Spanish – not sure why, until I contacted the band and found out 3 of the members’ mother tongue is Spanish! The new album is f’n great! Their albums Stress, Chapter Chaos Begins and Etat Brute are my favorites and La Bestia is now in that group! It’s just a great head-banging listening and gets ya hype to throw down in a pit! This is a band that more people need to know about!!! 9 tracks, 5 are killer and 3 are good!
ffo: HAVOK(US), TESTAMENT, DBC, CAVALERA CONSPIRACY, SEPULTURA 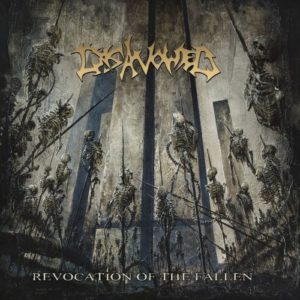 DISAVOWED – Revocation of the Fallen = 3.75/5 |Brutal Mind |Brutal Death Metal
FINALLY! 13 years later we get a new album from DISAVOWED! Their 1st album Perceptive Deception was loved by all and their sophomore effort Stagnated Existence, which I loved even more than their debut, was also a very strong offering! Their 3rd album Revocation of the Fallen comes out blasting right from the start! The first half of the album is incredible then kinda eases up till the end. I’m very happy I finally got a new album but as of right now this album is not better than the first 2. I definitely need to jam on this more but don’t get down because it’s still a damn good album! 10 tracks, 4 are killer and 4 are good!
ffo: PYAEMIA, DEFEATED SANITY, GORGASM, ABRAMELIN, INVERACITY 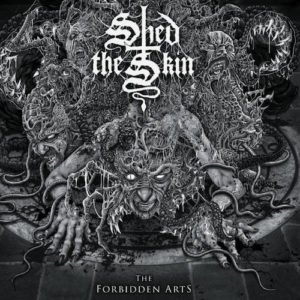 SHED THE SKIN – The Forbidden Arts = 3.5/5 |Hells Headbangers |Death Metal
Probably one of my favorite bands that has come out in the past few years, SHED THE SKIN brings that DM sound from American bands back in the early/mid ’90s but with a modern touch to make this band killer! Featuring members of INCANTATION, RINGWORM, ESTUARY, etc… their 3rd album in 4 years, The Forbidden Arts is a great example of DM perfection! It has that rawness, aggressiveness, a touch of doom and a top notch production that just makes this great all around! Each album gets better and better and this is their best yet! Definitely a band all DM heads need to check out! 11 tracks, 5 are killer and 3 are good!
ffo: ASPHYX, INCANTATION, EMBALMER, BAPHOMET (US), MORPHEUS DESCENDS 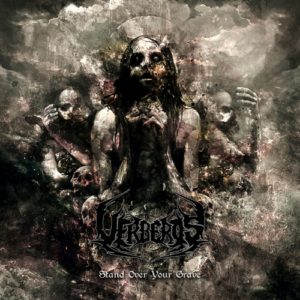 UERBEROS – Stand Over Your Grave = 4/5 |Godz ov War |Death Metal
The sophomore release from this Polish band delivering some top notch, clean production, blasphemous sounding blasting DM! Similar in the vein of other Polish DM bands, UERBEROS brings an intense onslaught to your eardrums! This is a band the DM world needs to take notice of! Their debut album Tormented By Faith was incredible! Stand Over Your Grand is also killer, it’s not better than the debut but it’s definitely a photo finish second place! UERBEROS is like an expensive Cognac compared to most of the other blasting DM bands which are a cheap Brandy! DM fans – this is a must! 9 tracks, 6 are killer and 1 is good!
ffo: [mid] BEHEMOTH, LOST SOUL, [newer] SINISTER, TRAUMA (POL), MASACHIST 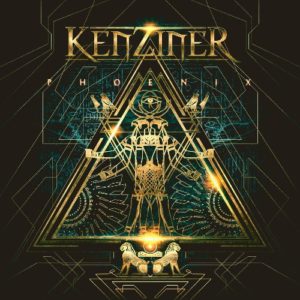 KENZINER – Phoenix = 3/5 |Pure Steel |Neoclassical Power Metal
Wow, I finally get a Power Metal band I want to review this month, then I get another one! Like I said before, I’m very picky but this is a Power Metal band I do like. What I find funny is normally I don’t like the Neoclassical bands but this band has it’s hooks in me. A band I discovered while hosting a college metal radio show and I’ve been a fan ever since. Their sophomore album The Prophecies was incredible, then the follow up 15 years later The Last Horizon was OK, now 6 years later their 4th album Phoenix is an OK too. This album is similar to the last one. Fans will enjoy it, new comers check out The Prophecies album first! 10 tracks, 3 are killer and 4 are OK.
ffo: SYMPHONY X, STRATOVARIUS, LOST HORIZON, VIRTUOCITY 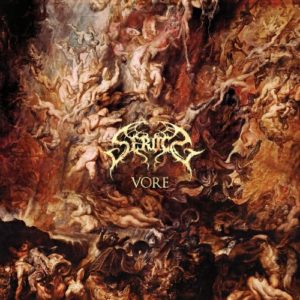 SEROCS – Vore = 3.25/5 |Everlasting Spew |Brutal Tech Death Metal
SEROCS is one of those band that people are head over heels for and I do like the band but not as crazy as everyone else, but their last few releases have been their better offerings. This new EP is damn good, right up there with their best material! The main guy Antonio Freyre always seems to have a new line-up for every release but consistently puts out solid after solid release! This time around enlisting the help of some great CANADIAN musicians. With every release this dude puts out its about the same result for me, about 3 or 4 tracks are killer and 3 or 4 are good. Vore follows suit, 5 tracks, 2 are killer and 2 are good!
ffo: WORMED, CRYPTOPSY, SOREPTION, ULCERATE, DISAVOWED 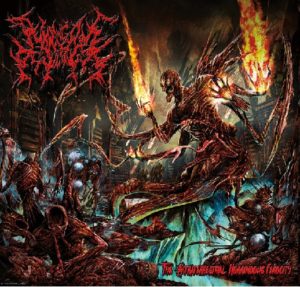 AFFECTIVE PSYCHOSIS – The Extraterrestrial Horrendous Ferocity = 3.25/5 |Sick Chainsaw Productions |Brutal Death Metal
The debut EP from this Thailand band bringing the ultra brutal DM! A decent debut with some actual good song writing, not this copy & paste bullsh*t. It smacks you with the brutality but also has the grooves to get ya headbanging! A very promising band, can’t wait for more! Definitely worth checking out for the brutal DM fans! 5 tracks, 1 cover, 2 are killer and 2 are good!
ffo: BRODEQUIN, SEPTYCAL GORGE, ENCYSTMENT, LACERATE 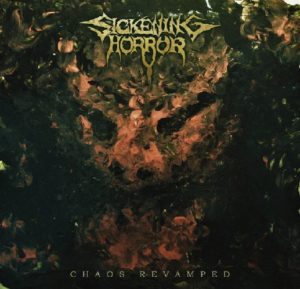 SICKENING HORROR – Chaos Revamped = 2/5 |Pathologically Explicit |Tech Death Metal
SICKENING HORROR‘s first album, When Landscapes Bled Backwards, was a solid piece of brutal tech DM, then they shifted to really experimental with the next two albums, which didn’t hold my interest. Now, their fourth album Chaos Revamped they’ve gone back to tech DM similar to the first album but its not as good as. They went the right direction on this album but I would like a bit more brutality with the tech, experimenting is good but can be harmful. Fans of the band will enjoy this! 10 tracks, 2 are killer and 5 are OK.
ffo: GORGUTS, NERO DI MARTE, ULCERATE, GIGAN 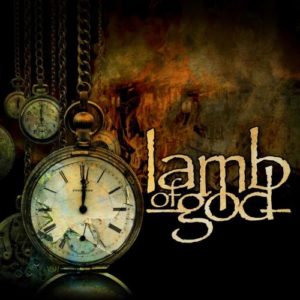 LAMB OF GOD – Self Titled = 2/5 |Nuclear Blast |Groove Metal
So, being from Virginia and had the chance to see BURNT THE PRIEST live back in ’98, I’ve been a fan of BTP/LAMB OF GOD ever since but really only enjoy their first 3 albums. The next 3, Sacrament through Resolution were so-so and The VII: Sturm and Drang album was garbage! Their 8th album, self titled, is OK, way better than the last but really nothing special either. Not sure if this band will ever put out another album that will compete with their first 3. Fans will enjoy this album. 10 tracks, 2 are killer and 5 are OK.
ffo: BURN THE PRIEST, CHIMAIRA, SHADOWS FALL, GOD FORBID, PANTERA 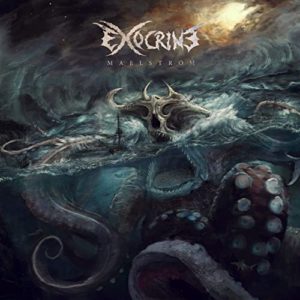 EXOCRINE – Maelstrom = 2/5 |Unique Leader |Technical Death Metal
I was introduced to this band with their sophomore album Ascension and immediately loved it. Tech DM with a brutal touch but reminded me of Tech DM bands of back in the day. Their first album was in similar fashion, but their 3rd album Molten Giant experimented towards a newer CYNIC/OBSCURA and a touch of deathcore direction which was OK but not what I wanted from them. Now their 4th album continues that experimenting and also has this Stranger Things interlude vibe running through out the album. So this is my least favorite from this band. The experimenting is going down the wrong path for my taste. This album and their 3rd definitely fit right along with newer bands on Unique Leader. I’d rather listen to their first 2 albums. 9 tracks, 3 are killer and 3 are OK.
ffo: GOROD, THE FACELESS, OBSCURA, ARCHSPIRE, ALTERBEAST 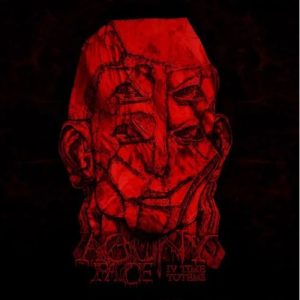 AGONY FACE – IV: Time Totems = 3/5 |Independent |Tech Death Metal
I’ve said it before and I’ll say it again: If it’s DM coming out of Italy, take a moment and check it out! 75% of the time it’s going to be good! AGONY FACE is no different, a damn good Technical DM band that puts out solid releases! Lyrically a concept EP and musically it’s solid and fits right along with their discography! If you like your DM with a tech edge, check this band out! Definitely underrated and needs more DM heads to check this band out! 4 tracks, 2 are killer and 1 is OK.
ffo: PSYCROPTIC, GOROD, NEURAXIS, ATHEIST 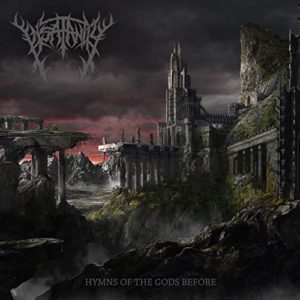 INSATANITY – Hymns of the Gods Before = 2.5/5 |CDN |Blackened Death Metal
Back in the late ’90s when I was on the quest to find more groove-oriented DM bands, I stumbled across this band by accident but loved what I heard from their debut album Divine Decomposition and was hooked on the band. Also enjoyed the split they did with IMMORTAL SUFFERING but then forgot about them till they put out the EP Upon the Ivory Throne two years ago. Now 24 years later, their sophomore album, Hymns of the Gods Before, is released. It took me a few listens to really get into it. It’s a decent album but not better than their debut. One of those albums you gotta check out for yourself to see if ya dig it. 9 tracks, 1 cover, 3 are killer and 3 are OK.
ffo: CRUCIFIER, IMPRECATION, FUNEBRARUM, BLASPHERIAN, DEICIDE