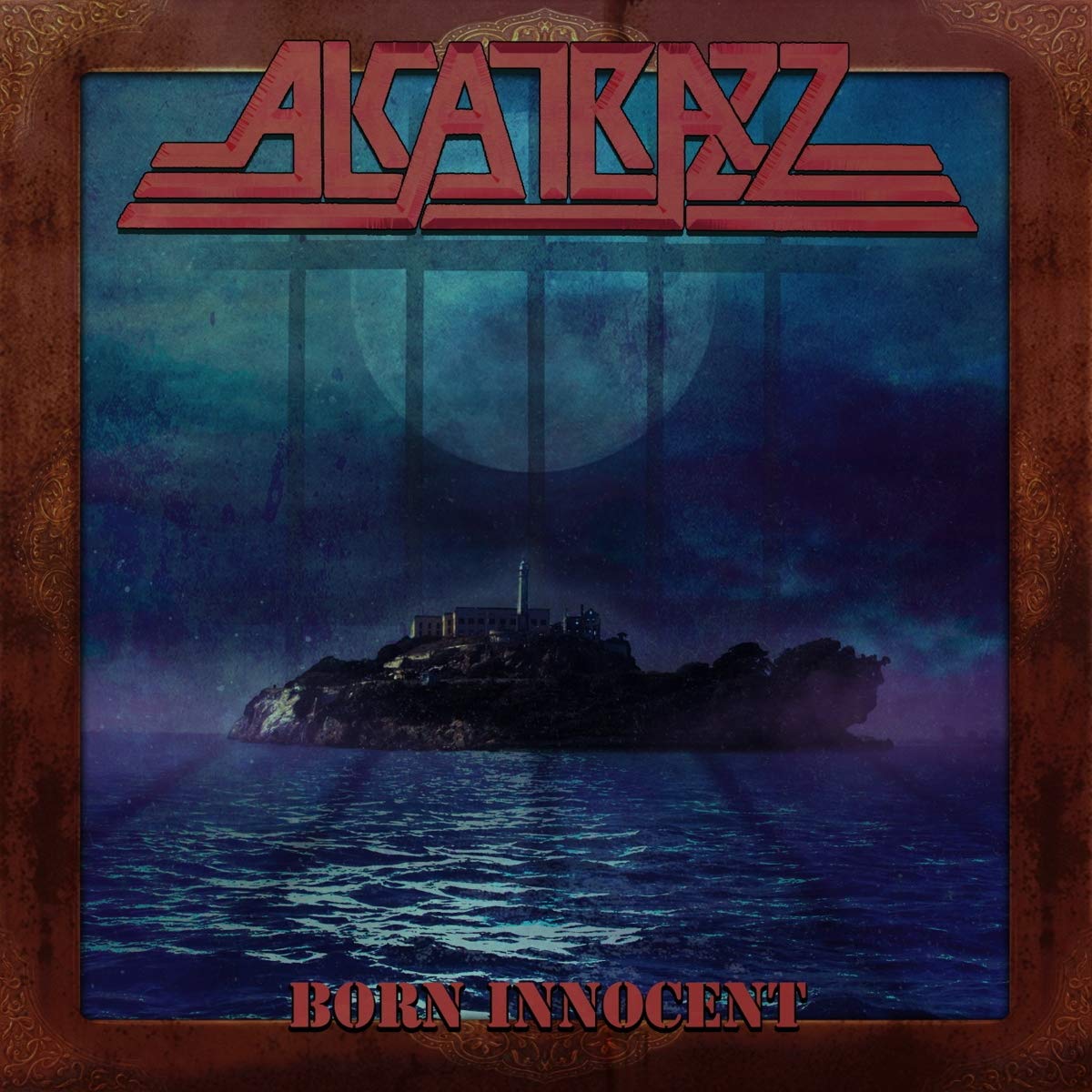 The 80s remain the quintessential decade for heavy metal. While it began in earnest in the late 70s, and continues to grow and evolve today, that 10-year period between new wave and grunge is roadmap. During that decade, 1983 stands as a watershed year. Some of the genre’s seminal masterpieces were released including debut monsters by Metallica and Dio, and breakout records by Quiet Riot, Motley Crue, and Def Leppard. Hidden among the vast onslaught of headbanging exceptionalism was the debut release by Alcatrazz, No Parole from Rock ‘n’ Roll featuring former Rainbow and Michael Schenker vocalist Graham Bonnet alongside young guitar phenom, Yngwie Malmsteen. The record came filled with classic and timeless tracks like “Jet to Jet,” “Island in the Sun,” and “Hiroshima Mon Amour”. It has since become a cult album for many fans.

Despite the high profile names like Bonnet and Malmsteen, it was actually the band’s other members; then Alice Cooper drummer Jan Uvena as well as former New England bassist Gary Shea and keyboardist Jimmy Waldo, that brought me to the table. Despite the strength of that debut record, Alcatrazz could not quite escape its underground status. Malmsteen would leave after one record to be replaced by fellow virtuoso Steve Vai for 1985’s sophomore release, Disturbing the Peace. Vai was gone by 1986’s Dangerous Games, after which the band dissolved.

Fast forward 34 years and the original Alcatrazz line-up is back sans Malmsteen and Uvena, with guitar dynamo Joe Stump taking over as the band’s resident fret wizard and Mark Benquechea jumping upon the drum throne. A reunited Bonnet and company are set to release their strongest effort since that 1983 landmark debut, with Born Innocent.

Right from the opening notes of the album’s title track, listeners are swept back to the style and sound of No Parole from Rock ‘n’ Roll. Special guest Chris Impellitteri wrote and played guitar on the track. His arpeggio-fueled riffs are like a time machine back to Alcatrazz. Despite the decades, Graham Bonnet’s voice remains iconic even if some of his power, range, and control have slightly diminished. Sweeping fretwork and a strong hooky melody make this a solid album opener to reconnect fans with the band.

The album’s debut single landed this spring in the form of “Polar Bear”. The track is a nod to the elder natives who would leave their tribe when they no longer saw themselves as useful. They would wander out into the cold and allow the elements to take their life. In doing so they believed the polar bear would come and take them across to be reborn in the spirit world. Stump leads the way. He’s truly a beast with an axe in his hands and he seems to channel the energy and skill of Malmsteen and Blackmore as if it were in his DNA. Waldo’s keyboards add fantastic nuance and atmosphere and Benquechea quietly goes about the business of anchoring the pace and rhythm. Song co-writer Don Van Stavern (Riot) plays bass on this one as well.

Stavern sticks around to handle the low-end rumble for the energetic and raucous anthem, “Fin McCool.” Infectious chorus aside, this one is really a vehicle for the six-string pyrotechnics of Japanese guitar God, Nozomu Wakai who likewise composed the track. This is followed by the slow roller, “We Still Remember” before  the tempo picks back up for the menacing attack of “London 1666”.  Stump lays down a chunky riff over Stavern’s thumping bass line and Bonnet’s gritty vocal performance.

After Born Innocent was recorded, the rock and roll world lost legendary guitar hero and producer Bob Kulick (Kiss, Alice Cooper, Meat Loaf). As one of his final musical contributions he wrote and handled guitar duties on the shifty rocker, “I Am the King”.  The band gets into something of an Arabian-flavored groove for “Something That I Am Missing.” which was written by Italian guitarist Dario Mollo who also wrote and performed on the broody, “Warth Lane”. Waldo’s keyboards truly shine on the former, while Bonnet’s plaintive vocals perfectly fit Mollo’s serpentine decadence on the latter.

Fans who might miss the eloquence of Steve Vai‘s fretwork are rewarded on “Dirty Like the City” which he penned and performed on, recalling the band’s Disturbing the Peace  era. Plenty of moody groove and more raw vocals from Graham.

The album’s latter third, is perhaps heavier overall than the first 2/3rds of the record.  There are plenty of stand out moments down the stretch. Annhilator‘s Jeff Waters even drops a solo on “Paper Flags” which has an ominous vibe to it and is one of my favorite tracks on the record.”The Wound is Open” is verifiably twisted, while “Body Beautiful” recalls classic Judas Priest riffing.

Born Innocent is a delight to hear and experience for vintage heavy rock fans. Alcatrazz is back as if they never left. Whether you knew them in 1983 or if this is your baptism, this record delivers on all fronts. While many special guest songwriters and performers might have diluted the Alcatrazz sound as well as the continuity of the record, the end result proves the opposite to be true. Born Innocent is every note an Alcatrazz album, and one can feel the  flow in the record’s sequencing. If I had a single complaint it would be that all the brilliant guest guitarists robbed us of experiencing the full weight of Joe Stump‘s amazing talents, but there is more than enough here to recognize he is every bit the equal to the likes of Vai and Malmsteen. On Born Innocent, Alcatrazz is born again. 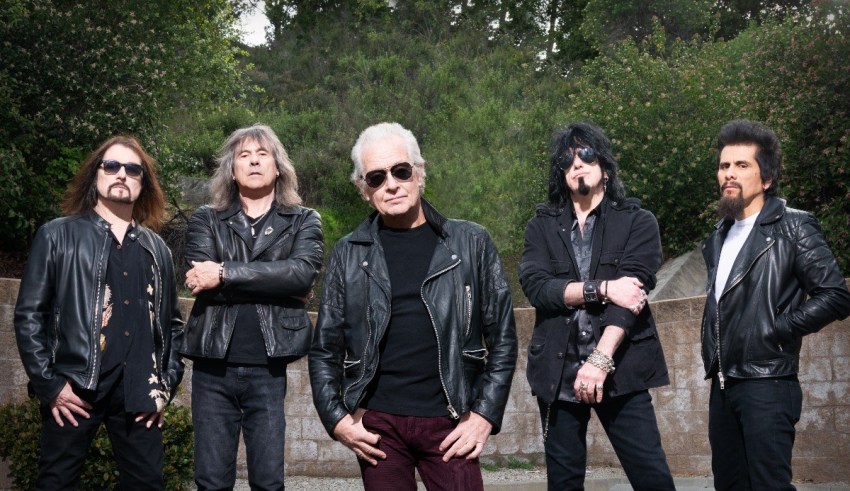