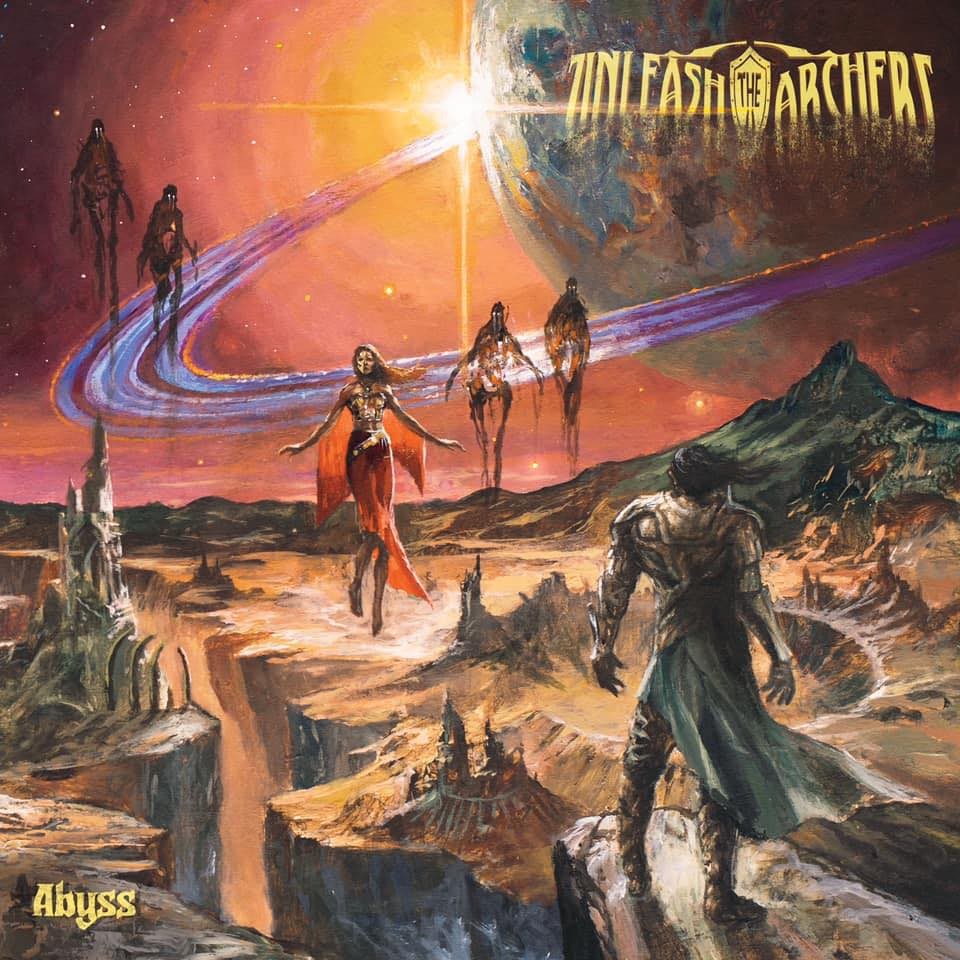 Unleash the Archers took us to the Apex and now they stand ready to drag us into the Abyss. The new record is the quartet’s fifth full-length studio effort and the sequel of the masterful 2017 concept release, Apex. Holy shitballs, Batman, Abyss absolutely slays. Not an intended nod to vocalist Brittney Slayes, but hey, we’ll go with it. I truly thought the band had indeed reached its peak with the aptly titled Apex, but Abyss continues to find the band evolving on an upward trajectory. Abyss broadens the scope, so to speak.  Brittney, along with drummer Scott Buchanan, and guitarists Grant Truesdell and Andrew Kinglsey have crafted yet another album of modern era melodic power metal. As always, the band tosses in timely death metal growls to add menacing textures to the songs, and once again, UtA tapped Jacob Hansen (Evergrey, Destruction, Primal Fear) to mix and master.

As  “Waking Dream” opens the album, I’m drawn back to childhood memories of  Heart’s Ann Wilson. The sound is lush and ethereal. The tension slowly builds to a crescendo at the song’s midpoint as the guitars and drums come crashing in. There is something of a Neil Peart vibe here that recall rhythmic patterns of classic Rush. Despite these sonic influences, intended or otherwise, the song is still clearly Unleash the Archers. Kingsley also adds synth embellishments on this track which lead us into the album’s otherwordly title track. “Abyss” immediately makes me long for Norway’s Triosphere with its buzzing fretwork, swirling melodies, and build up of riffs ringing out. Slayes is at her best, stretching out her massive vocal range and utilizing beautiful layers of harmony.  As she does on many UtA songs, Slayes delivers an epic howl to lead the charge that will send chills up your neck. Soaring melodies hook the ear from the outset and refuse to let go. Kingsley and Truesdell both deliver with amazing back to back dual solos.

There’s a bit of a Queensryche feel to the intro on “Through Stars.” The chorus though has more of a poignant ballad sense to it with big cloud-like harmony vocals. Unleash the Archers clearly know how to strike the balance between intensity and bombast and melody and restraint, and this track leans on the latter.

The vibe shifts dramatically for the black metal infused opening of “Legacy” which is juxtaposed against this buoyant yet progressive rather alt wave vibe on the vocal line and sweeping guitars. There’s a dreamlike quality or a feeling like being in a video game. I appreciate how they’ve stretched their sound with this. “Return to Me” pulls us back into the power metal fold with some grant trilling guitar lines and deathly growls. The crushing rhythmic anchor allows the guitars and Slayes vocals to float above the fray. Here again, Kingsley and Truesdell balance speed and technicality against serving the needs of the song.

The album’s second single “Soulbound” is the first track that I actually heard for this record, and I was floored. It ties into the Matriarch story line from the Apex album, wherein she binds her slain sons’ souls to her for eternity. Musically it’s a full-frontal assault of sonic chaos that just washes over you. Brittney delivers another of her patented wails that climbs up three octaves. Maybe four. I’m not an expert. All I know, and you can listen/watch below, is it will knock you on your ass then drag you into the mêlée with its energy and urgency. Buchanan’s drum work often goes unheralded, but he plays with a sneaky knack for altering patterns and dynamic footwork that add depth to the songs. It’s like a secret weapon no one seems aware of yet you’d notice if it were not there. More synthy moments add textural shifts that make the song feel quite progressive. Slayes has these amazing dual octave harmonies on the verses, then we get a counterpoint of growls and cleans on the pre-chorus. The big hooky chorus is almost icing on the cake. Another great solo trade off and perfect door slam to the face to close the track out. Pure eargasm.

The tempos shifts to breakneck speed with Andrew and Grant’s fingers flying furiously across the frets to open “Faster Than Light”. This may be the most propulsive song on the record with bass and drums biting on the heels of Slayes soaring vocals. As she so frequently does, Brittney manages to tower over the incredibly deft performances of her band mates which is no small feat.

Slayes showcases her more emotive and vulnerable side on the intro to the mammoth beast that is “The Wind That Shapes the Land.” This gives way to galloping guitars and biting harsh vocal bites contrasted against undulating melodies and ornate clean vocals.

The band shifts to the almost 80’s like groove of “Carry the Flame” which allows Kingsley to  show off is own exceptional vocal skills. The song is a personal favorite, that sets up the album closer, “Afterlife” which brings together the varied elements showcased across the albums prior tracks. It all culminates for an epic conclusion.

If the goal is to make each record better than its predecessor, hard as it is to imagine, Unleash the Archers accomplishes that goal with Abyss. I’m taking nothing away from the brilliance of Apex. Abyss simply takes what UtA did there and expands upon it giving the listener even more of what the band excels at while also stretching out in new directions that fuel creative diversity. Abyss is packed with track after track of memorable performances and infectious songs that linger long after the album is over. Each member understands how best to utilize their individual talents to serve the whole of the band and of the song. Apex was among the 10 best metal albums of 2017, and Abyss will be right there battling for the top spot in 2020. 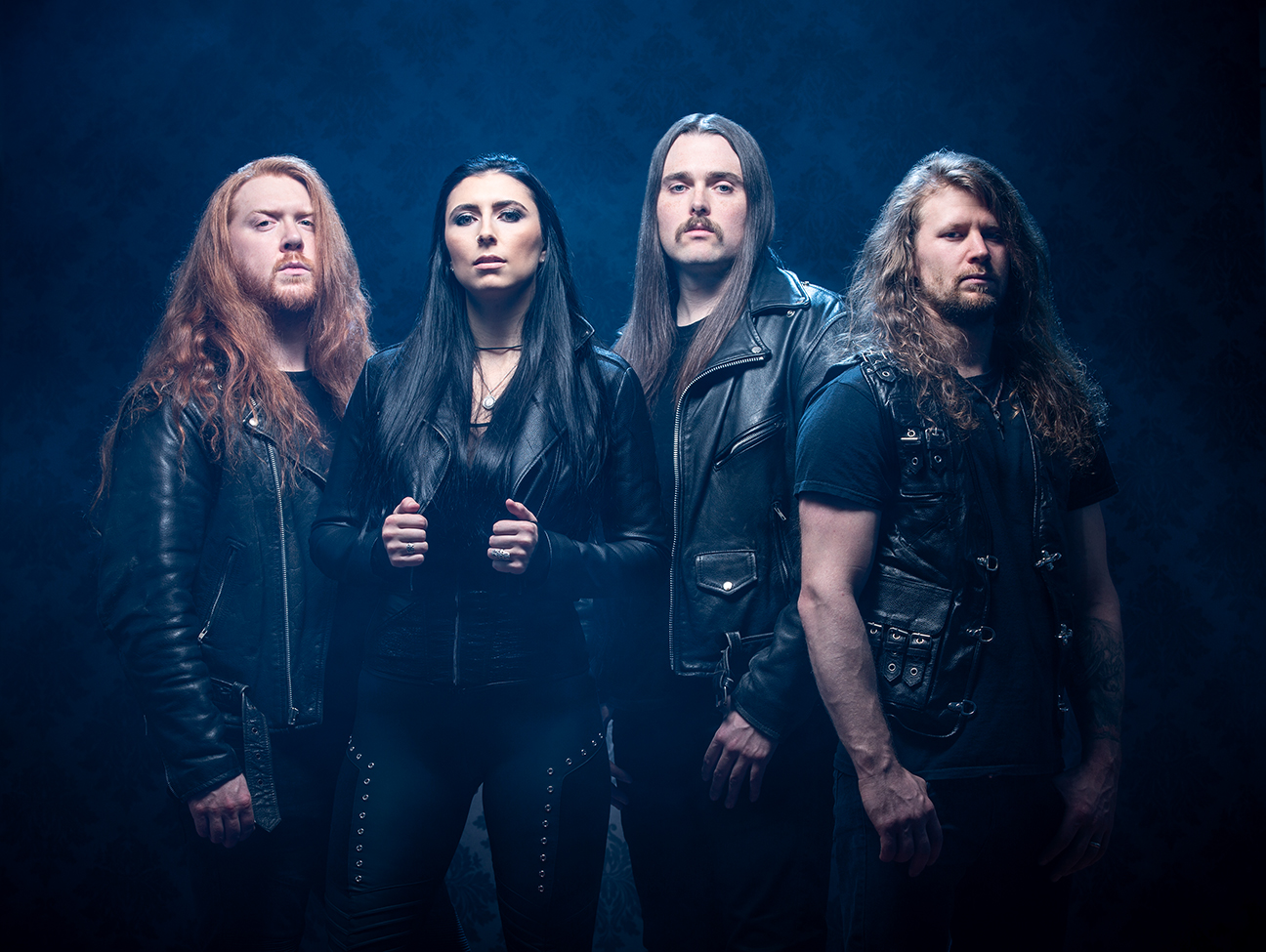