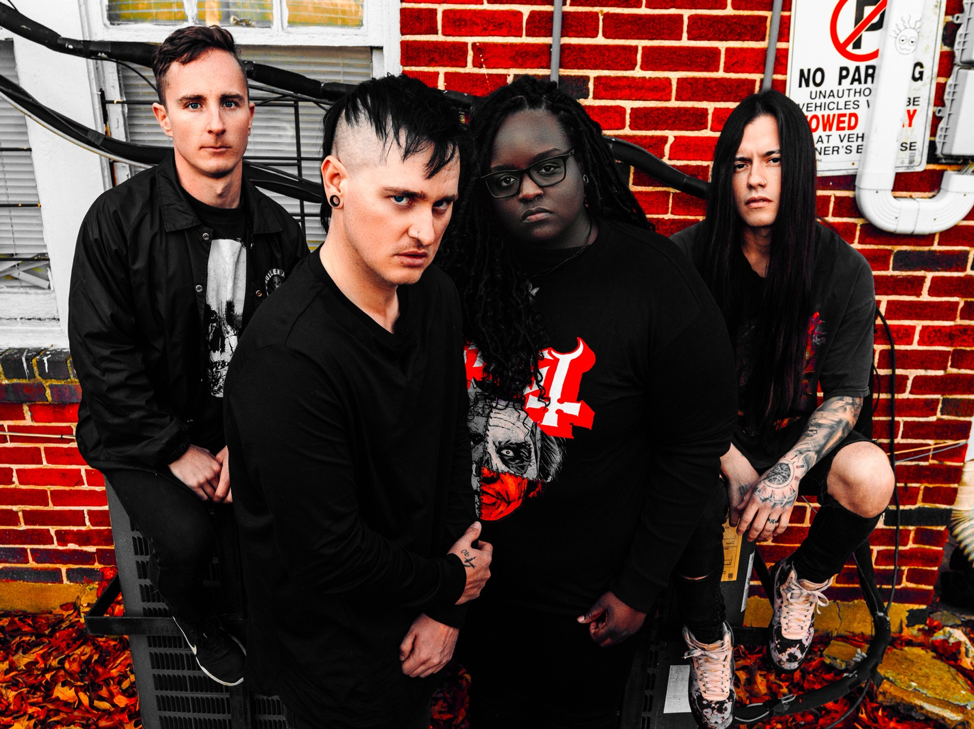 After making massive strides at media, radio, streaming and beyond in 2020, breakout metal stars TETRARCH are about to own 2021 with the release of their highly anticipated sophomore full-length album, Unstable, scheduled to drop on April 30 via Napalm Records! The album is available for pre-order in several exciting formats, beginning today.

Following the release of their latest hit “I’m Not Right” – an anthem that cracked the Mediabase Active Rock Top 30 and has commanded the scene since its release with over four million combined cross-platform streams – TETRARCH have revealed another blazing new single, “You Never Listen”. The earworm ode to relationships-gone-bad, which premiered via SiriusXM Liquid Metal, packs a punch with chunky, breakneck riffs and a sing-a-long worthy chorus, proving it as an accessible yet dynamic knockout.

“‘You Never Listen’ is for anybody who has struggled or is struggling through a broken relationship – whether it be with a family member, friend, significant other, or even with themselves. So many times, we find that people we once were close with or felt like we knew well show a darker and different side of themselves that forces us apart. ‘You Never Listen’ is about having the strength to say enough is enough and to rid yourself of those toxic situations.”

“We wanted to do something unexpected and approach the song from a different lens. Conceptually, the video follows a young kid who is obviously living in a bad situation in a messed-up home. Throughout the video, the kid deals with the inner voices and visions in his head, represented by the band members appearing and disappearing, as he struggles to understand what’s real and what isn’t. As the song ramps up, we wanted to portray the kid as telling those voices to shut up as he takes control and rids himself of the negative energy around him.”

Produced by the band and Dave Otero (Cattle Decapitation, Allegaeon, Khemmis), Unstable follows the band’s breakout debut Freak (2017). The new album shines not only as a natural step forward for TETRARCH, but a giant leap ahead – an even more focused effort combining bright flourishes, grooving low-end and soaring choruses. Unstable wastes no time igniting with the unforgettable, punching first single “I’m Not Right”. Boosted by frontman Josh Fore’s raw emotion and dynamic vocal style, the track pays homage to the genre’s greats while lifted by the eerie leads of trailblazing lead guitarist Diamond Rowe. Radio-ready, lyrically-relevant tracks like anti-bullying anthem for the ages “Sick Of You” and empowering “You Never Listen” showcase TETRARCH’s hefty progressions and unforgettable choruses. Unstable’s heaviest offerings prove the band’s dynamic assault of varying heavy styles, most notedly on assertive breakneck burner “Negative Noise” – a track that will turn the heads of metal’s greatest riffers with Rowe’s mighty axe attack – and on the melodically chilling “Take A Look Inside”, highlighting the powerful rhythm section of bassist Ryan Lerner and drummer Ruben Limas. The album explores a brooding, introspective side of the band on the standout, melodic “Addicted” and closer track “Trust Me”, which trickles-in supernatural atmosphere. Delivering heavy hit after hit, Unstable is 10 tracks of pure potency and undeniable talent.

Diamond Rowe says about the album:

“The album has an overall theme of self-reflection and really looking at the relationships or parts of yourself/your life that you don’t like and getting out of those situations. It’s an angsty record. Musically, we were not timid in showing that we refuse to be boxed in as artists, and I think we really came out swinging with showing the world the type of band that we want to be. Freak did great for us and showed us that the music we were making was something that people wanted to hear, and that gave us the confidence to write and record this beast of an album.” 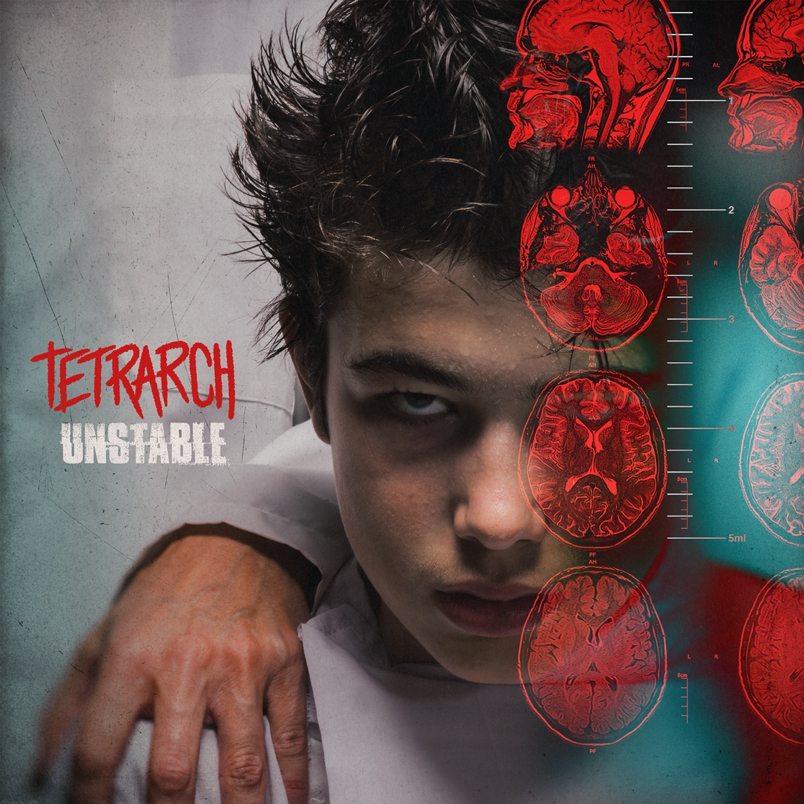 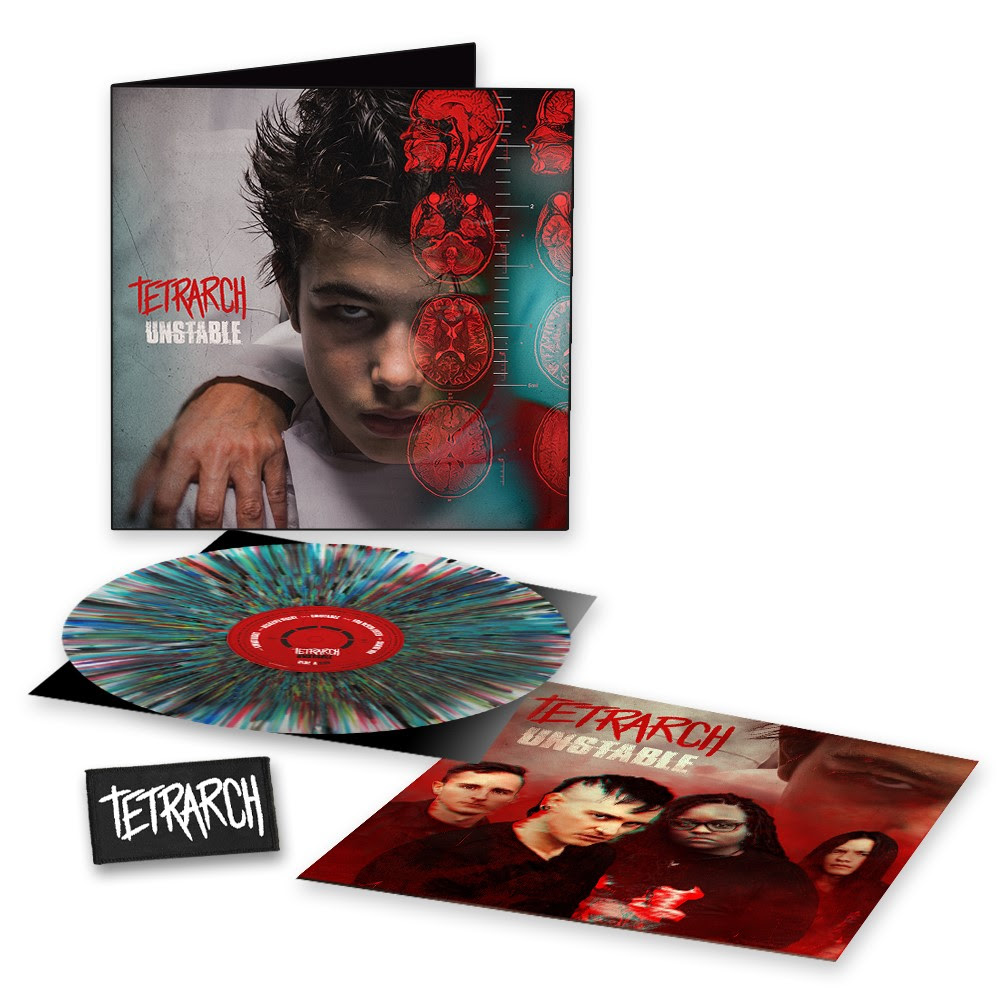 Fierce individuality and a fearless embrace of the outsider are at the heart of TETRARCH. The band’s tireless hard work and relentless determination has established them as one of the top up-and-coming bands in heavy music, catching the attention of major media including Pollstar (cover mention), Billboard, Revolver, Alternative Press, Guitar World, Guitar Player, Premier Guitar, Kerrang! and Metal Hammer, many in which lead guitarist Diamond Rowe was the first African American female lead guitarist from the heavy metal genre to be featured. TETRARCH has been featured on Spotify playlists such as Kickass Metal, Rock Hard, New Blood (cover featured) and Metal Tracks and has also seen stellar support from Apple Music and their users, appearing on several additional playlists. Having appeared on major festivals such as Epicenter and Exit 111, TETRARCH will charge back into the major touring scene upon its resurgence with renewed persistence and the mighty nonconformist’s spirit that has driven them since day one.

“You best get familiar with the name right now!” -Loudwire

“Tetrarch is taking heavy metal into a new era.” -RedBull.com