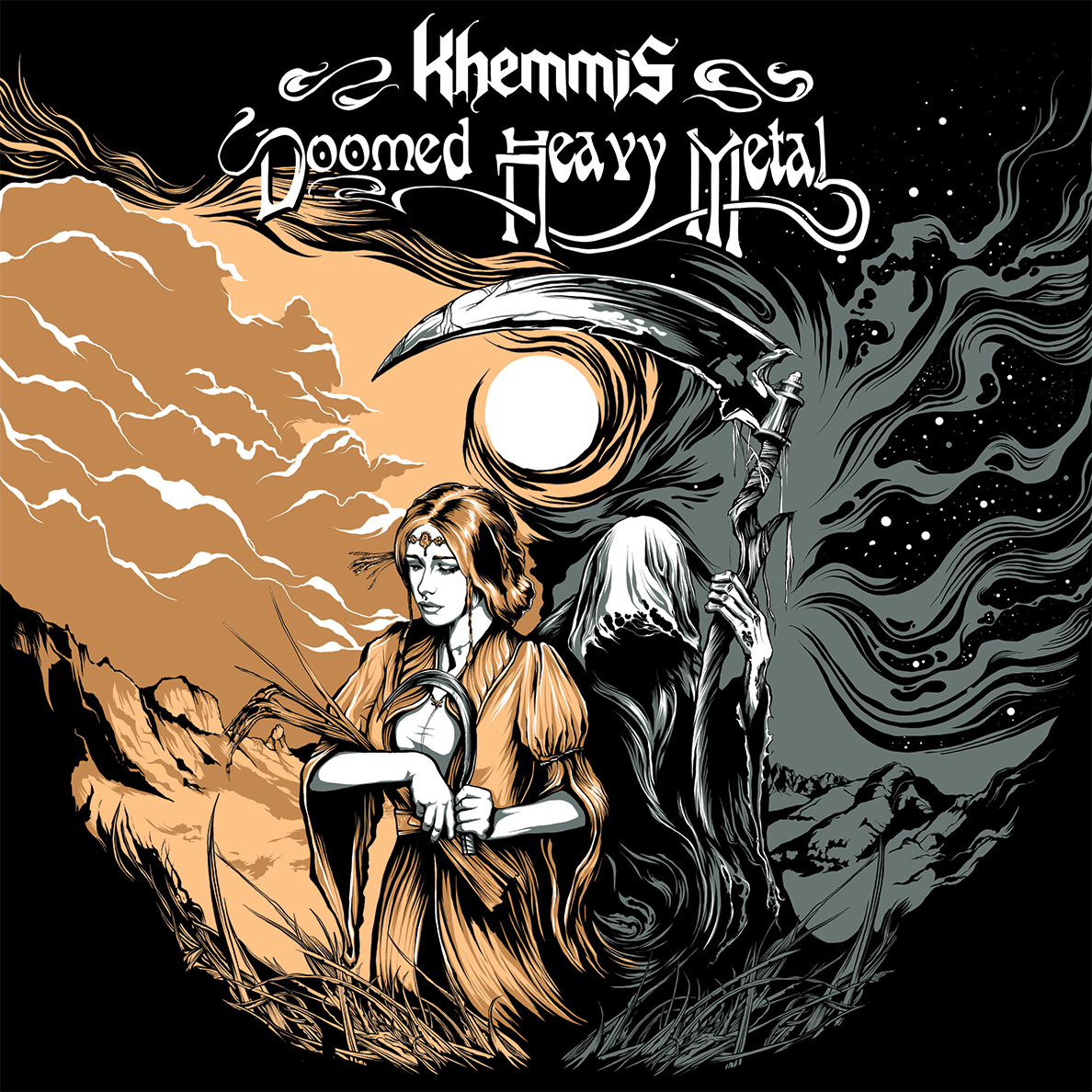 One of the best parts of writing about heavy music is the discovery of new artists. You get to be among the first to get in on the secret, you can share this exotic discovery with the masses, and then watch as they ascend. Colorado’s doom metallers, Khemmis have been one of those fantastic finds for me. I first heard of them in 2013, and their debut album, 2015’s Absolution, was one of the year’s best breakouts. In 2016, they unleashed Hunted, one of my picks for record of the year. It still remains my favorite, although Desolation is pretty fucking awesome as well. The band is fronted by the two-guitar, dual vocal attack of Ben Hutcherson and Phil Pendergast, and backed by the rhythmic anchor of bassist Dan Beiers and drummer Zach Coleman.

While so many of us are currently stuck at home, sheltering in place. This is a perfect time to absorb some new metal, and Khemmis is about to drop a new 6-track EP of sonic gems called Doomed Heavy Metal. Assuming the world still exists in a few weeks, fans will get a doomed up take on the Dio classic, “Rainbow in the Dark,” to kick off the journey. The Khemmis take on this iconic track is less light-hearted and magical and more quarantined in a dungeon, chained to the wall with just that thin sliver of the sun to offer hope. It remains melodic but definitely weightier.

The album’s second track is also a cover. The band turns in an ominous, crushing, and dramatic remake of the century old Appalachian dirge, “A Conversation with Death”. The song is most notably attributed to North Carolina preacher, Lloyd Chandler, but made more common in pop culture as “O Death” by Ralph Stanley in the 2002 film O Brother Where Art Thou. The track comes from the band’s out-of-print 2017 Fraught with Peril split with Spirit Adrift who interestingly covered “Man of Constant Sorrow” on the disc, also from the O Brother Where Art Thou soundtrack.

The album’s third track is the hard-to-find single, “Empty Throne,” which was released as a flexi-single for Decibel Magazine in 2017. This is a definite treat for fans that did not have access to it. The song begins with a fuzzed out bass line and tinny cymbals that sound almost like a garage recording. It then fills out with rich full guitars and rhythms. The song is a winding, heavy and broody elegy.

The album’s final three tracks are live takes, one song from each of the band’s three albums; “Bloodletting” from Desolation, “Three Gates” from Hunted, and the 9-mitue beast, “The Bereaved” from Absolution. If you think they sound good on record, they definitely should be experienced live, and this gives fans a nice mini-sampler to soak I that live presence.

Although it is not the full-length follow up to Desolation that fans are raptly waiting for, Doomed Heavy Metal is certainly worth grabbing to satiate your Khemmis fix in the short term. If you’ve yet to discover Khemmis, this EP makes a perfect foray into their unique take on doom-infused metal. 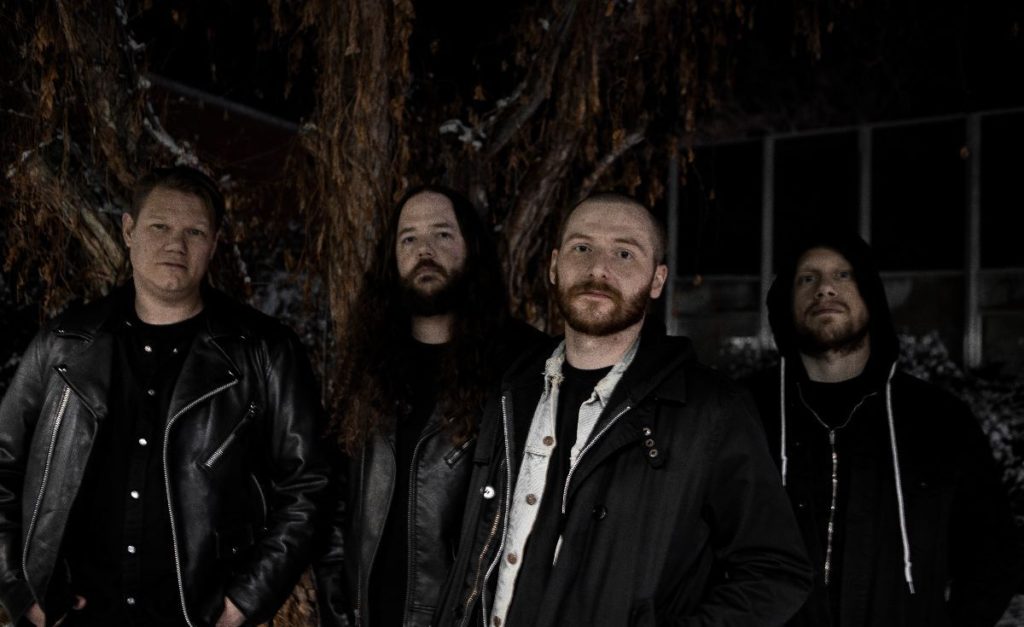