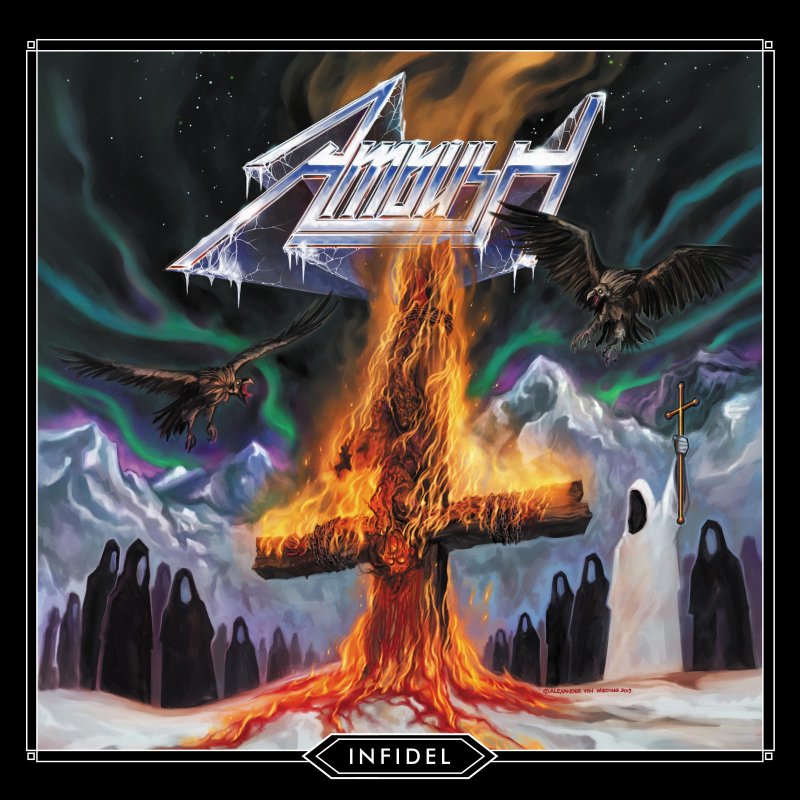 Växjö, Sweden’s Ambush is a traditional metal quintet that first pinged my radar with its sophomore record, 2015’s Desecrator. As a huge fan of Judas Priest, Saxon, and Accept, I was immediately enthralled with their vintage metal sound. The band’s debut, 2014’s Firestorm I later discovered to be an equally impressive debut. The band is fronted by the powerhouse vocals of Oskar Jacobsson and the dual guitar attack of Adam Hagelin and Olaf Engkvist, while Linus Fritzson drummer and Ludwig Sjöholm bassist cement the bottom-end in thunderous style. Guitarist Karl Dotzek has also recently joined the fray.

With a few years between efforts, I went into the band’s third record, Infidel with high hopes. The album’s opener, “Infidel” rewarded my faith immediately. The song is a high-energy onslaught of raucous riffs and wailing vocals of the old school variety. Don’t let this lead you to believe Ambush is delivering traditional metal that is not relevant, because that would be a disservice to the band. While they seethe with that retro metal sound of our veteran heroes, they are serving it up with reverent authenticity. “Infidel” has some chunky rhythms that recall prime Motorhead, but there are some power metal elements and even a hint of vintage Queensryche in the mix.

“Yperite” opens with one of those Accept-style, chunk riffs replete with thumping bass and lock-step drums. Lots of pinch harmonics, and a build up to an anthemic gang chorus. This is followed by the Priest meets White Wizzard juggernaut of “Leave Them to Die”. The album is very punchy and arguably more refined than their previous efforts, bringing them in line with modern production standards, yet they do this without surrendering their punchiness and edge.

The album’s first single is “Hellbiter.” This would not have been my first choice as a calling card for the album but it is still a grand song. In fact, if you put the breadth of 80s metal in a blender and poured it into a blender, this would be the result. The track gives me some “Living After Midnight/Devil’s Child” meets the Scorpions feels, but there are so many 80s influences here I could name two dozen quite readily. Jacobsson truly feels like he’s pushing his voice in new directions, intentional or otherwise, on Infidel, and at the same time his voice is what fortifies the Ambush signature sound.

The tone of the record gets a little darker as it shifts into the ominous instrumental vibe of “The Summoning.” This lasts a little over a minute or so before it turns into the full-throttle rampage of The Demon Within. Plenty of guitar harmonies, and raging stick work from Fritzson, awash in a spirit of European power metal. Bands like Enforcer and Hammerfall come to mind listening to this track. You may be dripping in sweat after this one.

Sjöholm shifts the tempo and gets us back into the traditional groove again on the buzzsaw rumble and bombast of “A Silent Killer.” Fantastic solos here. This segues into “Iron Helm of War” with its vibrating bass setting the table for more rapid fire riffing, gang chants, and ripping solos.

“Heart of Stone” returns us to more of that hammer-to-face pounding we expect from Accept, but the vocals are soaring and vast until we get to the gang chorus. There are some echoes of Dokken in the songs’s undercurrent as well.

The album closes out with “Lust for Blood” which for my money may be the album’s most forgettable track, and yet it’s still pretty damned solid. It’s just not as memorable as the rest of the record for me. Here again I get some Dokken sensibilities.

Ambush has now crafted three excellent albums that celebrate the brilliance of 80s heavy metal, and Infidel is arguably it s most well-rounded. It would be disingenuous to call anything here modern or fresh, but that’s okay. I miss the 80s era of metal and often bemoan much of the lifeless detritus that passes for heavy music these days. Give me a record that hits my ears like a good beer and the feel of my favorite jeans, and I’m a happy headbanging camper. All that’s old is new again, and Ambush is at the top of its game in delivering the old school goods. 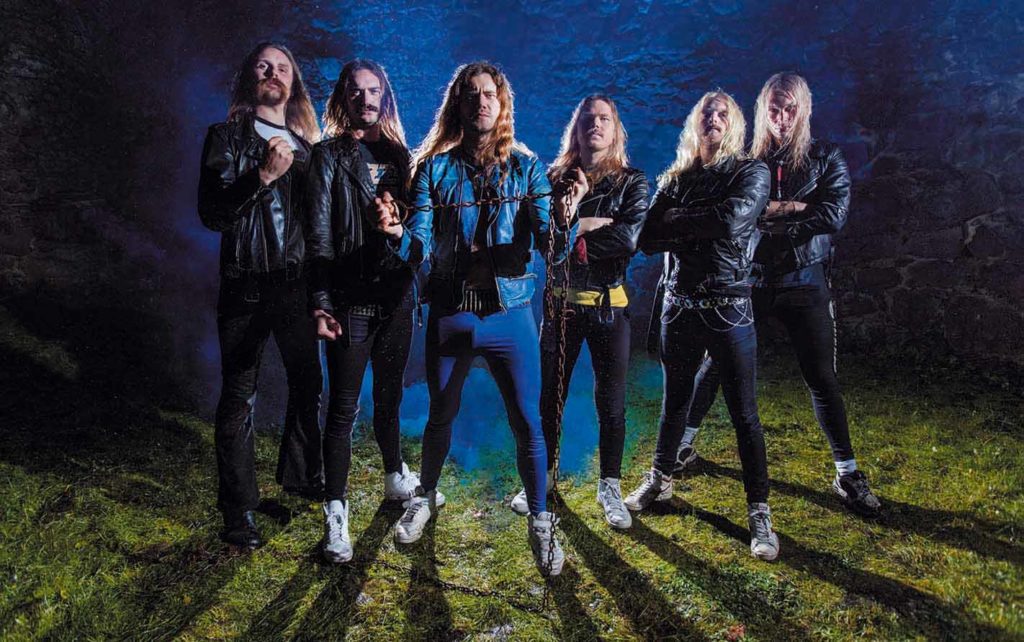