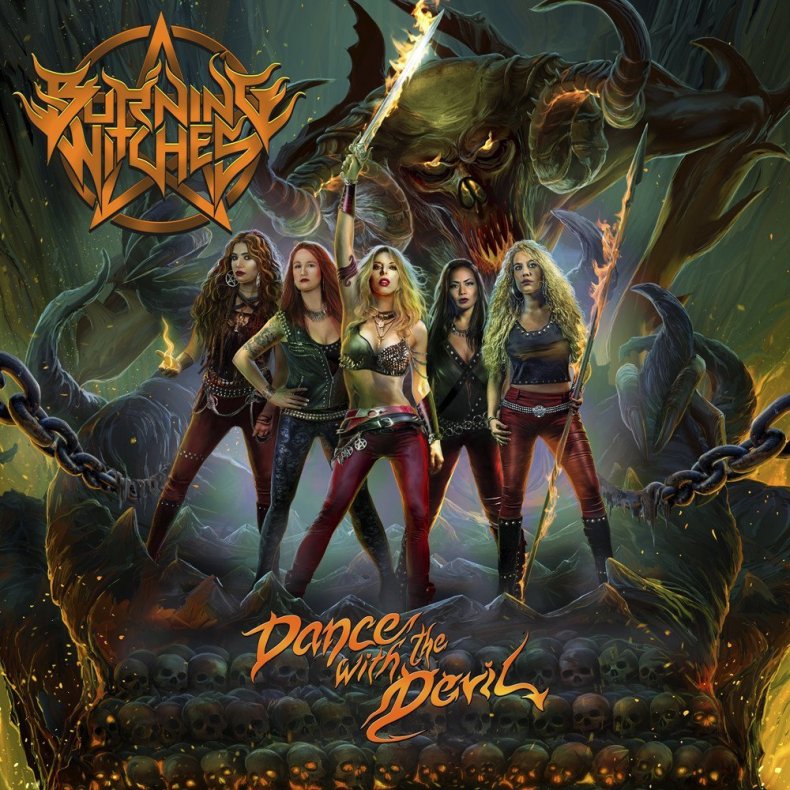 Burning Witches – Dance with the Devil

I fell in love with Switzerland’s Burning Witches when I discovered their sophomore album, Hexenhammer then later unearthed their self-titled debut. Hexenhammer was among my top 5 albums of 2018. The magic of Romana Kalkuhl’s fretwork and songcraft combined with Seraina Telli’s distinctively aggressive vocal acrobatics were mind-blowingly good. So when word came that Telli had departed to be replaced by former Shadowrise vocalist Laura Guldemond, I was crushed. Losing a vocalist is always difficult, and I could not imagine anyone living up to Telli’s style, ability, and verve. Still I dove into the band’s third effort Dance with the Devil with as open a mind as I could muster.

The record opens with a seemingly requisite instrumental piece, “The Incantation” before hammering into “Lucid Nightmare”. Drummer Lala Frischknecht sets the pummeling tone followed by driving riffage from guitarist Sonia Nusselder and the thrumming rumble of bassist Jeanine Grob. Kalkuhl and Guldemond dive into the fray as well. Sonically, the Witches haven’t lost an ounce of aggression or vitality. They shred and thrash like nobody’s business. Guldemond’s vocals have enough similarity to her predecessor to maintain sonic continuity, but she brings her own rawness and personality to the mix. While I personally don’t enjoy her quite as thoroughly as I did Telli, she undeniably holds her own.

The title track dances in next, full of punch and energy. Plenty of melody and hookiness swirl with muscular riffs and heavy rhythms mix a memorable chorus that will beg you to smash the repeat button. Wonderful fretwork on this one as Ramona and Sonia trade leads and deal out deft dual harmonies.

“Wings of Steel” opens in a swarm of buzzing riffage and a furious howl from Guldemond. Plenty of vocal harmonies abound and I hate to admit it, but Guldemond is growing on me. More catchy riffage and gritty vocals highlight “Six Feet Underground” with Guldemond roaring with seething ferocity.  Burning Witches is in full swing as we reach the album’s midway point, the balladesque and emotive, “Black Magic”. Six tracks in and already there’s been more tempo variety than their previous records.

The album’s latter half begins with the mammoth feel of “Sea of Lies” with its cinematic overtures and Teutonic undertones. Nusselder and Kalkuhl open with harmonizing guitars that embody elements of Iron Maiden and riffage that recalls Mercyful Fate. Frischknecht sounds more confident than ever behind the kit.

Throughout Dance with the Devil one can hear influences ranging from Judas Priest and Accept to a walloping dose of thrash. Yet there are moments of Europower as well, as highlighted on the raucous anthems “Sisters of Fate” and “The Final Fight.” Ultimately, the band sticks to its traditional metal roots with a heavy anchor in the Germanic sound, ala “Necronomicon.”

The album closes out with the brutally savage aggression of “Threefold Return,” followed by a dynamic and divine cover of Manowar’s “Battle Hymn”. The latter finds the Witches joined in cameo by Ross the Boss and Mike Lepond.

A dozen songs after I skeptically hit play on Dance with the Devil, I am sold on Guldemond’s vocals, and I’m thrilled to find this is Burning Witches best overall effort to date. Kalkuhl continues to write riffs and melodies that embrace and celebrate our 80s metal heroes while remaining vital and credible in a sea of retro wannabes. The ladies have managed to switch vocalists without losing a step, and have put together another ensemble cast of memorable headbangers and visceral performances. They may not be reinventing the wheel, but Burning Witches sure make you wanna go along for the ride. 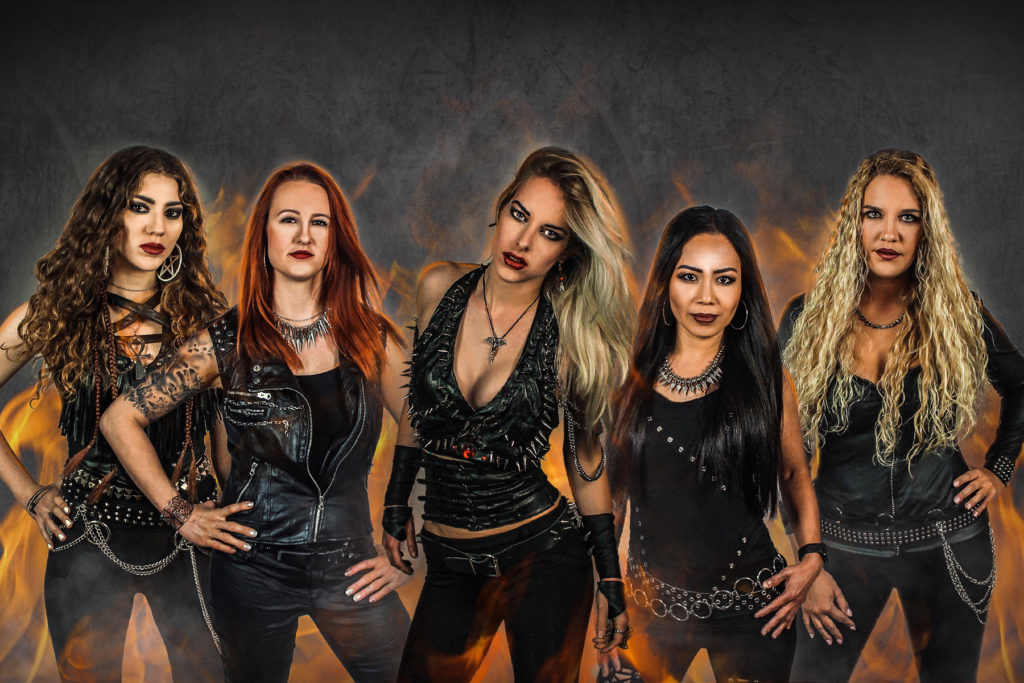