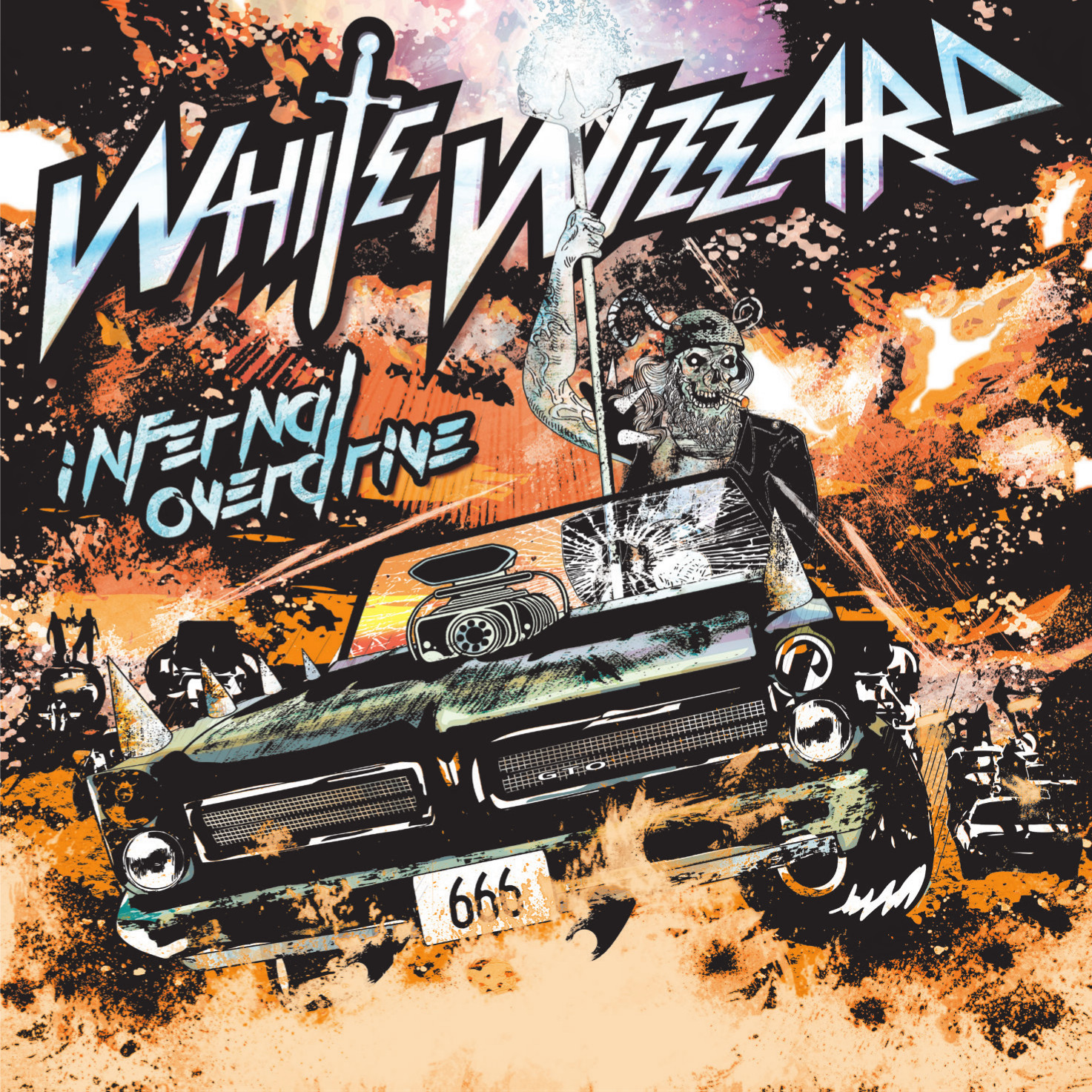 White Wizzard has always been a bit disconcerting for fans. Every release has marked a different line-up, with only founder, bassist, and principal composer, Jon Leon as the group’s anchor. That said, White Wizzard have never strayed away from their classic metal sound, and that is something the fans can appreciate. After the release of 2013’s The Devil’s Cut, the ill-fated release with vocalist Joseph Michael, the band split, leaving Leon to rebuild. He began writing new material and working on his own vocal abilities, releasing singles in 2014 and 2016, handling vocal duties and playing all instruments but the drums. Yet as the band closed in on its 10-year anniversary, fan-favorite vocalist Wyatt “Screamin’ Demon” Anderson and original guitarist James J. LaRue returned to the fold. With drummer Dylan Marks on board, White Wizzard has recorded what may be its best album to date, and certainly its best since 2010’s Over the Top.

While the signature style of White Wizzard remains intact on Infernal Overdrive, Leon’s songwriting has evolved and his love of progressive music has reared its head on this record. All of this is for the good, so fear not. The album opens with the appropriately titled opening track which kicks off with a flurry of soaring fretwork and a trademark wail from Anderson. Then we get a Priest style riff and biting vocal attack. Every member of White Wizzard shines here, and the song is a perfect choice to propel us into the rest of the album.

Leon takes the lead on the NWOBHM-esque anthem “Storm the Shores” with its galloping bass line and Maiden like guitar harmonies. “Pretty May” has a nice little Irish folk intro, that immediately charges headlong into battle. Just three songs in and the album is absolutely addictive, and LaRue’s blazing fretwork is on dazzling display.

Next up, the band shifts gears in a slightly more progressive direction, with back to back epic pieces. “Chasing Dragons” is a beastly juggernaut. All of the classic metal elements are here, but one can pick up Leon’s infatuation with old school Rush as well. In fact, this track might well be the bastard child of a Iron Maiden and Rush tryst with a little Satriani DNA tossed in by LaRue. The harmony vocals, tempo shifts, and emotive delivery by Wyatt are spectacular,  and the stick work of Marks is absolutely dynamic and on point. Meanwhile, “Voyage of the Wolf Raiders” sounds like a heavy metal soundtrack for an Indiana Jones sequel. That Arabian vibe can also be heard on the mid-tempo grinder, “Cocoon.”

Anderson channels his best King Diamond for the frenzied dust up, “Critical Mass” which segues into another progressive tempest, taking lyrical aim at those who would aim to judge or tear you down. The East Indian ethos continues on the winding ,“Metamorphosis,” before the band moves into the monolithic closing track, “The Illusion’s Tears”. Leon’s musical inspirations have never been difficult to detect, and his passion for Rush is on full display with this 11-minute opus. There is even a little 2112 meets Rainbow’s “Kill the King” homage happening at the 8:20 mark, intentional or otherwise.

Infernal Overdrive clocks in at just over an hour and the production by Ralph Patlan (Megadeth, Witherfall, Flotsam and Jetsam) is spot on. The return of LaRue and Anderson combined with Leon’s ever-improving songwriting craft has resulted in White Wizzard’s most important and meaningful record to date. Anderson’s voice is outstanding throughout, and LaRue’s guitar pyrotechnics are a balanced blend of tasteful and electrifying. Leon’s bass and guitar work is stellar, and Marks simply nails every track. In all, Infernal Overdrive is a perfect 10th anniversary gift for long-suffering fans and and those who appreciate damn good traditional and progressive metal. Here’s hoping that this is the album that takes White Wizzard to the next level, and that Anderson, LaRue, and Marks stick around.