The Newest Offering from BC fuzz Rockers Delivers on Every Level 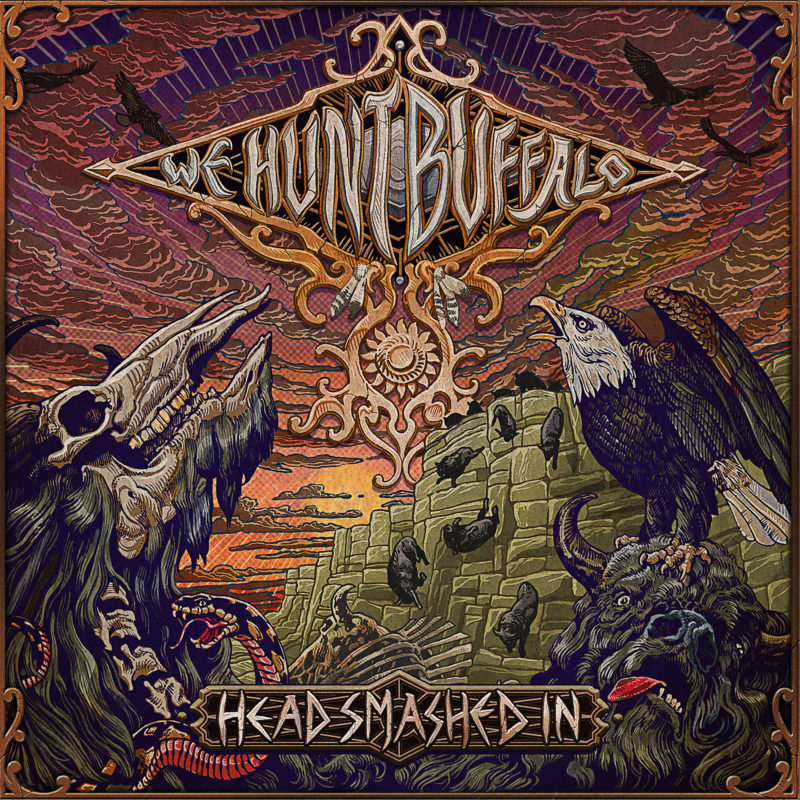 We Hunt Buffalo – Head Smashed In

Any time a band progresses, their fanbase might have a moment where they nervously hold their breath before a new album is released. Are they going to sound the same as they did on their previous albums? They haven’t gotten soft have they? Hopefully they haven’t completely abandoned the sound that they’ve had for all these years. They haven’t gone too experimental have they? Will the new album deliver???

The answer to this question in regard to Canadian grimey fuzz rockers, We Hunt Buffalo  is yes. Yes, they have grown. Of course they have progressed. They have refined their sound. And in no uncertain terms, yes the new album, Head Smashed In, delivers!

Having never listened to We Hunt Buffalo before being asked to review their new album, I took the opportunity to check out some previous releases in order to get a feel for the band and what their sound was all about. What I came away with was a heavy band, sometimes focused on speed, but always dirty. The fuzz was prominent throughout their previous albums!

Slow and Sludgey Wins the Race

So what’s changed between their self-titled debut, We Hunt Buffalo, their follow-up, Living Ghosts, and Head Smashed In? In my opinion, they grew more refined and focused on the best aspects of their last albums.

The first track, and first single, “Heavy Low”, starts off slow and sludgey. It’s exactly what you want from your fuzz rock. A deep, slow destruction of a song that hooks you in for the rest of the album. Opening the record with it was a great choice in my opinion because the song immediately got my attention. After one listen, I couldn’t get the chorus out of my head! I quickly moved on from track one all the way through to track nine without stopping once. Since I take my reviewing seriously, I always try to listen to a new album a couple of times so that I have the opportunity to dissect it and get an idea of what’s been presented.

In the case of We Hunt Buffalo, one listen quickly turned into two until eventually, by the end of the first day, I’d listened to the entire album about 9 times. That’s what makes this record so great. You can put it on repeat and feel good no matter how many times you listen to it in a row.

Often times, when you come across a new band, there’s a fear that something is going to be lacking in the delivery. Not with these guys! Every aspect of their sound is on point. One thing that I personally look for is tone. We Hunt Buffalo delivers tons of tone on this album! It just oozes out of every song. The entire record is dripping in thick, thick, sludgey tone! My personal favourite is the third track, “Prophecy Wins”. The whole track is laden with great guitar riffs piled on top of hard hitting bass lines and precision drumming. If you listen to this album without looking them up, you might be surprised to find out that there are only 3 members in the band. The wall of sound they create makes you think there’s no possible way it can only be 3 guys.

Changes for the better

So what changed between their older releases and this album you might ask? Well, to start off, on the previous albums, I felt like the vocals were a little bit too far behind the music. Vocalist Ryan Forsythe is one of the few metal singers that can actually sing! And his voice truly compliments the music that underlies his lyrics. I was really happy to hear his vocals a bit more up-front in the mix on the new album. As I mentioned before, the chorus on “Heavy Low” got stuck in my head after just one listen!

The other thing I noticed with the previous releases was vocal effects. On the last album, they seemed pretty prominent. I didn’t hate it, but it was done enough that I noticed it’s prominence on a few songs.

Head Smashed In has none of that stuff. The vocals are clear and crisp and just far enough ahead of the music that you can really hear what’s being said. This direction of leaving the vocals less processed really helps to keep the songs feeling honest. There’s a grit that simply cannot be faked and it comes through on every single song on this album.

If nothing else, Head Smashed In is an album that should definitely be added to your collection. There’s not one bad song on the whole album! As I said above, it’s really easy to put this album on and just keep rockin out to it repeatedly. That speaks to the depth of tone, the quality of the riffs, the no-nonsense lyrics and the killer presentation. Head Smashed In isn’t just another new album, it’s an album that has staying power! It’s a record that you’ll keep reaching for over the years. We Hunt Buffalo really killed it on this album. There’s nothing else to say. Nothing else I’ve listened to lately even compares. It hits you on such a visceral level that you simply can’t help but be drawn in. 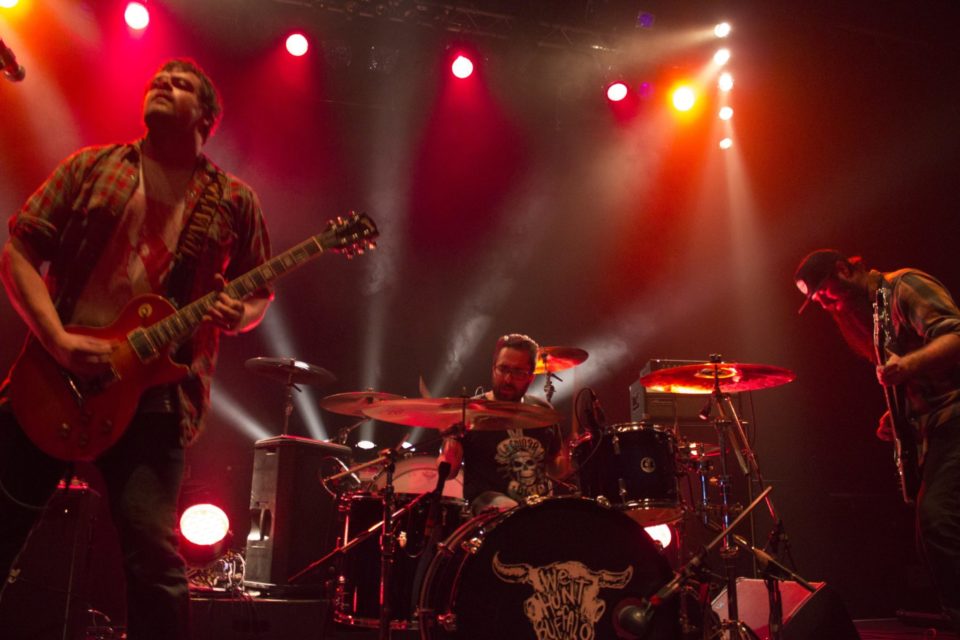 Continue Reading
album reviewsFuzzorama RecordsHead Smashed InNew Damage RecordsWe Hunt Buffalo
0
Share FacebookTwitterGoogle+ReddItWhatsAppPinterestEmail
Subscribe to our Newsletter
Sign up here to get the latest news, reviews and updates delivered directly to your inbox.
You can unsubscribe at any time