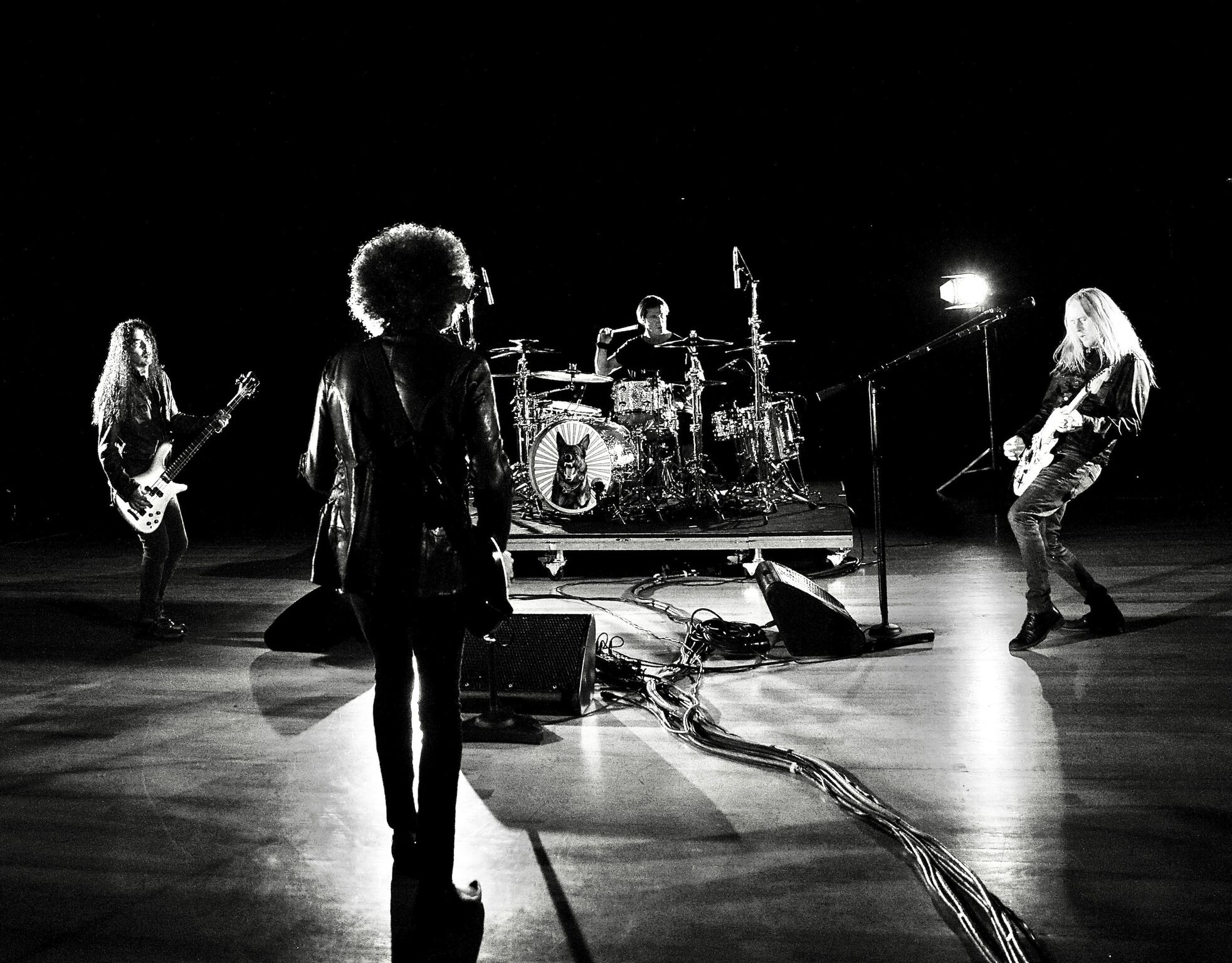 Back in May, Alice In Chains introduced new album Rainier Fog (BMG) by releasing “The One You Know,” a video directed by Adam Mason that featured an electrifying performance interspersed with cryptic cinematic scenes. Three months and a No. 1 album later, the band and Mason are furthering the storyline with a video for latest single, “Never Fade”.

The ‘Never Fade’ video is a continuation of ‘The One You Know,’” says vocalist/guitarist William DuVall. “The full story will gradually be revealed. For now, check out what we love to do best – play live and tell a story with our music.”

The multi-platinum quartet (vocalist-guitarist Jerry Cantrell, DuVall, drummer Sean Kinney and bassist Mike Inez) has spent the past several months playing sold-out shows around the world in support of Rainier Fog (click HERE to listen), which hit No. 1 across Billboard’s Rock, Alternative and Hard Music Charts and No. 1 on the iTunes Rock Album Chart. Tomorrow they take their traveling roadshow to Chile, then Argentina and they’ll wrap up their 2018 touring in Brazil. They’ll rev it up again in March with a string of shows in Australia.

Rainier Fog is Alice In Chains’ first album in five years and saw them record in their hometown of Seattle in more than 20 years (worth noting that the album title is a tribute to Seattle). They worked at Studio X, the same facility where they tracked 1995’s self-titled Alice In Chains album (back when the studio was known as Bad Animals). The Rainier Fog recording process also saw the band spend time at Henson Recording Studios in Los Angeles and at the Nashville studio of producer Nick Raskulinecz (Korn, Mastodon, Halestorm), . Rainier Fog is the third straight Alice In Chains album recorded with Raskulinecz and engineer Paul Figueroa. The album was mixed by Joe Barresi (Queens of the Stone Age, Tool).

ABOUT ALICE IN CHAINS

Over the course of their remarkable career, ALICE IN CHAINS have garnered multiple Grammy nominations, sold more than 30 million albums worldwide and amassed a diehard international fanbase whose members number in the millions. They remain one of the most successful and influential American rock bands of all time.

Continue Reading
Alice In ChainsRainier Fog
0
Share FacebookTwitterGoogle+ReddItWhatsAppPinterestEmail
Subscribe to our Newsletter
Sign up here to get the latest news, reviews and updates delivered directly to your inbox.
You can unsubscribe at any time