Idaho’s RISE OF THE FALLEN talk ‘Politricks’ and religion 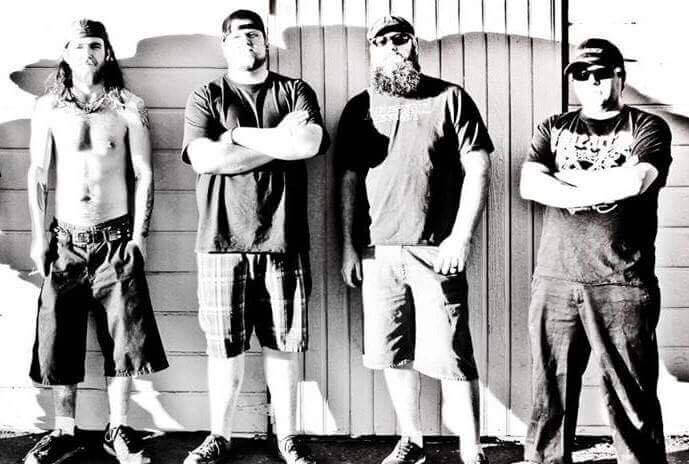 Rise of the Fallen has been among the Treasure Valley’s most buzzed about band’s the last few years. Formed in 2012 the quartet is fronted by the charismatic Kegan Stucki, and backed by the dynamic rhythm section of bassist Jeremy Franklin and band founder/drummer Scott Mifflin. Guitarist Daniel Rodriguez joined in 2014, in time to record the band’s self-titled, 10-track debut. This month, Rise of the Fallen has unleashed its new 3-song EP, Politricks. We caught up with Rodriguez to chat about the band, the Boise metal scene, and the new EP.

Tell us about the band’s new recording.

“The new EP is three new heavy, ass-kickin songs, recorded mixed and mastered by Blaine Johnston at A New Level Recording. Honestly, I feel they are heavier and more aggressive than anything we have done to date. We really wanted to showcase our new abilities as a four piece and give the fans something new to listen to that outlines our new aggressive style.”

How do you think the band’s sound has evolved over the years and how has being a quarter impacted your sound, if at all?

“I think we have gotten heavier and more technical and experimental throughout the years. Being a quartet has really given us a tight, powerful sound.”

So was it strange for you to handle all the guitar work in the studio this time, or did Kegan strap on his own guitar and help out?

“Nope, I got to do all the recording. It was awesome. We really prepared hard for these tracks and I think they came our great. Got to record it all on my Rivera M60 which I think really added great sound and dimension to the songs.” 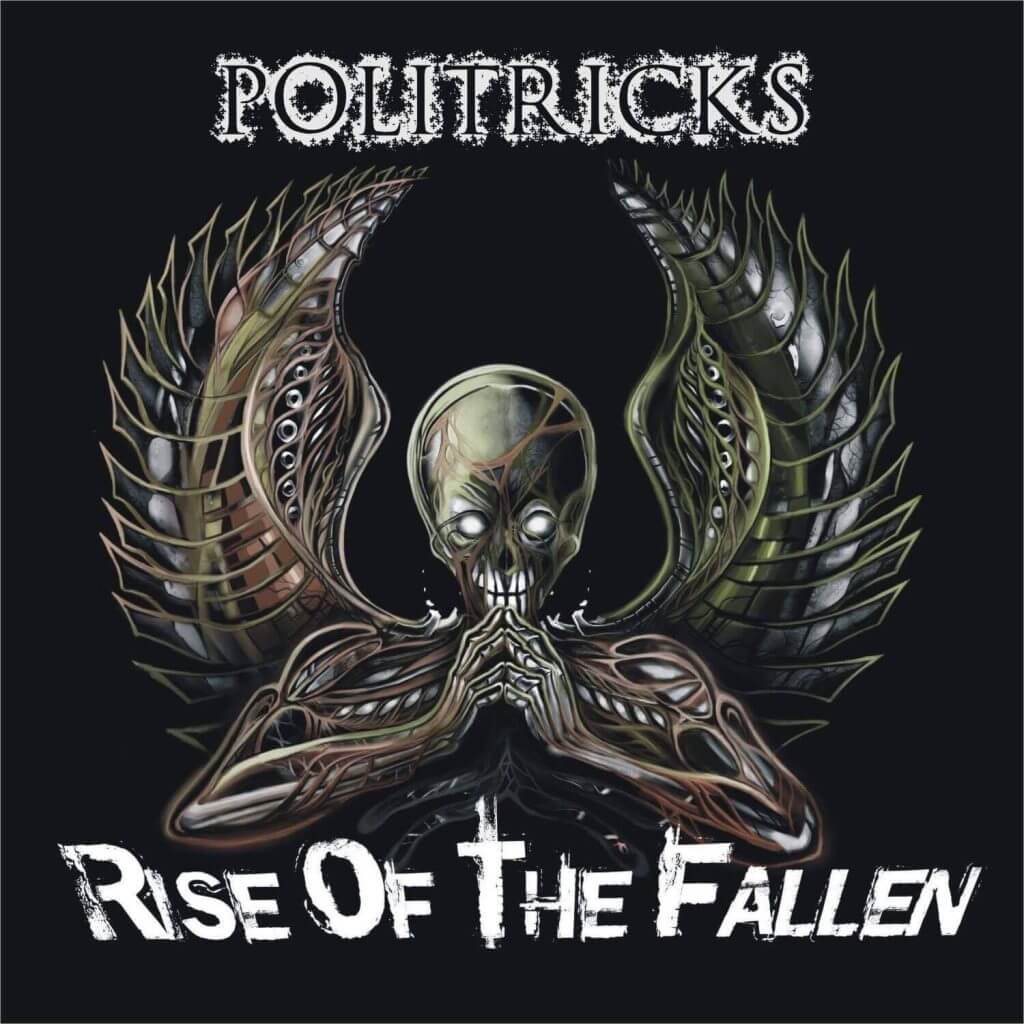 Tell us about Politricks, the title track.

“‘Politricks’ is a thrash meets hardcore punch you in the gut track that really pushes the tempo harder than we have in the past. It addresses an issue in our country of misinformation from our leaders and corporate controlled facets of media.”

“Haha, yeah it may have been fueled by all the hate turmoil and the overall feeling of our people being divided over this last election season.”

The feel in this country truly feels divisive at the moment, to be sure.

Exactly. So tell us about the other two new tracks.

“The second track on the EP is one we’ve played live before but has just been recorded for the first time it’s titled ‘No Lord To Follow.’ Again, its kind of a dig at leadership in today’s day and age, this time aimed at organized religion and an overall feel that we are here to make our own decisions and our own paths.”

Regardless of one’s faith or spirituality…beliefs, organized religion can be as divisive as politics.

“Exactly, and there seems to be an overall feel of abandonment brewing among younger people. They literally have no lord to follow. Really the underlying theme is becoming self-reliant regardless of your chosen religion.”

And the third track?

“The last track is called ‘Survivors Are We’ and to me is a reminder of how strong the metal scene is and how the ‘Survivors’ that hold it together have made it that way. We’ve all been through so much. In some way we have been driven towards heavy metal because of trials and tribulations. It may be just being an outcast from your peers for being different or gifted or it may be that you have lived through some truly trying and difficult times. Whichever it is the strength in us that’s left over seems to drive us together through music that expresses what we’ve been through. When we play a crowd we acknowledge that every person from the front to the back of the crowd has seen more than their fair share and we celebrate that strength through this song.”

Boise does have an amazingly tight metal scene, where the majority of the bands and fans are very close knit.

“It’s been a great ride to be a part of it all. So many hard working musicians fans and promoters. We love our scene.”

It leaves one a bit awestruck when you see the camaraderie which most local scenes do not have.

“That’s what I love about our scene. You see the same faces at so many shows. We all support each other. There has never been that ugly competition that I hear about in some scenes. We acknowledge that if we are meant to rise it will be together.”

And when we lose one of our own, whether in a band or a supporter, as we did this weekend with Pepper Vienola; it’s felt throughout the scene.

“We are a family inside and out. Pepper will be missed greatly by everyone that knew him. My condolences to his friends and family. I know that the Family in Black has felt this loss the hardest. Love my brothers in the Black Tooth Grin family.”

Speaking of recent losses, were you a fan of or impacted by the loss of Chris Cornell?

“Absolutely, Chris’s death came as a shock to I think most of the musical world. Soundgarden‘s Superunknown was I think one of the first 3 albums I ever owned. As one of the first bands to really explode the Seattle scene in the 90’s and with his own sound and voice he has always been an inspiration and someone to look up to.”

So much death lately.

It’s sobering how many of our musical heroes have passed on lately.

“Truly, and so many to drugs and suicide. Heart-wrenching to think of the demons we all carry around with us. To see someone like Chris Cornell all these years later still lose the battle… sobering is a great way to put it.”

So when does Rise of the Fallen hit the stage next?

“We’ve got some shows being put together right now that might take us out of town with one of our favorite touring bands. The dates haven’t been completely hammered out yet but they should be announced soon.”

Thanks to Daniel Rodriguez for checking in on all things Rise of the Fallen. 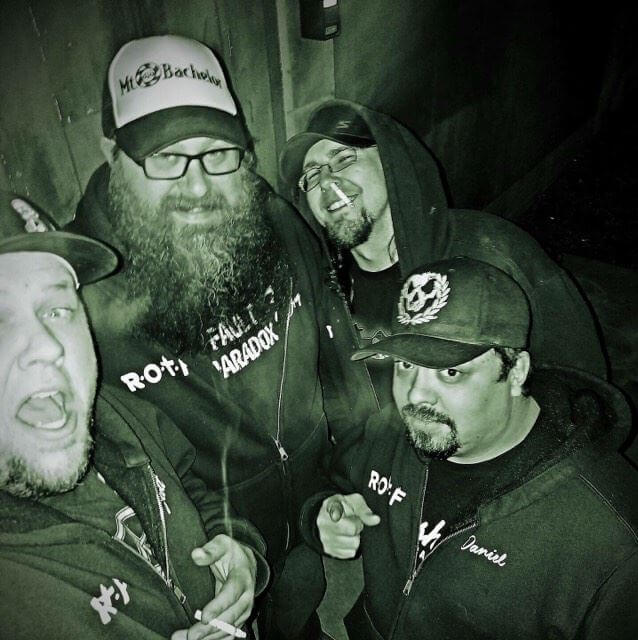