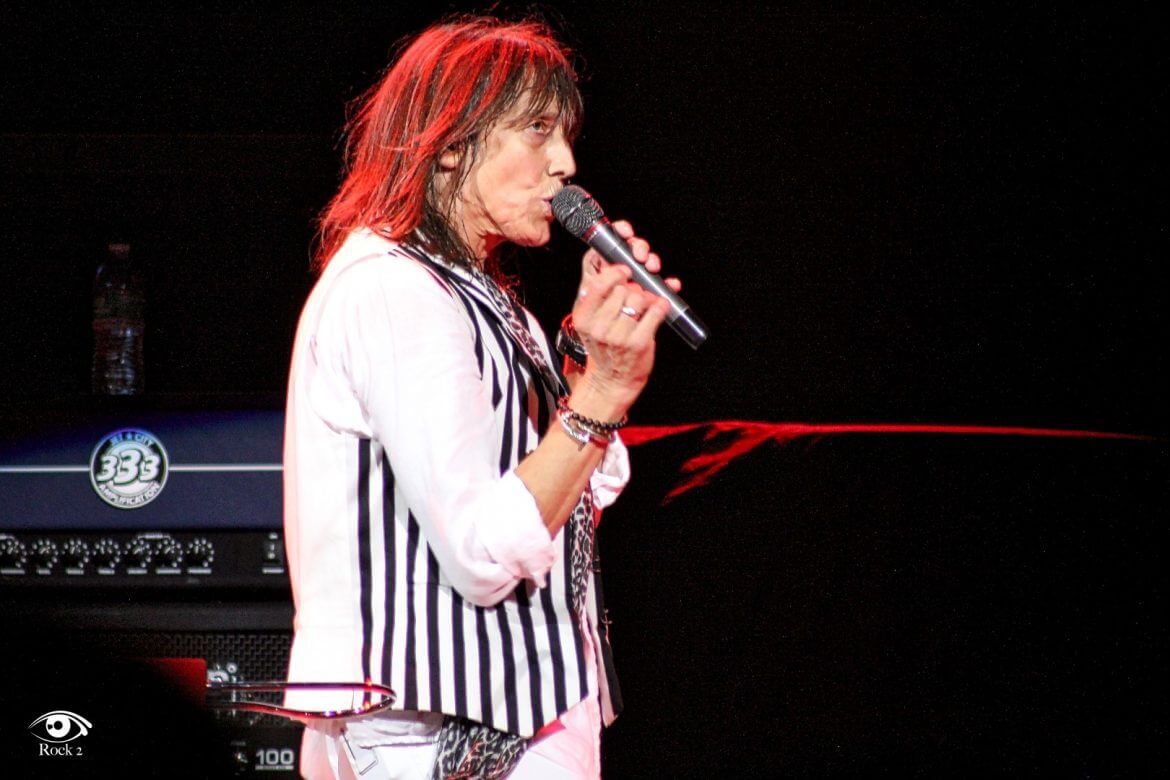 From the first spiraling guitar notes of “Modern Day Cowboy” in 1986, Sacramento’s Tesla struck a chord with hard rock fans who had grown bored with the Los Angeles hair metal scene. With the release of the band’s debut album, Mechanical Resonance, it became clear that Tesla was a breed apart. Their songs had a visceral and organic feel based in the bluesy and psychedelic roots of past generations. Vocalist Jeff Keith, bassist Brian Wheat, drummer Troy Luccketta, and guitarists Frank Hannon and Tommy Skeoch, were just five laid back guys that loved to play music. There was a passion for the music, not the imagery, that always made Tesla feel genuine to the fans. Over three decades later not much has really changed; guitarist Dave Rude took over for Skeoch in 2006, but the Tesla style and sound remains raw and vital.

Having just completed another tour with their friends in Def Leppard, Tesla went back into the studio this spring to record its eighth studio album, and this time around Def Leppard and Man Raze guitarist Phil Collen has signed on to produce the record. This week we caught up with Jeff Keith to get an early look at the new album and his thoughts on working with Phil Collen.

Jeff Keith is one of rock’s true gentlemen. He is a humble, laid back but upbeat human being, and that sincere, positive energy comes across in his music and when you watch him perform. Keith has spent over half his life fronting Tesla.

“I know, I know,” Keith laughs. “We’ve been together longer after getting back together in 2000, then our whole career before we broke up in ‘96. Which we didn’t really want to do, but things just happened the way they did. But, yeah, things are going great; 31 years later we’re feeling like we’re going stronger than ever. Everything is going fantastic in the Tesla world.”

Tesla recently wrapped up another nationwide tour with Def Leppard, a band they have been good friends with for three decades. So much so that Tesla wrote a song about Def Leppard’s late guitarist Steve Clark. In return, Clark’s six-string partner Phil Collen, recently wrote Tesla’s latest single, “Save That Goodness.” When the bands came off the road, Tesla went back into the studio to write and record the follow-up to 2014’s Simplicity album, and Collen joined Tesla as producer.

“It’s gonna be great. It’s gonna be just sonically amazing,” Keith offers of the new, as yet untitled album. “You know, with Phil Collen, Def Leppard’s guitar player—he’s got all these different ways of approaching recording. Like we may be working on three different parts of three different songs in one given day. Usually we’ve been known pretty much for just working on one song and kind of finishing it and going on to the next. With Phil, it was great. We just bounce all around and record something, go home and chew on it, come back in the next day or two and try some different things. He had us trying a whole lot of different things we didn’t really know how to do, or had ever tried. So it was really exciting to make it with him, and we’re just finishing up with it, and having a blast. He’s such a great guy, a great person, and a great producer.”

Collen’s impact on Tesla and the new album goes far beyond his role as producer.

“He wrote a lot of the stuff with us,” reveals Keith. “He really took us under his wing. He’s like our big brother, and is really passionate about the band Tesla. He wanted to help us make this great, sonically sounding record, with great songs, and we feel that we’ve hit the mark.”

Working with Collen on the new album is almost a dichotomy in contrasts between Tesla’s organic, laid back style in the studio, and the perfectionist production of Def Leppard who have been known to spend years rather than weeks, working on an album.

Keith laughs, “Right, especially these days with Pro-Tools, you can just go way overboard. So we still keep that live, raw feel. With Tesla that’s how we’ve always recorded our rhythm tracks; we’re live, raw, together, and then add to it. So with Phil, he’s got all these different approaches on things, and he really got us to try some things we never would have thought of, much less tried. With this new record, it is a collaboration; he’s like the sixth member of the band. He really brought the best out of us as a good producer will do.”

Over their time on the road with Collen and Def Leppard, a mutual respect and bonding has formed, and that has resulted in special chemistry.

“When you work with somebody,” offers Keith, “you’ve got to like them as a person. Because you’re on stage or you’re in the studio for all these hours, and if you don’t like the person as a person, it just doesn’t work. But Phil is just such a great guy, and he’s easy going and laid back, and makes you feel relaxed and comfortable at trying new things. So the chemistry is just amazing.”

Tesla are getting ready to head out on the road again, this time on a string of headline dates. Choosing a setlist is always a tough task when a band has a catalog of songs as strong and deep as Tesla has built over the years. Add to that the question of whether or not to share the new music in concert before the album is released.

“There’s been talk of that from what I understand,” Keith admits, “You know, honestly I’m just the guy they hand the mic to after 31 years and it’s still working, and some of the technical stuff I don’t know so much, but I have heard through the grapevine that there is a possibility that we might be throwing in one of the new songs. I don’t know if it will be on this current run, but there’s a possibility we’ll be paying a song from the new record, which is supposed to be coming out early next year. That being said, going back to the idea of playing one or two songs from the new album, I’m excited to do it. I’m definitely excited next year when the album comes out to really push it hard.”

Check out the full interview with Jeff below and catch Tesla on tour this summer.

Idaho’s RISE OF THE FALLEN talk ‘Politricks’ and religion