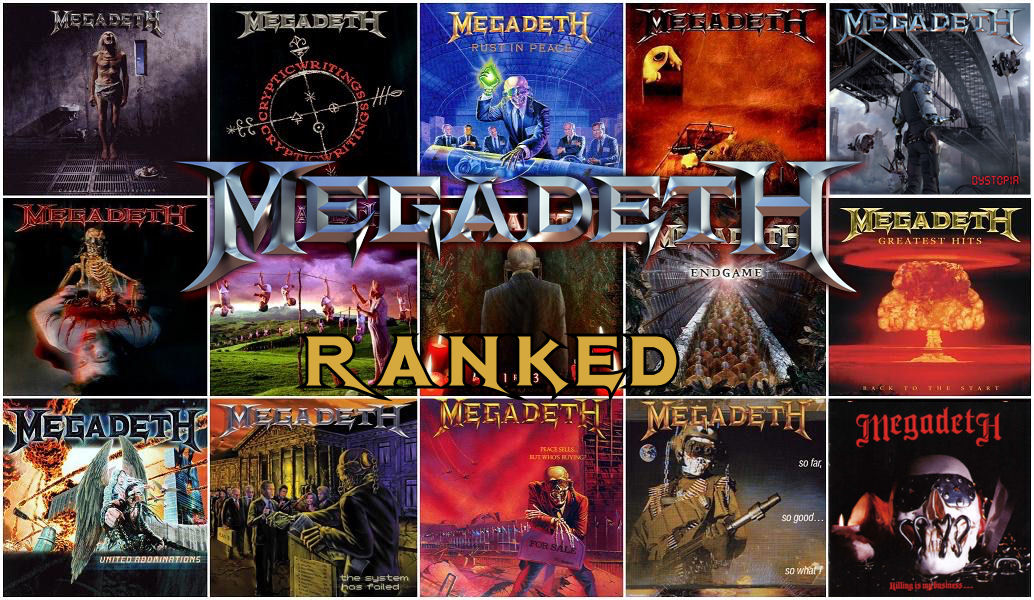 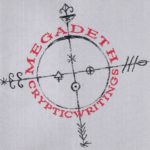 In the prelude to the album, Megadeth went into the dead space of mid 90’s thrash, and 3 years since their last effort (1994’s seminal Youthnasia), they released their most eccentric album to date. Containing signature Mustaine thrash songs like “Vortex” “Mastermind” and “Disintegrators”, as well as more melody driven cuts like “I’ll Get Even” and “A Secret Place”, Cryptic Writings foreshadowed the band’s willingness to experiment outside of metal. Despite the terrible “Almost Honest”, the album does sport the two classic tracks “Trust” and “She-Wolf”. 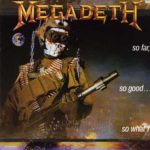 If it wasn’t for the recent resurgence of the band, this classic album would have placed higher, for it is a personal favorite for many hardcore Megadeth fans. Their most punk sounding album; songs like “Liar,” “Set The World Afire,” and “Mary Jane”, make it pure thrash. The album suffers from a muddy sound, and the remastered version sounds cleaner. Wind instruments like the horn, originally buried in the mix, reveal another layer to the powerhouse album opener, the classic instrumental “Into The Lungs of Hell”. “Hook in Mouth” is an overlooked classic, and would be a treat live. 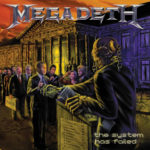 This was the first of three Megadeth albums not to feature the band’s original bassist and co-founder David Ellefson; it does, however, have the band’s legendary guitarist Chris Poland manning the solos, and even though he was one of the 3 other session guys Mustaine hired for the album (originally penned as a solo project), having Chris Poland play on another Megadeth album is a treat. The System Has Failed is brimful of great unpretentious songs, and over all would have been a great follow up to Cryptic Writings or Youthanasia; Dave’s mission was clear, true to himself, he gave us great new thrashers like “Blackmail The Universe,” “Kick The Chair,” and “Truth Be Told”, and in the process regained some of the credibility he had lost with the last two efforts. Before this release, the band was embroiled with personal lawsuits personal strife and physical injuries, so much so, everyone thought Megadeth was over with; everybody thought so, everybody except Dave Mustaine. 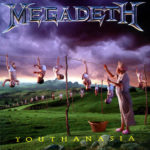 This is the band’s second highest selling album, and for good reason. The album was partly recorded as a band, as opposed to the more traditional way of strictly tracking individual instruments. Luckily for music, the technique captured the magic that Nick Menza, Marty Friedman, and the two Daves had. Classic cuts like “Addicted To Chaos” “Reckoning Day” “Train of Consequences”, and the cooking “Victory”, are reasons enough for why they teach this album at Heavy Metal University. 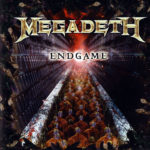 Another album without Mr. Ellefson, and featuring the classically minded virtuoso guitarist Chris Broderick, and Megadeth, a band whose mired comeback was respectable enough up to this point, goes forth and delivers a thrash album akin their classics. Instrumental opener “Dialectic Chaos”, the ferocious “This Day We Fight“, and the speedster “1,320”, all contain licks reminiscent of the band’s glorious primeval days. Shawn Drover holds the fort well, and has his most impressive showing behind the drum kit for the band. There is an excellent flow to the album, and the production lends itself towards a warm almost muddy sound, and with the songs at hand, it works. Dave goes off into the deep end with the title track, though he’s telling a story, and it’s a great song. The album does sport a terrible cover, the wreath of flies and the back of band mascot Vic Rattlehead, and it looks like a bad Christmas card; it’s only important because they’ve had such great Dali‘esque artwork in the past; though the music is great.