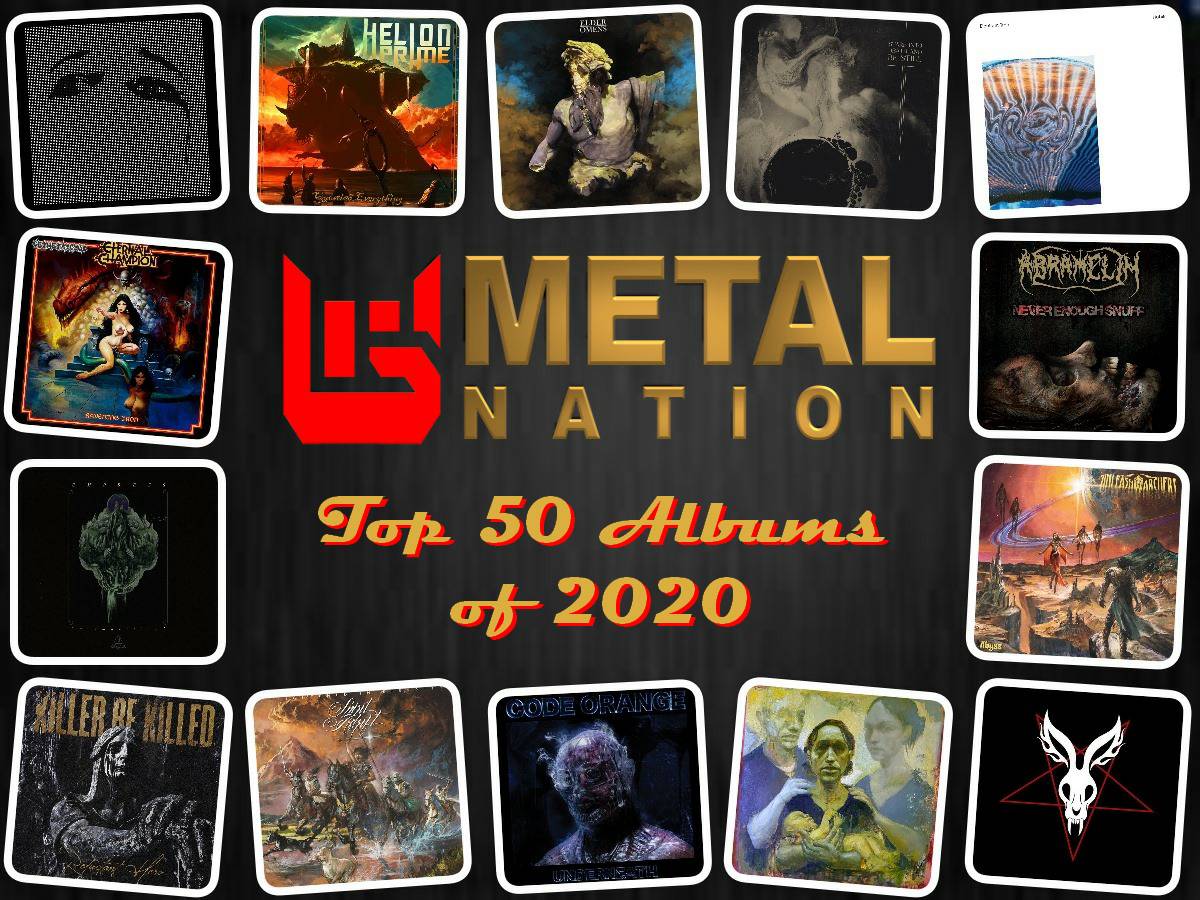 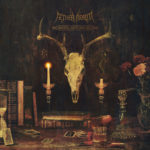 Redneck Vikings from Hell is insane. Melodic death metal Vikings; Vincent (Jake) Jones (bass, vocals), Heinrich Arnold (guitar, vocals), Tyler Gresham (drums), and Donny Burbage (guitar), have done something so spectacular, it is difficult to not be constantly in awe of the outcome. To have the capability of going from fun and quirky music with flawless musicianship, to crying because of feeling so understood and tackling an important topic like mental health, to heavy banging your head impressive metal, back to having a good  ol’ time, yet making sure it flows to where your brain doesn’t short circuit, is a damn remarkable feat. It it an incredible musical journey and a complex mixture of all metal has to offer wrapped in one metallic, brutal, bow. I have listened to this album, possibly more than any others this year. It is a trip, and a great one at that. -NRR

19. Napalm Death – Throes of Joy in the Jaws of Defeatism (Century Media) 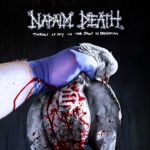 Birmingham’s titans of grindcore are back at it in 2020 and as age and wisdom often bring to the creative process, the guys are taking more risks and expanding their sound on the brilliantly titled, Throes in the Jaws of Defeatism.  Napalm Death prove that grindcore doesn’t need the same description for every album and they’re willing to experiment to push what those boundaries are. The band serve up plenty of their trademark pulverizing rage and aggression such as on the title cut, “Fuck the Factoid,” and “Zero Gravitas Chamber,” but they also take some intriguing left turns such as found on “Invigorating Clutch,” “Joie De Ne Pas Vivre,” “Amoral,” and “A Bellyful of Salt and Spleen”. Vocalist Barney Greenway delivers his usual full-throated caustic assault. Sixteen albums in, Throes Of Joy In The Jaws Of Defeatism still comes out sounding fresh and inspired. – BB 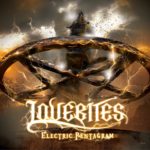 Japan has been building a booming metal scene for years, and what may astonish some is how many of these bands are all-female. I’ve been a fan of Tokyo’s Lovebites almost since its 2016 inception. Electric Pentagram is the band’s strongest effort to date and represents its third full-length studio album. The prolific quintet continues to grow and evolve its unique blend of traditional and power metal elements. The quintet is quickly proving to be a modern metal force and Electric Pentagram boldly declares its collective intent. The musicianship is exceptional, the songwriting speaks for itself, and Asami’s vocals continue to improve with each record as well. From the crushing opener, “Thunder Vengeance” to the anthemic “Raise Some Hell,” to the energetic and aggressive, “Swan Song”, Lovebites deliver almost an hour of riveting headbangers. – RR 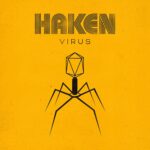 Haken is a monument to sonic metamorphosis. The British prog masters are never content to ride their own coattails. Every album is a testament to growth and expansiveness and Virus is no different. A companion album to its predecessor, Vector, Virus continues the theme of controlled chaos throughout the frenzied whirlwind of dense performances and nuanced layers. The musicianship is unworldly, and every performance hits the mark. This may be the band’s strongest and most complete overall effort, and certainly its best since 2013’s masterful The Mountain.  Haken has taken everything wonderful about Vector, amplified and improved upon it, and given us one of 2020’s most enjoyable prog affairs. – RR 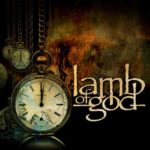 Fans and critics alike seem torn over Lamb of God’s eponymous offering. Some hail it as their best album yet, and some have hailed it as formulaic and bemoan the band’s lack of creativity. The departure of Chris Adler is often cited as a sign the band is serving up diminishing returns. First, let’s note that Art Cruz (Winds of Plague) has stepped onto the throne left by Adler and sonically it is hard to tell he’s gone. He nails the LoG style impeccably. Lamb of God is crackling with plenty of catchy, groove-filled, thrashy bangers that any metalhead will dive into the pit for. Randy Blythe and company remain masters of the genre. Are there some formulaic tracks, perhaps, but AC/DC has made formulaic an art form, and that doesn’t stop us from loving every riff of it. What I look for in a top album first and foremost is did I enjoy every single track on it? Are they all top-notch quality songs? In the case of LoG I can wholeheartedly say YES. – TM

2020 was a crucible of a year for many people, myself and family included. I missed out on a lot of new metal this year, but Lamb of God was one highlight that did not escape my attention. Moving forward without a founding member is always a tricky move, especially when you have a signature sound. However, Lamb of God are tighter than ever on their self-titled eighth studio album and it’s very evident they’re here to stay. – JS 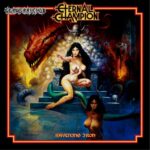 Texas old school metal alums, Eternal Champion follow-up their critically acclaimed 2016 debut, The Armor of Ire, with an album equal to if not stronger. In fact, there are already a half-dozen reviews of Ravening Iron since its November release on Encyclopaedia Metallum with an average score of 95/100. That’s spectacular and not unwarranted. Whether in the vein of old school masters or modern retro heroes, Eternal Champion has found its own recipe for memorable traditional metal. In a year that cried out for windows of escapism, Eternal Champion crafted a record that opens the door to an era of denim, leather, and the desire to ride into epic battles far from the mindless drudgery of pandemics, social media, and politics. Raise your war horn, grab a sword, and saddle up for this effortlessly epic record. – RR

Melbourne’s Abramelin is one of those band that never got enough respect and should’ve been a lot bigger in my opinion. I got their 2000 sophomore album, Deadspeak about a year after it came out and loved it, then back tracked to their earlier material and was blown away! Sadly, the band went on a two decade hiatus after Deadspeak. Two decades after that incredible record and the band is back, with four original members along with Psycroptic’s David Haley on drums. With Never Enough Stuff, Abramelin drop a fucking nuclear bomb!!! I’m completely blown away again! Never Enough Snuff is an incredible, almost a flawless album and hands down my album of the year! Plain and simple, THIS IS DEATH METAL. Everything you’d want in death metal is here. The more I listen to it, the more I love it! Probably the best death metal album from start to finish I’ve heard in the past decade. Hopefully it won’t take 20 more years for the follow-up. – BB 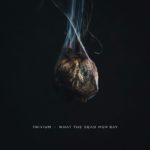 Three years afterThe Sin and the Sentence, Florida’s Trivium return with what is arguably the band’s heaviest and most progressive offering in its 20-year career. On What the Dead Men Say, they have celebrated their influences while simultaneously cementing their own signature. One senses on What the Dead Men Say that the band is comfortable in its own skin at this point. They understand who they are and emphasize their strengths. This is the culmination of the band’s experience writing and touring, plus the addition of drummer Alex Bent’s raw vigor into the creative process. This is a statement album; “This is Trivium. This is who we are.” In that declaration, they have freed themselves of outside expectation and leaned into what they do best. That is why this album and this band are among the best that modern metal has to offer, and why Trivium is poised to be a dominating force for at least another decade. – RR 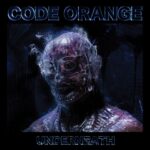 Pittsburgh’s punk hardcore heroes continue along their visionary journey with Underneath. The album finds Code Orange expanding its palette into numerous metal subgenres; metalcore, nu metal, alternative, and grunge with heavy industrial overtones. The quintet remains angry and aggressive even as they delve into darkly dramatic and intense soundscapes that are at times disorienting. Chaos and nihilism abound.. There is an almost tactile feel to the record that impacts the overall sense of the record. It is somehow alive as if you could reach out and touch the music. There is also a disturbing quality to it, and the band has referred to it almost as a soundtrack for a psychological thriller. Whatever the goal the band had in mind, they have once again delivered one of the best heavy records of 2020. – RR 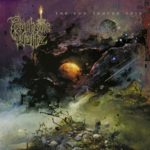 Psychotic Waltz dropped four albums in the 90s before disappearing until 2010. It then took the band a full decade to deliver its first album in almost a quarter century. The God-Shaped Void is the most cohesive and diverse of the group’s five records released to date. The sometimes chaotic energy of A Social Grace and Into the Everflow have given way to somber focus and emotive exploration found here. Where youth provided the band a visceral and aggressive abandon, maturity has gifted the group with wisdom and concise songcraft. Each end of this spectrum makes for creative ingenuity, and The God-Shaped Void is arguably better for the depth that the perspective of time and experience brought to the process. There are no weak tracks on this record, and while the listener may find some that stand out for them more than others, The God-Shaped Void should be taken as whole to be fully appreciated. – RR