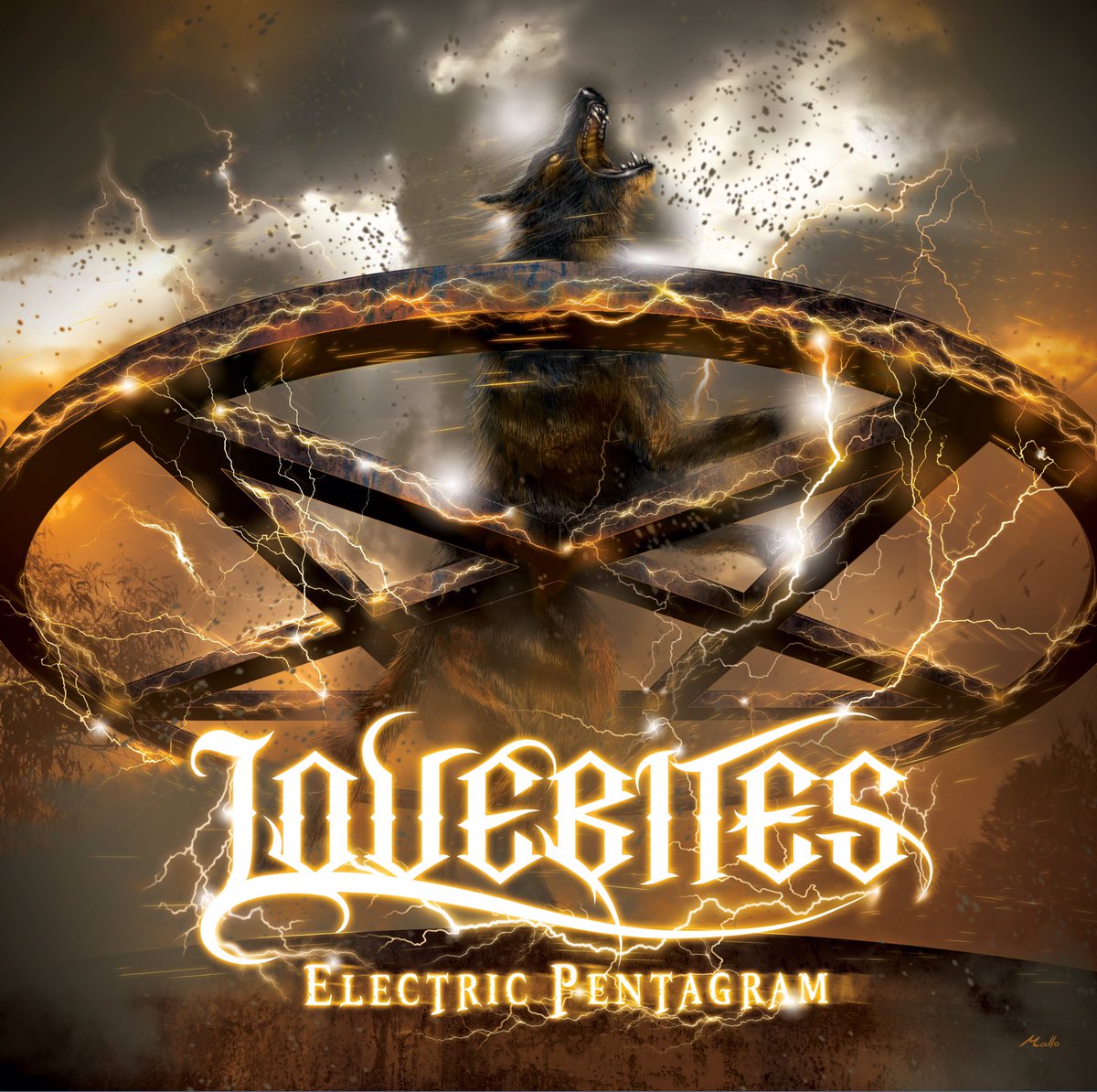 Japan has been building a booming metal scene for years, and what may astonish some is how many of these bands are all-female. I’ve been a fan of Tokyo’s Lovebites almost since their 2016 inception and 2017 debut, Awakening the Abyss. They deliver a combination of raging modern power metal with traditional and thrash elements.  The quintet is fronted by the forceful soprano vocals of Asami and the dual guitar attack of Midori and Myako, while backed by the rhythmic thunder of bassist Miho and drummer Haruna. Lovebites will draw immediate comparisons to Iron Maiden for their harmony guitars and galloping bass lines, but they pack an all-around hammering wallop of the best that metal evokes.

The ladies return in 2020 with their third full-length studio album, Electric Pentagram, which should put the band on the global stage. This is the follow-up to the group’s 2018 breakout, Clockwork Immortality. The band have been prolific to begin their career with three studio albums, two EPs, and a double-live release. One worries that Lovebites might run out of steam or creative juice, but Electric Pentagram is not reflective of such a slowdown.

The album opens with “Thunder Vengeance” which is aptly descriptive of the sonic assault about to unfurl from your speakers. Thrashy, and explosive, Lovebites erupt like a heavy metal cyclone. The drum work from Haruna is absolutely furious and pummeling–something that carries across the entire record. The production is full and the band is loud, and it is just what you want on a metal album.

The band shifts gears with the somewhat symphonic bombast of “Holy War”. The keyboards, courtesy of Myako, get extra attention here, but the wall of sound in monstrous and the pace remains relentless. Miho and Haruna are propulsive beasts. This is followed by “Golden Destination” which resonates with those aforementioned Maiden-esque guitars and galloping rhythms. Fist-pumping glory and dynamic shredding with a massive chorus.

You made need a breather if you’ve made it this far, but suck it up buttercup, because that ain’t happening. Lovebites unleash a raging anthem with “Raise Some Hell”. The onslaught is almost violent with its fierce tempo. A spider-like riff bridges to the fiery guitar solos from Midori and Myako and it’s like lightening unleashed. “Make some noise! Raise some hell!”

Finally, a moment to ring out the sweat and take a breath…Well, that didn’t last. “Today is the Day” slows the pace, but only slightly. There is a chunky riff on this one and the velocity is slightly less frenetic, but that’s exactly what the album needs at this point. Asami shines on this track, letting her vocal acrobatics ascend the sonic fray thrashing away below.

The band amps up the power metal ethos for the epic track, “When Destinies Align,” replete with plenty of gouda and brie of the over-the-top grandiosity that Blind Guardian or Rhapsody might serve up with less muscle and verve. The blasphemy.

“A Frozen Serenade” rings in with swing and swagger, lending some diversity to the Lovebites sound. Here the band plays with some restraint and Asami’s vocals soar with a sense of poignance. Myako delivers a tasty acoustic solo that further distances the song from the rest of the record, and the piano adds depth. This is as close to a ballad as the band gets, and it’s still got more hair on its chest than many of today’s testosterone-fueled metal bands. Those twin guitars fucking slay.

“Dancing with the Devil” may be a tired song title, but the song has plenty of energy and embraces that 80s hair metal groove. Elsewhere, “Signs of Deliverance” gives off those classic European vibes while “Set the World on Fire” has more of a Teutonic thrash sensibility to it that’ll rip the flesh from your bones with its blistering attack.

Lovebites moves into an upbeat jazzy groove for “The Unbroken” which makes me think of the Steve Vai and Billy Sheehan era of David Lee Roth, but with more bluster and grit, and certainly more metal. This takes the album into its literal “Swan Song”. Over an hour in and the quintet are still as energetic and aggressive as they were to begin the album and once the final notes ring out, even a 20-something methhead is going to need to sleep it off. This is perhaps the only real criticism of this album. Electric Pentagram is 12 songs and 70 minutes deep and the pace throughout is as fast and bombastic as anything I’ve heard, and it can wear you out. The listener almost needs breaks to absorb it all. That said, there is not a track on this record I would give up, so I’ll recommend a good stretch before you hit play and remember to stay hydrated.

Lovebites are quickly proving to be a modern metal force and Electric Pentagram boldly declares their collective intent. The musicianship is exceptional, the songwriting speaks for itself, and Asami’s vocals continue to improve with each record. Electric Pentagram delivers on the promise of Awakening the Abyss and portends many more albums to come packed with heels to the steel fury. 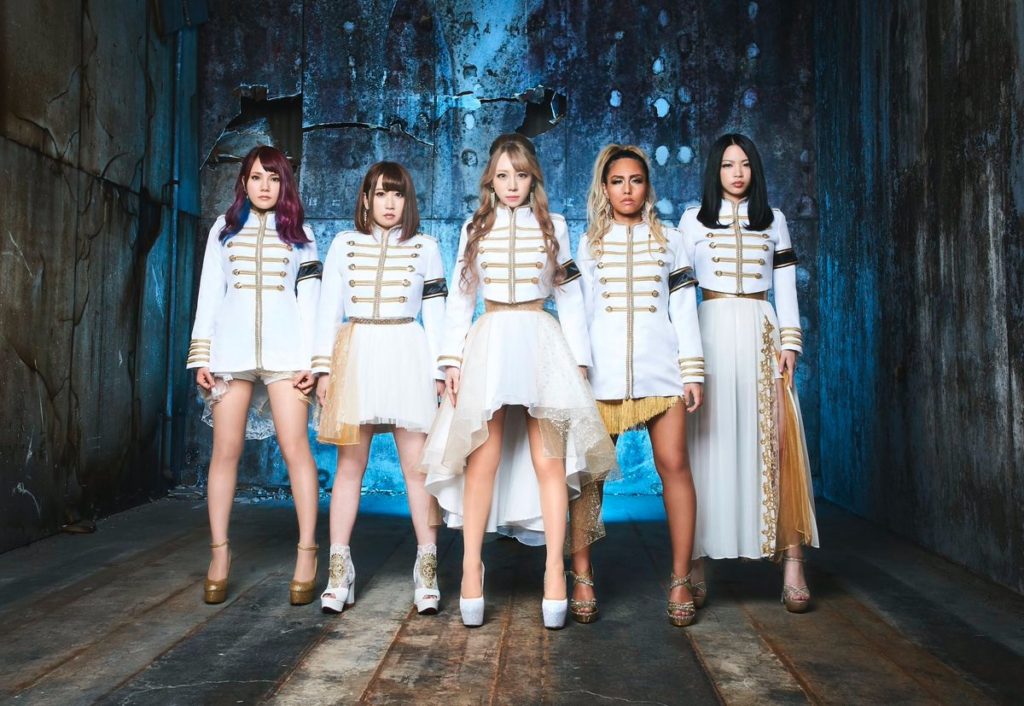