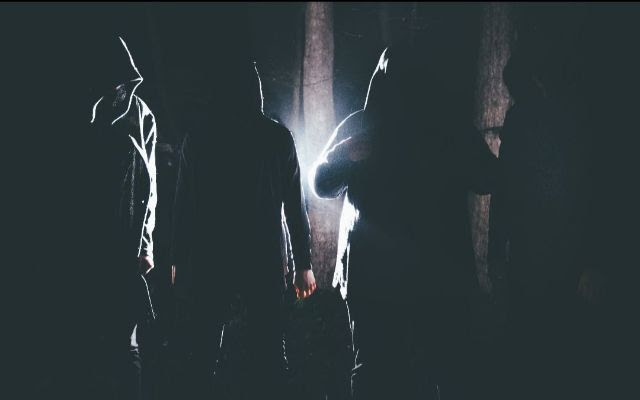 Enigmatic dark metal outfit DEATHWHITE has shared a brand new video for the title track of their latest album, Grave Image. The video, which was made by Guilherme Henriques, is available HERE.

“The themes reflected in both the video and song are indicative of the world we currently occupy — the pandemic of 2020 simply amplified those matters. The havoc wrought upon this planet via the denial of science and facts will have an adverse effect for generations to come. As suggested in the accompanying lyrics for Grave Image the song, these wanton acts are far from an illusion, but instead are now a part of everyday, real life.

“With 2020 about to bow out, we are looking toward the future, namely our third studio album, as well as the ongoing promotion of Grave Image. We are currently deep in the throes of demoing and immensely look forward to putting the finishing touches on these compositions. The early verdict is that these songs are slower, doomier, and, dare we say more ‘atmospheric’ than before.

“We would also be remiss if we did not thank those who supported Deathwhite in 2020. We are forever in your debt.”

Grave Image was released earlier this year and has so far been named one of the best metal albums of 2020 by Metal Nation, Heavy New York, Dead Rhetoric, and A&P Reacts.

Grave Image can be streamed/downloaded/ordered at THIS LOCATION. 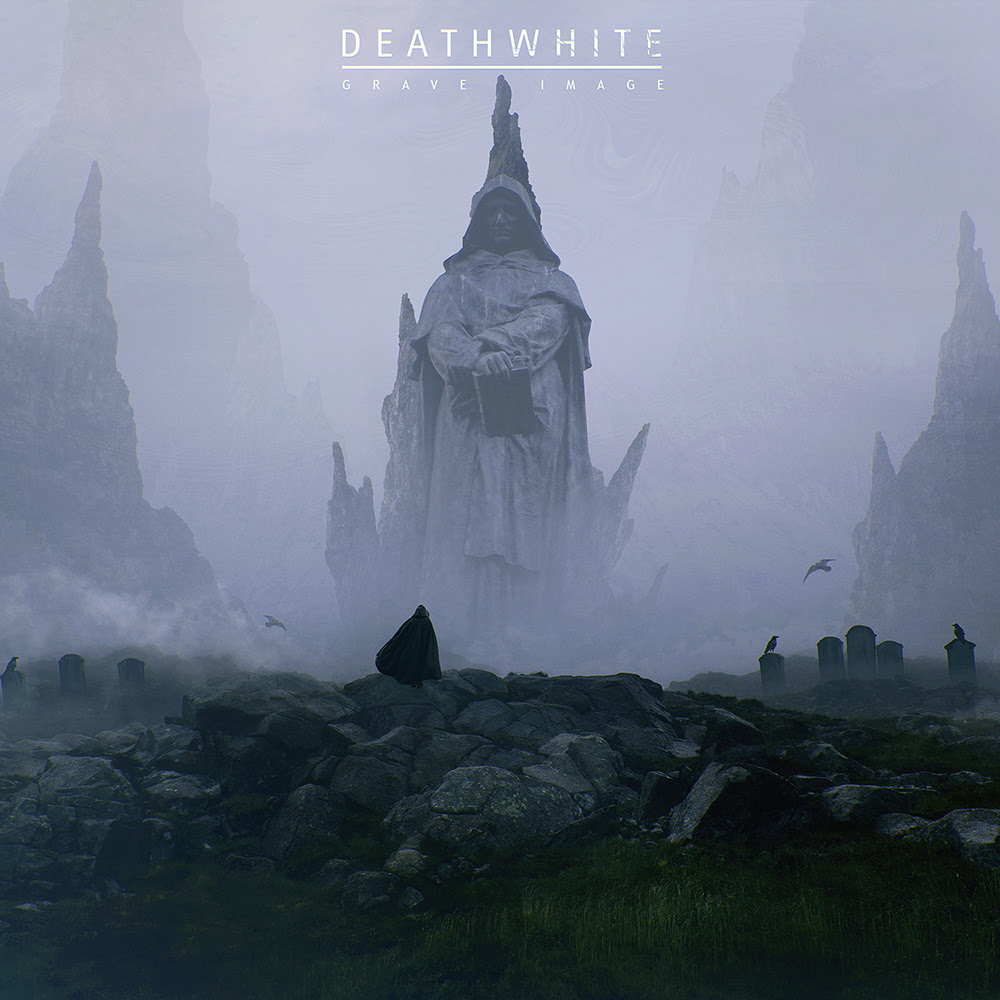 The fallible nature of mankind is reflected through its actions and words. Once an absolute, truth is now fluid, twisted and contorted to suit the often-short-sighted needs of those who now suffer the indignation of willful ignorance. Paired with the stench of hypocrisy and unrelenting depletion of the earth’s resources, and the state of the world could not appear graver. It is under this grey cloud that enigmatic dark metal collective DEATHWHITE created their second full-length studio album, Grave Image.

Grave Image was recorded during April and May 2019 at Cerebral Audio Productions with producer/engineer Shane Mayer; vocal tracking took place at Erik Rutan’s (Hate Eternal, Morbid Angel) Mana Recording under the supervision of engineer Art Paiz. The album was mastered by the incomparable Dan Swanö (Bloodbath, Edge of Sanity, Nightingale) at Unisound, and, as with the band’s previous two efforts, the artwork and design were handled by Jérôme Comentale, whose visuals are crucial to DEATHWHITE’s overall aesthetic.

Grave Image is a largely heavier and more orchestrated body of work than For a Black Tomorrow’(2018). The album is driven by clean, emotive vocals, an increasingly rare commodity in a metal scene so committed to harsher styles of singing. This embrace and execution of such vocals are one of the defining traits of the ten songs found therein, which also offer a wall of guitars flanked by a constant stream of melodies, the direct result of the band adding a second guitarist in 2018.

Since its 2012 formation, DEATHWHITE has remained committed to playing dark metal while remaining anonymous. The band is the utter representation of “the whole is greater than the sum of its parts” adage — its members are from disparate backgrounds and are once again spread out across the United States. However, DEATHWHITE remains a vehicle for its members to create new music and convey their unflinching sense of despair as humanity continues its rapid descent to the bottom.

“We consider ourselves to be quite privileged to have DEATHWHITE in our lives,” concludes the band. “With that in mind, Grave Image represents the months of hard work that went into its creation. It is our hope it will resonate long after we’ve outlived our usefulness. If nothing else, we hope it will find a home with those who share a similar frame of mind as us.”