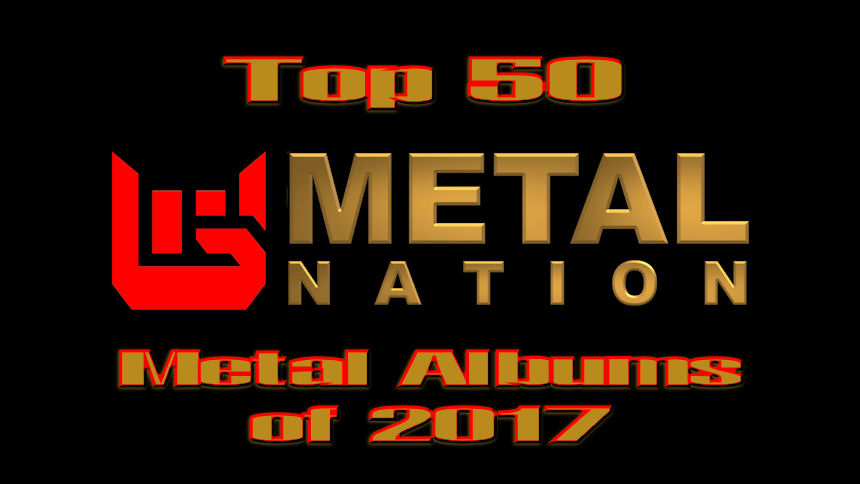 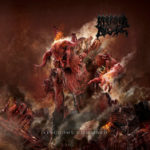 Like most Morbid Angel albums, I instantly fell in love with the artwork. For me starting with Domination, the artwork has always mesmerized me and I’ve spent many a night gazing at my vinyl getting lost in the intricacies of the piece. The music is as always, brutal, chuggy, with booming tones. I’m yet to be disappointed by these guys. — Rye Dude (RD)

I’m not going to lie, after the ill-advised 2011 disaster, Illud Divinum Insanus I had written Morbid Angel off as a band that no longer understood its fans. I had to swallow my own words with the release of Kingdom’s Disdained. Founding and soul original member Trey Azagthoth wisely reconnected with longtime bassist/vocalist Steve Hunter, and the two set out to make a true Morbid Angel record, and we can all rejoice in the outcome. — RR 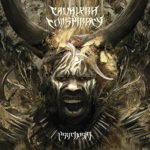 It is clear from the opening riff’s on Cavalera Conspiracy‘s fourth studio album that their time doing the “Back to the Roots” Tour has rekindled their fierce mindset. Brothers Iggor and Max Cavalera have recaptured the spirit of their Sepultura glory years. Psychosis is a sonic throat punch of relentless aggression from start to finish. There is a barrage of thrash heavy riffage supplied by Max and Marc Rizzo, but still there is plenty of groove as well. They even manage to incorporate a bit of industrial moments on the record, ala Max’s nailbomb era. This may well be the best Cavalera Conspiracy album yet. — RR Max Cavalera Interview 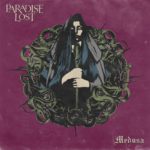 The English death/doom pioneers closed out their third decade with one of their strongest works, in Medusa. The album also showcases some of their heaviest work to date, in a manner of bringing them somewhat back to their roots. From the lumbering epic behemoth that opens the album, “Fearless Sky,” it is clear that Paradise Lost is prepared to bring the bleakness, pulling you deep into the darkness. With Medusa, Paradise Lost have come full circle with their sound, and fans should be pleased.  — RR 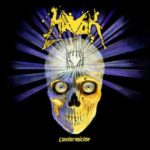 There is no doubt in my mind that this album will become one of the next thrash album classics. The thrashtastic vocals and songwriting from David Sanchez, sick bass work from Nick Schendzielos, face-melting fret pyrotechnics of Reece Scruggs, and juggernaut drum pummeling of Pete Webber, what more do you want? I’m super pumped to see these guys in a few months. In a broader spectrum, I can’t wait to see what impact Havok have on the younger generation of metal heads. Hopefully it will spawn a new wave of thrash metal. — AS Havok Interview

Thrash is like punk except with competent musicians; angry, fast, and has something to say. Havok‘s latest is on point, the musicianship is superb, and the message is clear: fuck the system and wake the fuck up! Nick Schendzielos is always flashy for a bass player in a thrash band, and he shines on this album, laying down grooves that compliment Pete Webber‘s fluid drumming, creating more than a solid foundation, they almost lead the music, almost, because together with the creative riffs, mad solos, and well structured songwriting, it coagulates into a cohesive powerhouse of a thrash album. — Bas Bizmark (Bas)

36. Dying Fetus – Wrong One to Fuck With (Nuclear Blast) 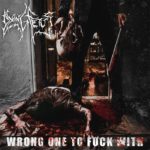 The best part about this album is the idiosyncrasy that is every lick and run. Each are like a snowflake. That’s right, I just compared to Dying Fetus to snowflakes. Deal with it. Wrong One to Fuck With was pissed. After listening to over 100 albums of 2017 alone, this one should be towards the top of any enthusiast’s list of musts. It also holds its own against its predecessors in the Dying Fetus discography. — AS Full Review

This is a heavy album… I mean really heavy. Probably the heaviest album on this list. Dying Fetus is usually the purveyor of insanely heavy, slow-chugging brutality and the new album is no different. The melodic solos give the songs some great depth, and the album name suits the sound tightly. — RD 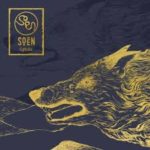 Super band line-ups rarely work. Maybe too much ego involved to write memorable songs, who knows. However, Soen has that Anathema vibe that I always like, and from the day since one of my close friends introduced me to them, I am hooked. And I adore Martin Lopez’s drumming. — Oganalp Canatan (OC)

With Lykaia, progressive metal act Soen manages to straddle the line between its lofty debut effort, Cognitive, and the heady and hectic frenzy of Tellurian. This is no easy feat, but the band handles it with skillful nonchalance. Rather than flash and technical wizardry, Soen creates its magic from a beautiful atmospheric palette. The analog recording adds a wonderful warmth, that blends perfectly with Joel Ekelöf’s smooth vocal delivery. This album marks guitarist Marcus Jidell‘s second appearance on this year’s Top 50 (see Avatarium above). — RR 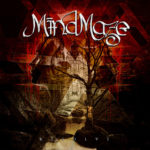 I have had a love-hate relationship with this album all year. Resolve is MindMaze’s third full-length studio effort. It is also a concept album and the band’s most complex and spirited record to date. Jeff and Sarah Teets pushed themselves creatively with this record, and the pay-off is immense. The songwriting has continued to grow more progressive and dynamic, and throughout Resolve you can feel Sarah’s emotion resonating alongside Jeff’s creative muse. I love this album for its ambition, the end result making it one of 2017 best power-prog albums. I hate it because, for all of its expansiveness and brilliance, I love the melodic hookiness of their 2014 release, Back from the Edge more, and I know I shouldn’t. — RR  MindMaze Interview 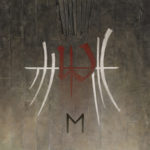 I am not sure how Enslaved does it. Somehow with each album the Norwegians continues, not only to remain relevant in a swarm would be pretenders to the throne, but they manage to cut a swath right through the glut of mediocrity that aspires to take the crown. E continues to find Enslaved the masters of genre-bending, blending together elements of progressive and melodic black metal with hints of Viking metal, psychedelic rock, and even post-metal shoegaze. Atmosphere is king, and the band leaves plenty of room for each track to breathe. The album is artful and cohesive, with the band allowing each song to build in its own way. E is not pushing the band toward anything new, but simply continuing the expansive path they have followed for the last decade. — RR

32. Warbringer – Woe to the Vanquished (Napalm) 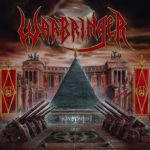 Southern, California’s Warbringer revels in brutality on its latest release, Woe to the Vanquished. However, the sonic savagery conveys purpose and is not simply brutal for brutality’s sake. This is something that sets these extreme metal stalwarts apart from many of their contemporaries, who seem to ramp up the ferocity because they are checking boxes rather than serving the songs. Woe to the Vanquished takes the listener through a gauntlet of thrash riffage and triturating rhythms, but manages to serve it all over a bed of thorny melodies that stick around after the album has ended. Warbringer emerge victorious in their overdue return. — RR Full Review

Warbringer served up my #1 album of 2017, and delivered it with brute force. High-octane adrenaline meets dystopian terror. Vocalist John Kevill’s  banshee like vocals will leave you petrified. Anyone who has missed Woe to the Vanquished this year is a fool, and it is foolish to wait to listen to it any longer. Yes, it’s that good. Hearing them play the entire album live also stuck the nail in the coffin for me as my favorite metal release of the year. — AS

31. Lör – In Forgotten Sleep (Self Released) 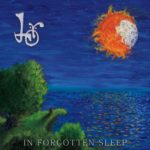 Holy power-prog, blackened death folk metal, Batman. This album was a late discovery (as often happens with the unsigned) and repeated listens might have pushed it further up the ladder. A stunning debut record from Pennsylvania’s Lör.  There are so many wondrous aspects that make this record an instant break out debut and so little space to write. It’s like the members of Lör got together and said, “Hey, just for fun, let’s blow everybody’s fucking minds.” Every track takes the listener on a dizzying sonic journey, and each new listen will reveal greater nuance. If there is a single gripe about this album it is the stifled production and engineering that too many independent releases suffer from. That said, you must listen to this record. Do it now!  — RR